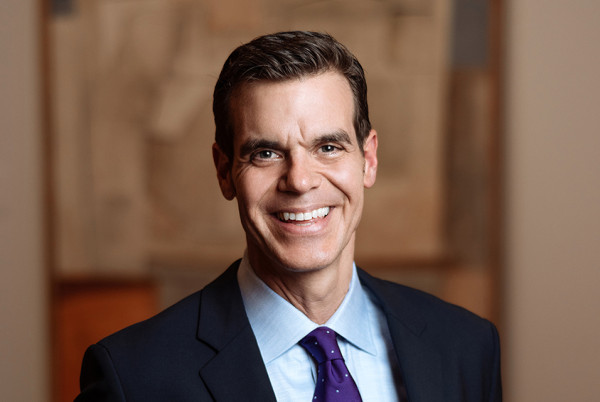 Yesterday the McNay Art Museum in San Antonio announced the appointment of its new director. Dr. Rich Aste, currently the Managing Curator at the Brooklyn Museum in New York, starts work at the McNay on September 12. He’s stepping into the shoes of longtime predecessor Bill Chiego, who announced his retirement last year.

Aste was born in Lima, Peru and raised in Miami. Before his time at the Brooklyn Museum, he was the Associate Curator of European Art at the Museo de Arte de Ponce in Puerto Rico.

We caught up with Aste over the phone as he’s in San Antonio this week doing the press rounds and house hunting.

Glasstire: Let’s start with the obvious: What are your plans for the McNay?

Rich Aste: I’m the most excited about building on the current director’s legacy, Bill Chiego. Bill and I share the same core values and here at the McNay that means bringing this world-class collection to everyone, making it extremely accessible and breaking down any social barriers to this transformative art experience. That’s my number one priority. I’m also very committed to diversity—diversity within the institution as well as the visitors and supporters—to making this a very welcoming experience. I don’t want anyone coming to the McNay to have to ask themselves—even for a second—is this place for me?

RA: Art is at the core of what we do. We are art museums; I speak to that core very naturally coming from a curator position. I will always be a curator, and will always be driven and moved by the ability of these wonderful objects to be able to tell important, socially responsible and socially relevant narratives. As a director I will draw on my past experience—as recently as last week at the Brooklyn Museum—in moral and cultural leadership. So I was hired in a leadership role already in Brooklyn six years ago; I was brought on to bridge a gap between its collections and its Latino community. And I learned moral leadership early on there as well because Brooklyn is celebrated for its global, inclusive thinking.

And that’s something that squares with my own core values, and my own world view. I was excluded as a child growing up an immigrant in Miami and I know what it feels like to be excluded, and I am very committed to not having one visitor feel excluded from a place like the McNay.

GT: Do you feel that curators have a responsibility to move into director roles when they have the opportunity?

RA: Not at all; there’s room for both. I have great friends who are curators who have no aspirations to be a director. I personally am very passionate about my vision and the vision of my mentors, who were both curators and directors, and I wanted to really bring that vision to San Antonio. I applied for this job in very large part because of the community I will now serve, and I believe in my vision. I think it’s a very noble vision; it’s a socially responsible vision, especially now in 2016. And I want San Antonio to benefit from that vision of inclusive thinking.

Finally!!! Straight White Male Artists Get Their Due!