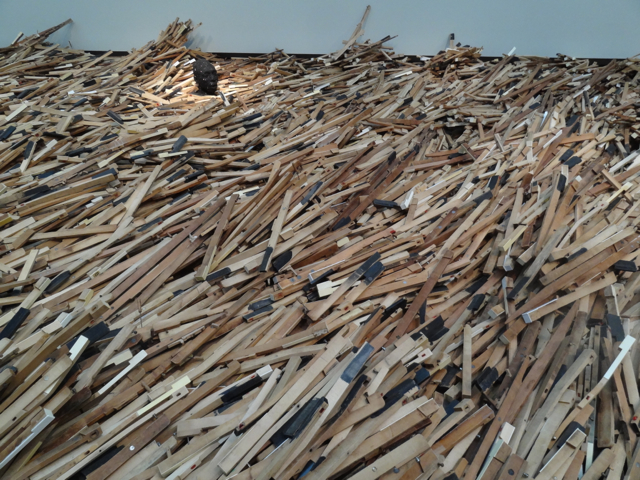 Radcliffe Bailey’s show “Memory as Medicine” opened at the McNay last week.  I first saw Bailey’s work in “The Magic City,” his ill-fated show at the Blaffer Gallery in 2001. Water is a recurring theme for the artist and it is strangely notable that Bailey’s Blaffer show opened during a flood. Tropical Storm Allison was a deluge of biblical proportions that dumped almost 40 inches of rain on Houston.  I saw the show the morning of the storm.  The official opening pretty much coincided with the peak of Allison’s wrath. Roads started closing that night as the flooding got worse and worse.  By midnight practically every major road or freeway was under water. People were abandoning their cars and fleeing to higher ground.

Downtown, water poured into the tunnel system, destroying archives, costumes and instruments in storage areas for the Houston Symphony, Houston Grand Opera, and Alley Theater   The Medical Center flooded and hundreds of lab animals and decades of research were lost. Homes all over the city filled with water. People died in their cars on flooded roads. A woman drowned in an elevator when a security guard urged her to go down into the subterranean garage and move her car. 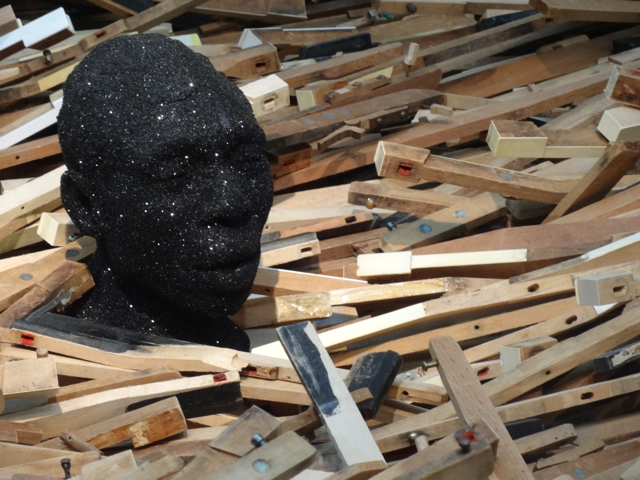 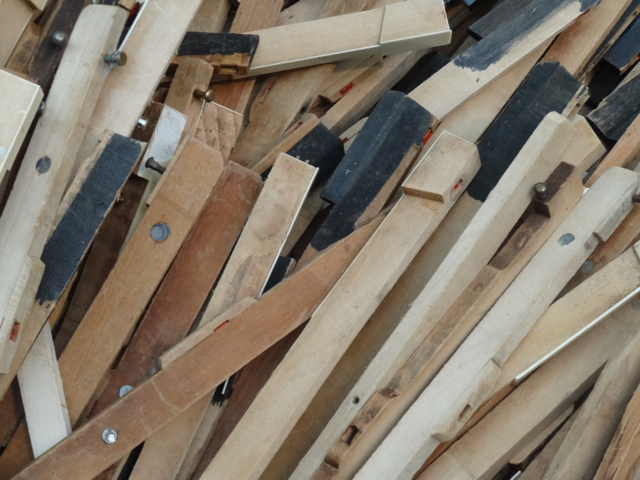 Bailey, trying to navigate his way through an unfamiliar city and flooded roads, found himself stranded and had to spend the night in his car. His show at the Blaffer flooded but the water did not reach the work.

The morning after the storm, I walked down to the Hazard Street bridge over Highway 59. The  flood waters were receding but still almost reached the bridge. People were kayaking down the highway, though floating debris, around the top of a crane arm, over submerged cars and past a bobbing blue port-a-potty.

When I saw the Windward Coast installation in Bailey’s show at the McNay it reminded me of Tropical Storm Allison. The piles of old piano keys covering the floor seemed to undulate like a carpet of floating debris. Water and boats appear over and over in the Bailey’s work. He references the deadly ocean crossings of slave ships and perhaps the deadly rise of floodwaters. Bailey’s work deals with history and memory on a grand scale as well as a personal one. 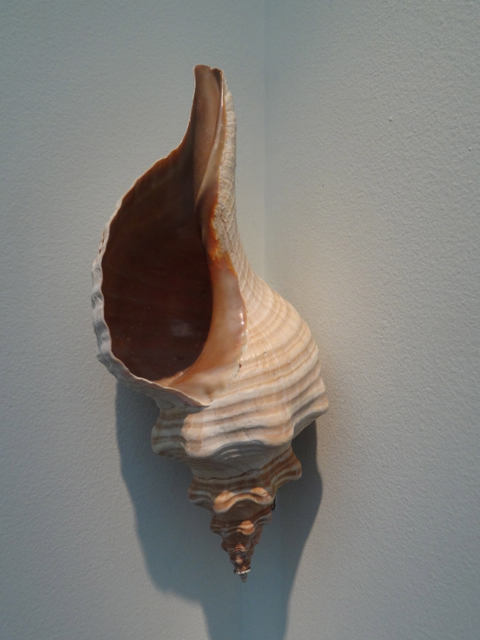 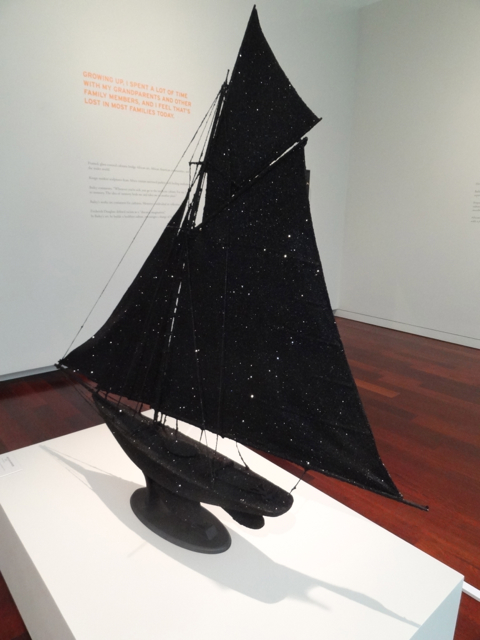