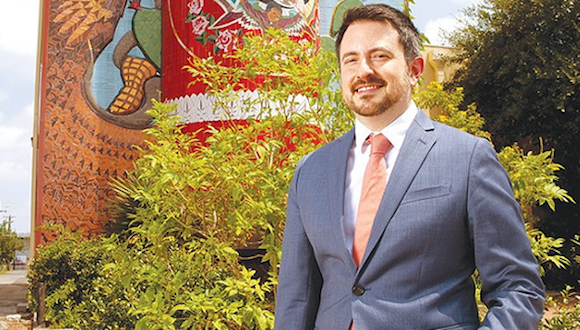 Jerry Ruiz, executive director of the Guadalupe Cultural Arts Center (GCAC), has announced his resignation, reports the San Antonio Express-News. Ruiz, who was hired in May of last year, will stay on through July. The Guadalupe has had a hard time keeping the position filled. Since 1998, the organization has had four executive directors, with interim directors between hires. The GCAC is immediately launching a national search.

The controversy over the withdrawal of the Guadalupe as the host for the CAM 2016 Perennial in February had nothing to with his decision to leave, says Ruiz. (For more on that controversy, go here and here.) He wants to focus on his theater career and has taken a job with PlayMakers Repertory Company at the University of North Carolina-Chapel Hill.