The Blanton Museum of Art in Austin has just announced plans for a complete reinstallation of its collection, set to open in February of 2017. The reinstall, collectively titled You Belong Here: Reimagining the Blanton, will aim to present works that have rarely (if ever) been on view at the museum. The title of the show is taken from Tavares Strachan’s You Belong Here (Yellow), a neon work recently acquired by the museum. 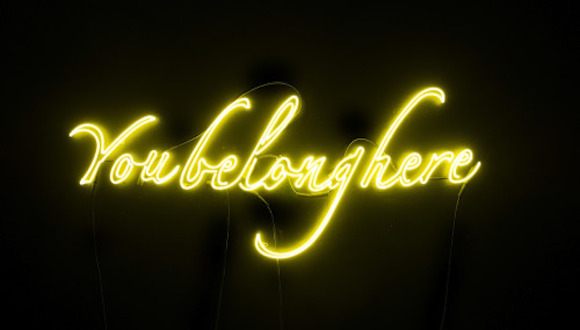 In addition to renovation and reconfiguration of the galleries, the reinstall promises (via the museum): “new wall texts and object labels that contextualize works to help audiences gain a better understanding of the collection; more intimate viewing experiences; and galleries devoted to Spanish colonial art and video art, neither of which have had dedicated spaces at the Blanton before.” The museum will rotate its collection more frequently, beginning with several new exhibitions that will change throughout 2017.

In addition to the reinstall, the building itself, which opened in 2006, will receive some much-needed cleaning and restoration, notably the large upstairs gallery with the curved roof, which was showing signs of wear and discoloration on a recent visit.

The second-floor galleries will begin to close in January of 2016, so this is your last chance to go see them. Over the course of the coming year, the Blanton will continue to host traveling exhibitions. See their upcoming shows here.