You Don’t Have to be Rich to Rule My World, (But it Helps): Alumni Collectors to Speak at Blanton Museum 50th Anniversary Show 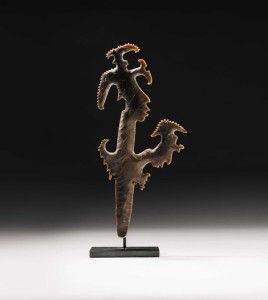 This Saturday, UT’s Blanton Museum in Austin is hosting a panel discussion among three major collectors (and potential donors . . .) who have loaned works the Blanton’s Through the Eyes of Texas: Masterpieces from Alumni Collections show. The panel, moderated by Blanton curator Annette Carlozzi, features Bill Wheless of Houston, Suzanne Deal Booth (Austin) and Jason Schoen (Princeton, NJ) in a discussion of their most exciting acquisitions, the criteria they use to make art purchases, and how they live with the treasures in their collections. The talk begins at 2pm on April 20 in the museum’s Rapaport Atrium, with a Q&A session to follow.

Art dealer Jason Schoen has a degree in art history from UT, and collects of American regional art between the world wars and work by contemporary African American artists and is involved with the Center for the Advancement and Study of Early Texas Art.  Works loaned to the exhibition include a Kerry James Marshall painting and a Charles White drawing of a mother and child.