The Boston Tea Party or the Mad Hatter Tea Party? 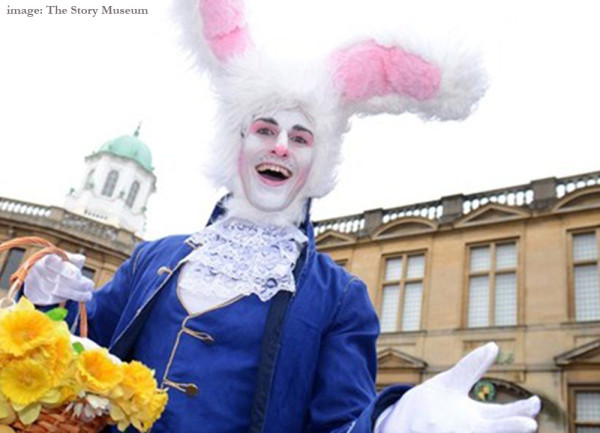 American history: In defiance of the Tea Act of 1773 and the whole idea of the “taxation without representation” thing, demonstrators threw an entire shipment of tea into the Boston Harbor, an act that really pissed off the British and eventually escalated into the American Revolution (1765-1783), during which the colonies declared themselves independent and no longer a part of the British Empire. The adoption of the Declaration of Independence on July 4, 1776, is now celebrated every Fourth of July with fireworks, hot dogs, and Willie Nelson.

British history: In many places, July 4th is also known as “Alice’s Day” in commemoration of the day that Lewis Carroll first told his famous children’s story, Alice’s Adventures in Wonderland, to his young inspiration, Alice Liddell. If you happen to be in Oxford, England, they may not be celebrating American Independence Day, but there will still be picnics, barbeques, and other festivities in celebration of this important date in the history of English literature.

If you happen to be in Austin, Texas, you can celebrate by catching the last few days of Alice’s Adventures in Wonderland at the Harry Ransom Center (it closes July 6). The Ransom Center always puts on a good show—fascinating, in-depth, historical stuff that keeps you poking through the displays much longer than you intended. For Alice, it has one of the few surviving copies of the first edition, a 1933 paper filmstrip that has been carefully treated by Ransom Center conservators, and artifacts that show how the story has inspired artists from Salvador Dalí to Walt Disney.

In Houston, artist Bridgette Mongeon has announced that she has found a location for her elaborate sculpture, Move One Place On, which includes monumental figures of Alice, the March Hare, Cheshire Cat, Dormouse and the Mad Hatter. The sculpture was commissioned by Jerry and Maury Rubenstein in honor of their mother Evelyn, and will reside within Evelyn’s Park at 4400 Bellaire Boulevard (the former site of Teas Nursery) with an anticipated completion of late 2016. Below is a short video about the odd project.