Ransom Center Finishes Conservation of Gone With The Wind Dresses 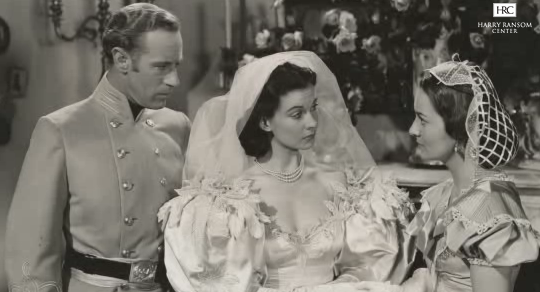 Conservation work has been completed on the green curtain dress, the burgundy ball gown, and the green velvet dressing gown costumes for Gone With The Wind in the Harry Ransom Center’s David O. Selznick collection. The ultra-careful conservation work took more than 180 hours between fall 2010 and spring 2012, and GWTW fans have been keeping track of every stitch through the Center’s thorough web-documentation with video, as well as finding an answer to the frequently asked couture question, “Do conservators always wear gloves?”

Donors from around the world contributed more than $30,000 to support the conservation work, which will enable the Ransom Center to display the costumes safely in a planned 75th-anniversary Gone With The Wind exhibition in 2014, and to loan the green curtain dress and burgundy ball gown to the Victoria and Albert Museum in London for the exhibition Hollywood Costume, which runs from October 20, 2012, through January 27, 2013.