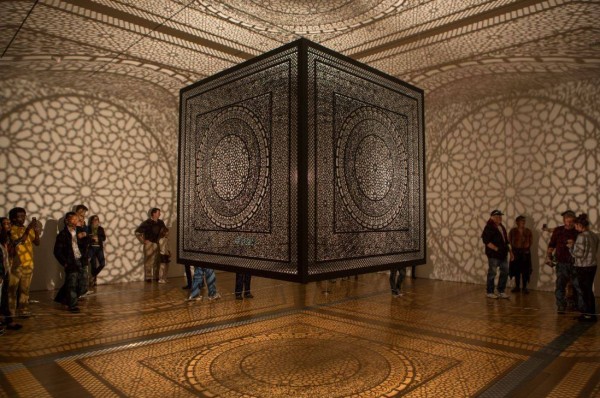 Dallasites looking for clues of what the next year’s ArtPrize is all about might want to go check out an installation opening April 9 at the Dallas Contemporary. Anila Quayaam Agha’s large-scale Intersections won both major categories of the high-profile, Grand Rapids-based art competition (one category is voted on by the public, one is juried), and Dallas will debut its own iteration of the ArtPrize next year— the first city outside of Grand Rapids to franchise the competition.

The Pakastani-born, Indianapolis-based Agha studied Fiber Arts at UNT. She won $300,000 for Intersections in Grand Rapids last year; around 400,000 people voted in the competition. The Contemporary’s new senior curator Justine Ludwig, who specializes in South Asian contemporary art, was instrumental in bringing the piece here. The installation will open at the Contemporary alongside two other exhibitions: David Salle and Nate Lowman.