by Jessica Fuentes May 4, 2022
FacebookTwitterEmail 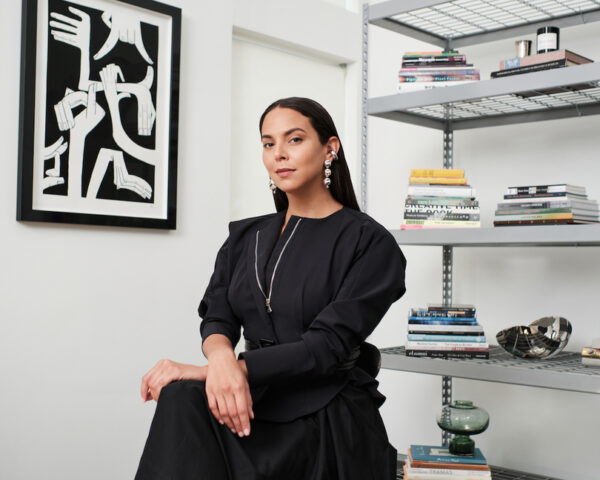 Earlier this spring, the Dallas Contemporary (DC) announced via Instagram that Carolina Alvarez-Mathies has been appointed as the organization’s new Executive Director. Ms. Alvarez-Marthies begins her new position this month.

Ms. Alvarez-Mathies joined the DC in 2019 (just months before the COVID-19 pandemic forced museums to close to the public) as Deputy Director. During her time in that role, she worked with DC staff, board members, and other stakeholders to update the vision and mission of the museum. Additionally, during the pandemic she led efforts to grow the museum’s digital footprint and identify new revenue streams. Ms. Alvarez-Mathies replaces Peter Doroshenko, who served as the Executive Director for over eleven years.

Of her new role, Ms. Alvarez-Marthies said in a statement, “Dallas Contemporary’s mission to present the most compelling art of our time dovetails with my own commitment to creating platforms that foster artistic innovation and deep connections amongst various audiences in the fastest growing metroplex in the nation. Collaboration and community will be at the heart of my approach. I will prioritize engaging diverse voices — from artists to curators and members of the public — with Dallas Contemporary. My aim will be to nurture greater dialogue, further engage the public with contemporary art, and reimagine the role the institution has within our community.”

Ms. Alvarez-Marthies is assuming her leadership role at DC at a time when the institution is coming out of a year of public scrutiny and turnovers. In April 2021, members from the community criticized DC for terminating two female employees shortly after they called on the institution to make a public solidarity statement in support of Asian Americans following a mass shooting in Atlanta that targeted women of Asian descent. Also, in recent years, the museum has seen many staffers leave, which included the 2020 departures of Angela Gonzalez Hall (Director of Learning) and Laurie Ann Farrell (Senior Curator); the 2021 departures of Rachael Huszar (Graphic Designer), Victoria Brill (Learning/Visitor Services Coordinator), and Elizabeth Hill (Learning/Visitor Services Lead Associate); and the departure of Mike Masters (Chief Financial Officer/Business Manager) in 2022.

After earning BS in Fashion Merchandising from Texas Christian University, Ms. Alvarez-Mathies started her career in the fashion industry. Prior to joining DC, she worked in New York at organizations including Creative Time (a public arts nonprofit which is now led by former DC Deputy Director and Chief Curator Justine Ludwig), El Museo del Barrio, and Roller Rabbit (a clothing company that works with international and US-based artisans). She was also a Central America Leadership Initiative fellow during the organization’s fourteenth cohort.

Ms. Alvarez-Mathies currently serves on the advisory board of Y.ES Contemporary, a Salvadoran nonprofit that creates opportunities for contemporary artists, and on the board of the Casita Maria Center for the Arts and Education in New York.