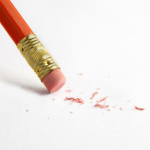 In a carefully worded press release Thursday, the Houston Arts Alliance announced the beginning of a new attempt at selecting an artist for a large commission at the George R. Brown Convention center in Houston, a commission that has become fraught with embarrassing errors, including the surprise withdrawal of a contract for the piece from Houston artist Ed Wilson, which has already led to the resignation of HAA’s Public Art + Design director, Matthew Lennon, protests from artists, and a spate of bad publicity.

The new press release does a little massaging of the record, saying the HAA’s Civic Art Committee voted to “delay the possible commission review” for the GRB piece at its Nov. 20 meeting, although in the official minutes of that meeting they voted  to “reconsider” the GRB project.

The reconsideration will begin with proposals from the same seven finalists as last time, but new selection panelists to replace the five who unanimously chose Wilson back in November. According to Molly Glentzer’s story  in today’s Houston Chronicle, they are: Christian Eckart, William Cannings, Jo Ann Fleischhauer, Devon C. Moore, Susan Plum, and the team of Jeff Shore and John Fisher, and Ed Wilson. Glentzer asked Wilson if he would resubmit his proposal to the new selection panel, to which he said “I would have to really think hard about it.” She ends her piece by supposing the other six artist might also decline to compete, and asks, “Then what?”

HAA’s executive committee approved a new set of policies and procedures on January 5, and obtained a deadline extension from Houston First, the clients for the GRB project, allowing the reconsideration to move forward. Marc Melcher, Chairman of HAA’s Board said, “This extension ensures the adherence to the rigorous observation of due process, especially when it comes to decisions on the spending of public monies.” There was no mention of possible reconsideration of other recent commissions awarded under the old procedures.

This is like a dog and poney show. All’s appears very disrectful to Ed Wilson, the artist unanimousy chosen by the first panel. What’s or who is next. In golf terms, this is called a Mulligan, where you swing til’ you get what you want… Not sure who is being disrespected more, the artist or the panel?

Well Done! Shows depth and feelings for the Art and Process.

I can only hope the candidates for the do-over will be as truthful of the personal feelings, craft with a public response. The HAA gives all the appearances of hiding behind a cloud of double speak.

The opportunity for recognition and funding of a major art work will be difficult to turn down gives the HAA yet another opportunity to cloud the whole fiasco.

For the artist who have the difficult task of how they want to go forward and be remembered and I feel for your dilemma. How or what do you submit, your second choice (surely you already gave us your best?) or resubmit your original idea. Sorry I see only a loose/loose outcome in either case.

As one observer it is easy HAA’s Civic Art Committee THAT THIS JOB AND SHOVE IT”!!!! There is no way HAA comes out clean or veil of doubt in the minds of the public or the Houston artist community. HAA decision to require a reapply, must take a bigger step and remove themselves for the final selection. Man up HAA you created this mess now work the seven artist, original selection panelists and Matthew Lennon and create a mutually acceptable independent selection for Houston and the GRB.

I challenge all to speak up and fulfill your civic responsibility and share your comments.

Keep trying to put myself in these artists shoes. Really think about that. The original decision by the panel was overturned (as far as I can see there has been no explanation why). These artists are being asked to resubmit their project and proposals to a new panel, and go through the same exact process again….except now this is one of the most charged political projects going on in Houston.

If Ed resubmits and wins, I still see this as a loss. Nothing has changed about how it is done, the committee still has over-site on the outcome and can circumvent the panel decision, except now we wont hear about it. Less transparency.

Say Ed doesn’t submit, now every other artist is faced with a moral dilemma, do they submit to a process they may or may not agree with. Do they want to be the “Other” and if they do move forward, what implications will that have? Will the community embrace art for arts sake and champion local artists creating work for the city?

Say they all decide to not submit. Most likely this will go to a national open call as the percent for art is just in sight and HAA would not want to lose the contract and its 17%. A project that would have rested on locals, is now in the hands of an outside artist. Houston First becomes Houston last. Keep in mind that the GRB is a big building, this is a huge renovation, does anyone honestly think that this commission is the only one, or even the largest?

HAA is asking these artists to be put in the spotlight on possibly a national level, not just their work but their entire reputation. Googling their name is invariably going to pull up HAA and vice versa, even as it is now.

HAA through their silence and policy of sending out a tiny piece of information, and then closing the doors in hopes that it is going away, has created a situation where there is no “win” and everyone is going to look tarnished. Surely they know that this was going to happen, I would hope they understand that this all could have been avoided….but their actions say otherwise.

If I had any advice to these artists, it is this….
You are the ones that are in the position to ask questions and address HAA. If they respect you enough to have you reapply then they should respect you enough to address your concerns openly, honestly, and with a clarity that no one outside of this situation has been able to do. You have every right to go into this knowing exactly how the process is conducted, and why the process you were in before is required to begin again.
Take all of that into account, and ultimately make your own decision,
because it is yours alone to make.

I cannot speak for the rest of the arts community, I can only speak for myself.
I will respect and support any of your decisions 100%.

It’s almost St. Patrick’s Day and I’ll be heading home to ÉIRE where we don’t dye the rivers green. The snakes will remain in Houston. Which reminds me.

What’s happening with the GRB selection? Is it true that HAA hasn’t completed their expedited duplication process yet? How was the redo conducted? We know that fair disclosure of proposals weren’t initiated. Leaving Ed Wilson as the only blind candidate.

What role has the HAA committee played so far? Imagine trying to have an open discussion about an artist’s proposal with a band of dabblers in the wings waiting to second guess your decision? Especially if you’re aware of the disrespect this committee afforded the last panel.

Why is Houston First putting up with such a boondoggle? No matter what the drawn-out conclusion is for GRB, there’s more questions than answers about HAA and its governance.

Meanwhile it’s like anticipating the Oscars. Could HAA do a public award ceremony, with a red carpet and a host with a rictus smile? Little self- conscious puns could be made in poor taste about the need for procrastination or why contracts are soooo lame. The chair of the CAC could refuse to announce the winner because he’s ‘tired of everyone being up his grill.’

It could replace HAA’s gala and still be a merry evening without content but filled with self-congratulatory back slapping.

This mishandling has a serious ripple, and is not limited to just this one fumble with our city’s consideration of art artists. The cultural plan is being written for thousands and thousands of dollars and when the new mayor comes in, it may just be a poorly written wishlist on a shelf. This city deserves better.

The bad publicity surrounding the GRB/CAC is spreading beyond our state in whispers now, hopefully it does not get more embarrassing.

“Christian Eckart, William Cannings, Jo Ann Fleischhauer, Devon C. Moore, Susan Plum, and the team of Jeff Shore and John Fisher, and Ed Wilson”. One only hopes that the artists who decided this “redo” was a farce should be commended somehow. Does Molly Glentzer with the Chronicle know the story?

“The cultural plan is being written for thousands and thousands of dollars.” Actually, the city is paying the consultants at least $200,000 for helping draw up the plan, according to the Mayor’s Assistant for Cultural Affairs.

I wonder how much actual art $200K could buy…

The thorough skimming of public art commissions by official agencies of virtue is ridiculous. The HAA’s $170,000 payout on the GRB fiasco, plus the Mayor’s new $175,000 for consultants to imagineer (sic) something different would be much better spent as direct grants to working artists.