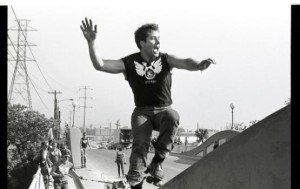 Long before the term “flash mob” was coined in 2003, long before loose-knit groups of fun-loving disruptive anarchists learned to call themselves “performance art collectives,” and long before there was any activity in downtown Houston after dark, there were the Urban Animals.

Formed in 1979 by Edie Scott and Scott Prescott, the Urban Animals were a group of street skaters whose activities included roller hockey, parking garage surfing, midnight crosstown skating, bar hopping, roller jousting, and graffiti art. There was a definite punk rock mentality to the group but, by the late 1980s, they numbered in the hundreds, included folks from all walks of Houston culture, and were known for their generous charitable efforts.

In celebration of the Urban Animals’ 30th anniversary, there were some nostalgic screenings of the 1985 documentary Speed Street in conjunction with the Contemporary Arts Museum Houston’s No Zoning: Artists Engage Houston. For the 35th, they are going back to their punk roots with a good old-fashioned raucous reunion at Houston’s Numbers nightclub. On Saturday, June 14, 8 pm-4 am, there will be a public celebration with DJ LP spinning tunes and special guests Mydolls, Bad Samaritans, Herschel Berry and the Natives, and The Footnotes.

Also, a popup shop, “Le Urban Animal Boutique,” has been set up for Urban Animal swag (their t-shirts were a must-have for cool but non-skating wannabes of the 80s). If you think true punk and merch don’t go together, remember that the 80s were a bit confusing, as is exemplified by this amazing Urban Animals/Foley’s department store commercial rediscovered by the Mydolls’ Trish Herrera: