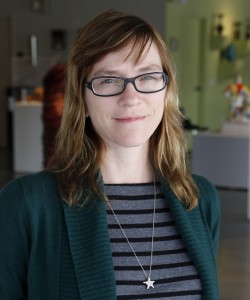 The Houston Center for Contemporary Craft (HCCC) has announced that Elizabeth Kozlowski will join its staff as its new curator in January.

Kozlowski recently received her Masters in Museum Studies from the School of Human Evolution and Social Change at Arizona State University, where she has served as the Windgate Curatorial Fellow for the past two years. The fellowship culminated in a national exhibition, Crafting a Continuum: Rethinking Contemporary Craft, which will travel to HCCC in the summer of 2015.

“I am especially interested in supporting the role of the makers and creators of objects that become such an integral part of our lives,” says Kozlowski, “and I’m excited to be in the middle of Houston’s vibrant arts community, where so much is happening within the field of contemporary craft.”