Only a Few Weeks Left to Declare an Outstanding North Texas Artist! 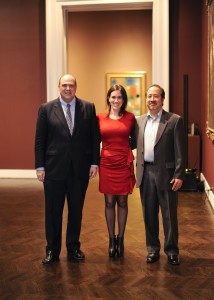 Applicants must have exhibited professionally for at least ten years and have a proven track record as an active community advocate for the visual arts. To be considered for the $1500 prize, the artist must reside in one of the following North Texas counties: Collin, Dallas, Denton, Ellis, Hunt, Johnson, Kaufman, Parker, Rockwall, Tarrant or Wise. For an entry form, or to read the impressive list of past recipients, visit the Award’s webpage.

$40K Will Buy You the Silliest-Sounding Masters Degree