Similar But Different #30: Art As Digestion

shit | sh it| vulgar slang
verb (shitting; past and past part. shitted or shit or shat | sh at|) [ intrans.]
expel feces from the body.
• (shit oneself) soil one’s clothes as a result of expelling feces accidentally.
• (shit oneself) figurative; be very frightened.
noun
feces.
• [in sing.] an act of defecating.
• a contemptible or worthless person.
• something worthless; garbage; nonsense.
• unpleasant experiences or treatment.
• personal belongings; stuff.
• any psychoactive drug, e.g., marijuana.
exclamation! of disgust, anger, or annoyance.

So, after many months of transition and change, I am happily back in the world and back at Glasstire. Finally settling into a life and studio practice after another year of upheaval has me thinking about shit both literal and metaphoric. Ideas about movement, decomposition or dissolution and regenerative life forces…let the shit hit the fan!

Up first: performance artist Karen Finley talking about degradation by smearing herself with chocolate. 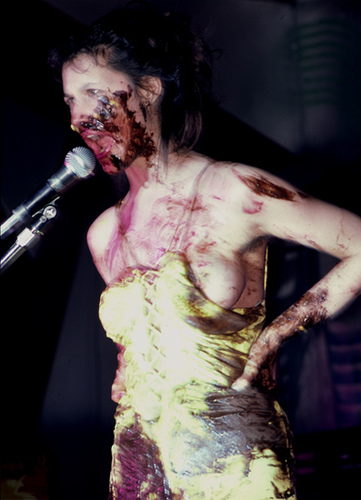 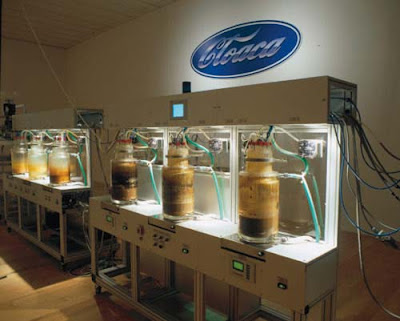 Cloaca, the result of a three-year collaboration between the artist Delvoye and scientists at the University of Antwerp, who tried to duplicate the functions of the human digestive system. I saw it at the New Museum back in 2002 and still remember the serious laboratory system and baby poop smell. 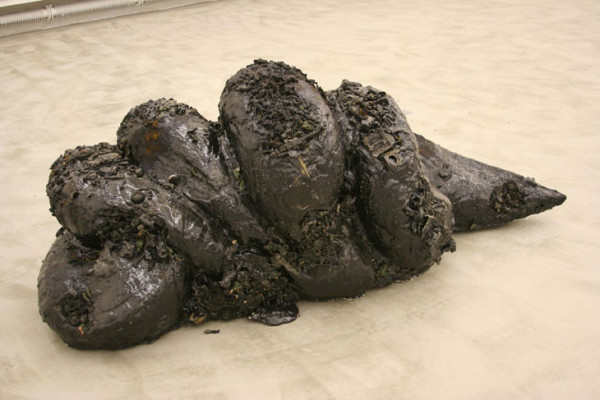 Lui Wei’s Indigestion II  is a monumental bronze poo protest. Filled with rejection, humor and hundreds of half digested toy soldiers. A solid (not so solid) statement from this Chinese artist.

Then: Phoebe Washburn’s Tickle The Shitstem, more artwork about production and waste. 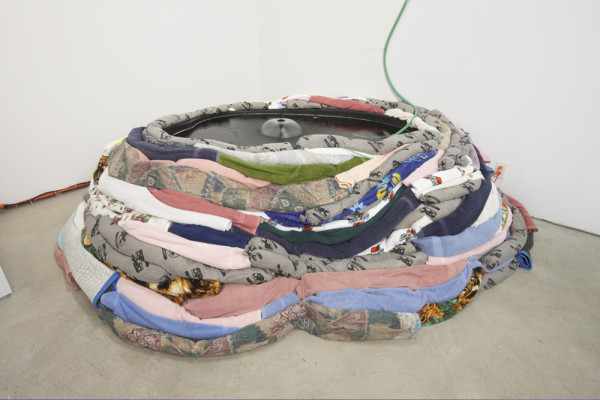 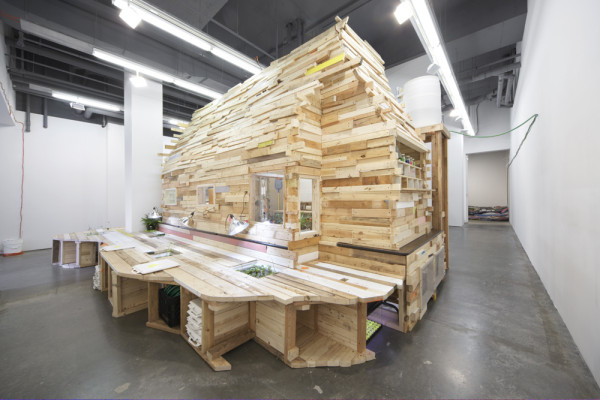 This: Paul McCarthy’s reference and take on Piero Manzoni’s work Artist’s Shit. Out of the container and back into nature. It’s inflatable cuteness with a new plastic smell. 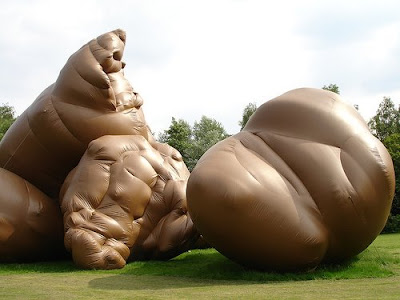 From that: Piero Manzoni’s ninety cans of Artist’s Shit sold at the then-current price of gold. Showing the power of the creative act as art and in the form of the artist’s own secretion. It is signed by the artist for both proof and value. 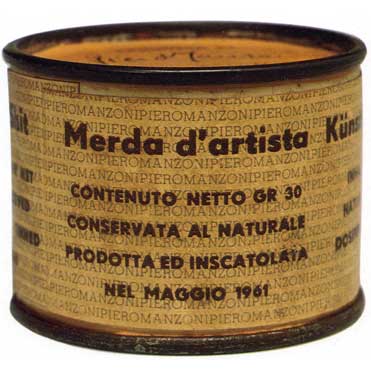 Up next: literary feces:

An excerpt from David Sedaris on “This American Life.”

“It was one thing to sit in front of the television, second-guessing a third-rate detective program, but quite another to solve a real case. We were well into our summer reruns when our household was shaken by a series of very real crimes no TV detective could ever hope to crack. Someone in our family had taken to wiping their ass on the bath towels.

What made this exceptionally disturbing was that all of our towels were fudge-colored. You’d be drying your hair when too late, you’d notice an unmistakable odor on your hands, head, and face. If nothing else, life in the suburbs promised that one might go from day to day without finding stool samples in their hair. This sudden turn of events tested our resolve to the core, leaving us to wonder who we were and where we, as a people, had gone wrong.” More here…

Jonathan Frazen’s  “The Corrections,” a novel with poop that mocks the main character as it scurries across the floor. A disturbingly sad and ridiculously funny few pages that are also a statement on dementia in an aging suburbia.

And my favorite children’s book “Everyone Poops…” 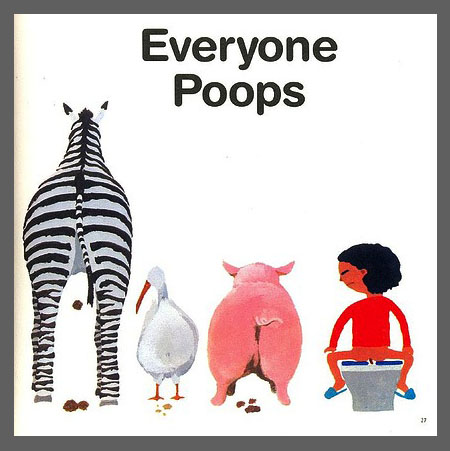 Not sure whether this post will leave you feeling inspired or in need of a shower—either way, sing it Tom!

And don’t forget Andres Serrano’s Shit photographs. I saw them at Yvon Lambert in New York in all their one-liner glory. A gallery assistant told me that each one weighed 500 pounds and it took 4 burly men to hang each one. The priest’s poo created quite a shitstorm.

@Colette – I saw Serrano’s opening of those images in Chelsea, and I swear it smelled like shit in there.

I once read a paper at an conference session titled “On Art History and Bullshit” — it’s fertile territory!

And then there is Chris Ofili’s elephant shit…

Metro Pictures also did a number of “shitty shows” on blankets.