by Rachel Hooper May 18, 2012
FacebookTwitterEmail 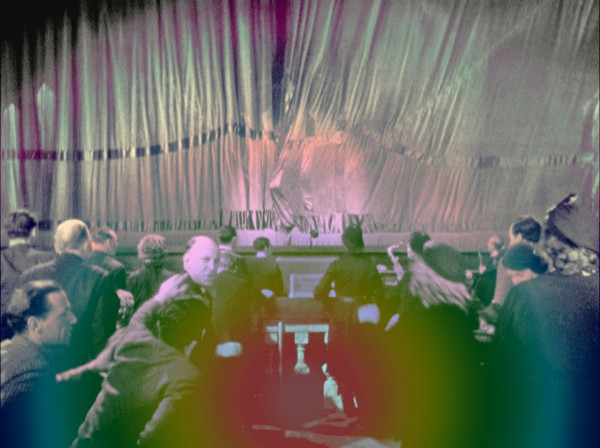 Sasha Dela moved to Houston about seven years ago as a fellow in the MFAH Core Program and quickly became an important part of the Houston art scene as a founder of SKYDIVE Art Space and regional editor of Temporary Art Review, where she recently wrote an insightful take on our city that recognized the crucial role that artist-run spaces play here. Wax by the Fire wanted to know more about how she manages to keep her art space and art-making in balance.

Wax by the Fire: How would you describe your artistic practice and the organization you help lead? Do you see them as interrelated?

Sasha Dela: Thanks for inviting me to do an interview with you Rachel! All of my projects originate from the drive to learn and experience new things. I organize shows and events through Skydive, write for Temporary Art Review and other publications, and make art– whether video, sculpture, installation, photography, or text based images. I see all of these projects as part of a whole, as a part of a creative practice. I am very excited about working collaboratively with other artists both in creating my own work and in the context of SKYDIVE and Temporary Art Review. I am interested in the voice of artists contributing directly in criticism, and to what gets shown, and to how the world functions in general!

I think that to have a strong arts community, artists need to commit to not just promoting themselves but promoting each other as well. It’s part of my work with Temporary Art Review not only to produce content, but to gather people to contribute their voices, most often they are artists. As an artist, I am always engaged with a place and its characteristics. Houston is a burgeoning scene with a lot of energy. I want to contribute to a diverse and critical discussion around the arts here, and I think artist-run spaces certainly can have a big impact.

SD: I rented a giant inexpensive studio in a run-down office building on Montrose. There was an extra office. I have lived in many cities, Minneapolis, Santa Fe, New York, Atlanta, San Francisco, and although I decided to stay in Houston after I finished the Core Program, I wanted to stay connected to those other communities. Ariane Roesch, who helped to found Skydive and was involved the first year, was originally from Germany, and also had connections to other communities. Inviting people to do shows here seemed like a good way to stay in touch. It’s not that I invite only friends, just people from outside of Texas. People sometimes get the wrong impression of Houston from the outside, because it’s in Texas and because of some of the politics that come out of our state. It’s good to bring artists in and to show them what’s really going on here. They always leave happy with a bunch of new friends and artists that they connect with. It’s great!

Just to add here- I feel particularly in the latest season of Skydive’s show’s and programming, I have been happily taking a back seat. The only way that a project like Skydive is possible is to share the responsibilities, and take time to recharge. I luckily am working with some brilliant people, Brian Piana and Nancy Douthey, my fellow co-directors, They have produced a great season. Also, at Temporary Art Review I work with artist Sarrita Hunn, who is full of insight and energy, and also James McAnally from Luminary Center for the Arts in Saint Louis. One of the advantages of collaboration is the ability to share the responsibilities and support each other.

WBTF: Can you give an example of a SKYDIVE project that you think was particularly successful in introducing outside artists to Houston?

SD: There have been a few shows and events that I think of. Sisyphus Office was great. Jonn Herschend organized the show, and all of the artists were charged with creating installations in local businesses primarily in our neighborhood. That was amazing. I always think that the shows that generate other projects after the fact are a way of measuring success. They seem to generate a certain energy and recognition that spurs them forward. Alex Clausen’s project he made for to be displayed in a local salon as part of Sisyphus Office has now expanded to a great project called Earthbound Moon. Elysa Lozano’s initial project that was included in that show, later became a full scale exhibition at SKYDIVE called An Exhibition of Proposals for a Socialist Colony, which brought many artists from overseas.

Nancy Zastudil helped to bring the group from Chicago here, Incubate, to do Sunday Soup. Local artists were asked to submit proposals for a project for which they needed funds. And one Sunday we hung all the proposals on the wall, Incubate made a huge pot of soup, that was $5 a bowl. The $5 also allowed the participants to vote for the proposal they wanted to be funded. All the money from the sale of soup was gathered in one envelope and awarded to the artist who’s project got the most votes. It was a really great and immediate way to support each other. I think there have been several Sunday Soup type fundraisers in Houston since that event.

WBTF: What do you do to sustain your practice as an artist?

SD: I think about myself, others, and the world a lot, and I observe things a lot. I love reading novels. I also like talking to other artists about things and getting a mind/creativity connection. It’s the basis of my practice. I think things happen that present challenges for artists, like having a job, being busy, health problems… the list goes on. As an adaptive shift, my practice really happens in the moments overlapping, hanging out, and in between. Arriving from all of those daily activities before an exhibition, I start making objects and images, and words too. In school, I learned that to be an artist I had to be laboring in my studio for hours on end, and I had to be completely isolated. It’s not me at all! And often unnecessary to having a successful practice as an artist.

WBTF: Do you use drawing in developing your artistic projects, like making sketches to try and visualize how your sculptures or videos will turn out?

SD: I have been creating sketches for an upcoming show in Photoshop. Working in installation is always difficult. The challenge is to envision the shift a work makes when it moves to a new space. Also, because I have limited studio space, I often have to wait to build works until the week before the show opens. So I have been using a combination of photographs, drawing, and assembling a mock up of a show in Photoshop. I have been surprised how useful this has been.

SD: I have a solo show at Art League Houston, which opens on May 25th titled, The Emotional Life of a Spy. I am very excited about putting this together, also a little nervous. It’s from a body of work, which I have never shown before, which I have been building on since 2009. This work is very personal and emotional. It’s been an intense few years. I’ve lost some family members I was very close to and the work uses parts of a film from 1935, which reminds me of their generation. It’s easy to relate to that time, because of the economic climate now. Ultimately the work deals with some pretty common themes that we all experience; connection and loss.