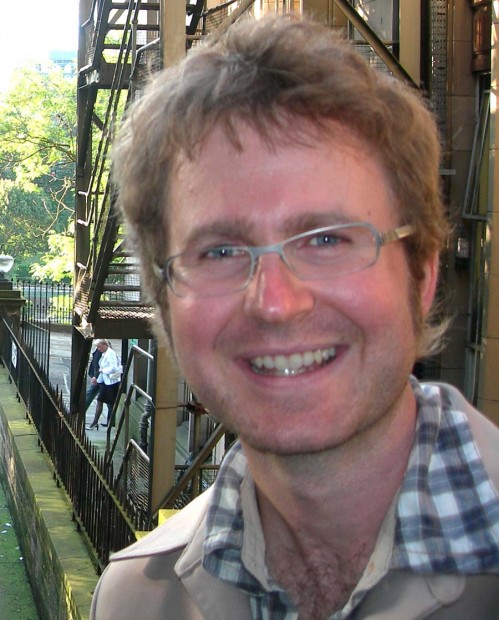 Ron Berry is the founder and director of the annual Austin performance festival Fusebox. Katie Geha (who with Sterling Allen and Travis Kent organized Files Desks Chairs for the Fusebox Festival Hub) sat down with Berry to discuss hybridity in arts, difficult works and the importance of starting conversations in Austin. Fusebox runs from April 25 – May 6.

Katie Geha: How would you describe the Fusebox Festival?

Ron Berry: I call it a “hybrid arts festival.” It collides all different art forms—theater, dance, visual art, film, etc. It’s about this conversation between these different art forms. It’s also about creating a conversation that spans geography. We wanted to reach beyond just Austin to create a more meaningful dialogue with the country/world. The festival programming is roughly one third local, one third national and one third international.

KG: What were you thinking about when you started Fusebox eight years ago? Was there any model you were basing the festival off of?

RB: It came out of trying to satisfy some needs that were both personal but also related to the arts community of Austin. I started, with friends, a funky warehouse performance space called the Blue Theater. It also housed a gallery space, the Fresh Up Club, and we also organized film screenings. My background is in theater and film, but I have always been interested in this conversation between different art forms. And I always saw that space as a hub for these different art forms and different discussions. In some ways it was, but it also felt like those audiences and conversations were still pretty distinct. So the festival really kind of emerged as a response to these things that were bugging me, these things I felt were lacking.

KG: What was bugging you? A distinction between media and its audience?

RB: Yeah, I felt that there should be a more vital conversation happening both between these different art forms and also between Austin and the world. I think there’s something inherently powerful (or at least there can be) about encountering something outside of your world/sphere. So the festival came out of this. But we didn’t really know what we were doing per se.  We basically had a month free in the space and we started the festival on kind of a whim. I funded it mostly on my Capital One VISA credit card and a little bit of funding from the city. We didn’t really know what we were doing, but each year we figure it out a little more. It’s been a really fun ride.

KG: Do the different media presented always correspond? Is it ever just a total disaster?

RB: Sometimes they correspond and sometimes they don’t. I’m really interested in this notion of hybridity. But that doesn’t necessarily mean there’s a harmonious marriage occurring, it can also sometimes feel like a hard collision. Just seeing things in proximity to one another is what is important. And I think that is what festivals do really well—you can encounter all these different ideas and perspectives in a concentrated place.

KG: How has the festival evolved?

RB: One of the ways it has evolved is through a lot of partnerships. These have really been a nice a way to grow the programming. More than that, it’s been an exercise in community building—not in a lip service way but in an actual meaningful way. We’re sitting across the table from each other and talking about what would be interesting and meaningful to do here. What’s needed? Partnerships also allow for us to do things we wouldn’t be able to do on our own. For instance, our partnership with UT helped us to bring in Joan Jonas. Having this pioneering video and performance artist on the schedule allows for a deeper context to emerge throughout the festival. There’s not a deep history of performance in Austin so anytime we can bring in someone who has an amazing body of work and/or is a seminal figure, it’s really helpful. 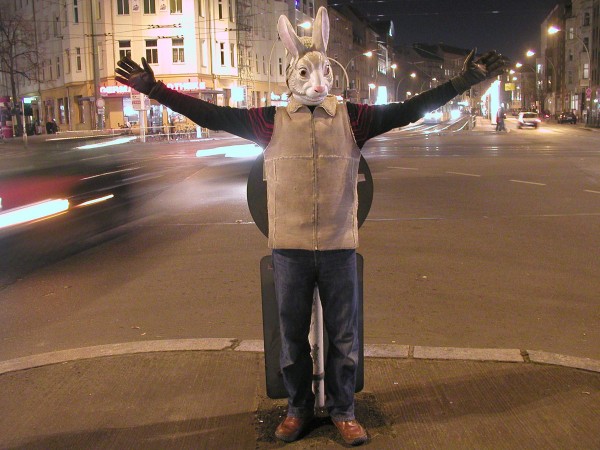 KG: It acts a little like an anchor in which to view the other works in the festival?

RB: Exactly. We’re also implementing a new culinary series called Digestible Feats. We pair chefs with artists from different disciplines to create interesting and fun culinary encounters. We’re also working with Wayne Ashley, who was the director of New Media BAM, and he left to create this new project called Future Perfect which is specifically about the intersection of art and technology. We’re working with him as a consultant to conceive and develop an art and technology platform in Austin.

KG: Is there something about Austin specifically that informed the project? Could this festival only happen here? Austin is such a festival town…

RB: I feel like Austin is a great place to try out ideas. There isn’t the pressure of The New York Times coming to make or break your performance. I think there’s something about that lack of pressure that is essential to making interesting work. You can try out ideas and questions in a liberated manner. The flip side of that is, sometimes there is a contextual piece and/or some rigor missing. Also, because there are so many festivals in Austin, it allows us to do other things. There is no reason for us to rent out Zilker park and do a concert—that’s been done really well already. So this liberates us to explore this idea of “festival” and really look at how we can leverage this type of platform to do some interesting things. I’m always interested in how we can use the festival to engage with place in interesting, surprising ways.

KG: How do you curate the festival?

RB: I don’t necessarily start with a theme or a grounding idea. Normally what happens is there is a show or two that really excites me and I start building it around those shows, thinking about what would be good counterpoints. Basically I’m just trying to build a conversation, not necessarily a linear conversation. I’m less interested in bowling balls and more interested in how a football bounces, if that makes sense!

KG: What were the two shows you were thinking about for this year’s festival?

RB: Really there are three shows. There is a performance by this group Wunderbaum from the Netherlands. I’d seen one of their shows at REDCAT in L.A. that blew my mind. They’ll be presenting a new piece that is part performance and part concert that is drawn from Werner Herzog’s documentary Encounters at the End of the World. It’s really a document of how they are responding to what is going on in Europe right now, though not overtly. It’s killer. It’s so fabulous.

We also commissioned a piece called An Evening with William Shatner Asterisk. Phil Soltanoff is directing the work and he has catalogued everything Shatner has ever said on Star Trek. We hired a writer to create an artist’s talk out of the text. It becomes kind of like the world’s largest crossword puzzle. For instance, Shatner never says “art” on Star Trek, but he does say “form” a lot. It’s fascinating, and what starts off as something kind of funny, quickly becomes this fascinating discussion. A new language is created, like Shatnerese! It kind of becomes this sound sculpture. 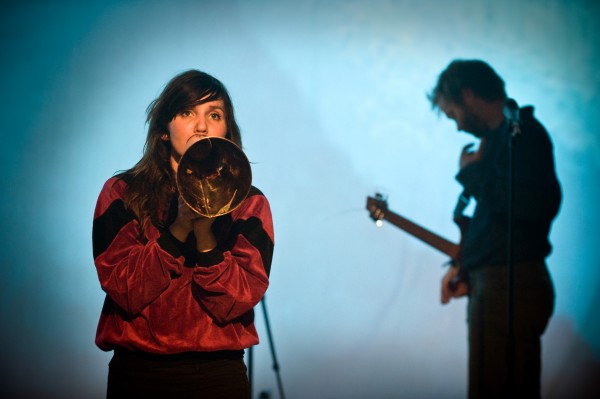 The third project is this group called Gob Squad. They are working at the forefront of contemporary performance. They employ a lot of video and media in really smart, wonderful ways as part of their exploration of the live space. This is a piece called Super Night Shot and they start the project an hour before the audience arrives. They set up four cameras and have 60-minute tapes on each camera. They hit record and they go out into the city and have exactly 60 minutes to make the movie. The first thing the audience sees is the artists returning from recording. They hook up the cameras to projectors, hit play, and see what was recorded. It’s a fantastic marriage between cinema and live performance. It really becomes a live cinema event.

KG: If you were to explain how your ideal spectator would react to a performance in Fusebox, how would you describe that experience?

RB: I hope, first and foremost, that it sparks fun and interesting conversations, both amongst friends and also amongst strangers. One of the things I love about being at festivals is just standing in line and entering in some weird and fabulous conversation with someone you don’t know. I’m hoping with the Hub space this year, that festival-goers use this space to do exactly that. The conversation piece is really important to me.

I’m also really interested in this question, “Do we have to relate to something in order to engage with it?” My hope is that people can learn to stick with something even if they can’t immediately relate to it. I think encountering something that we don’t fully understand right away is really wonderful. It’s less important to me whether you like something or not, it’s just about, what is the next part of the conversation?

[…] talked with writer Katie Geha in an interview with Glasstire, saying, “I feel like Austin is a great place to try out ideas. There isn’t the pressure of The […]