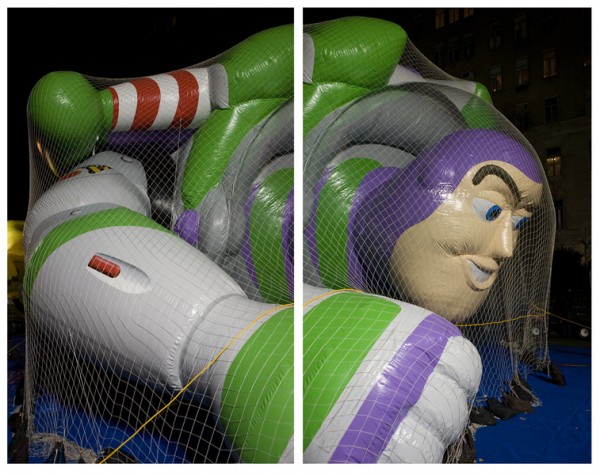 Post Pop Punks proffers many stops in its pop culture parade/group program which, according to the press release, “incorporates popular cultural references, utilizes appropriation, co-opts historical icons, (and) exploits the annals of art history.” And then there’s Adult Swim.

Behavior modification for cartoon characters emerges as the latest thing in thematic creativity. For Buzz Lightyear, astronaut action hero of Disney/Pixar’s Toy Story series, the aftermath of a night of wanton malingering appears to be captured both by Frank Hallam Day’s camera and some sort of restraining net. Though the shot must have happened during preparation of a giant Buzz balloon for a big city parade, Day’s framing and division of the image into a diptych makes Mr. Lightyear look like a show business has-been brought down from glory and ready for his first stint on Celebrity Rehab with Dr. Drew.

That’s where Adult Swim, the adult-oriented cable network that shares channel space with Cartoon Network, seems to have new influential power. I have no idea if any of the artists in Post Pop Punks watch that programming, but their work and this show certainly share its attitude and its revelry. Cande Aguilar, who curated the Slice exhibition at Cohn Drennan earlier this year, has three pieces in this show, all of them bobbing in the greasy competition of popular culture; his Dirty South (2010) pops with junk made pretty. 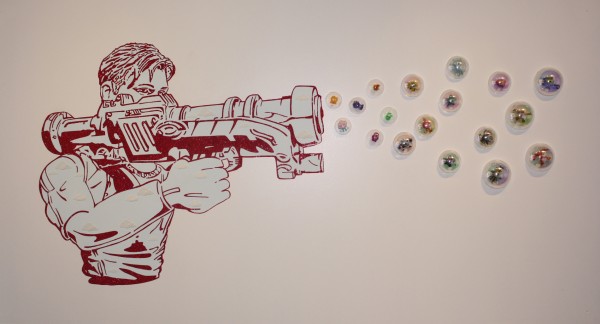 More than once I was reminded of Vernon Fisher’s K-Mart Conceptualism show at the Fort Worth Modern last year, and by more than one artist – Aguilar, Jason Reynaga, and Lanny Quarles belong in that group, with Quarles using a Fisheresque Mickey Mouse figure in his digital collage My Name is Chaos (2010-11). 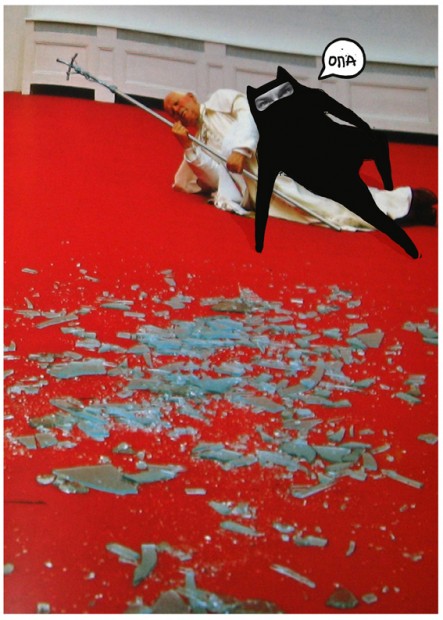 Regardless of your familiarity with Vernon Fisher’s work or Adult Swim programming, you will laugh your ass off in this exhibition. It hits from so many corners that you’ll make your own connections with your own visual culture highs and lows. And on that final note, I dare you to look at Lanny Quarles’ Food Preparation Conversion Computer or The Blue Rider and not be totally freaked out. 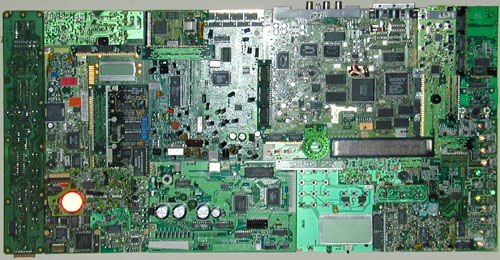 Betsy Lewis watches The Venture Bros. and writes from Dallas.