Seen at the new Kinder building at the MFAH, this small watercolor by Rockwell Kent of a woman near a waterfall in a mountainous landscape captures the exuberant, sublime feeling of being subsumed by nature. There’s a pleasing contrast between the brushy way Kent paints the sky, and the crisp, illustrative quality of the figure herself. The woman’s right hand in particular is excellent. 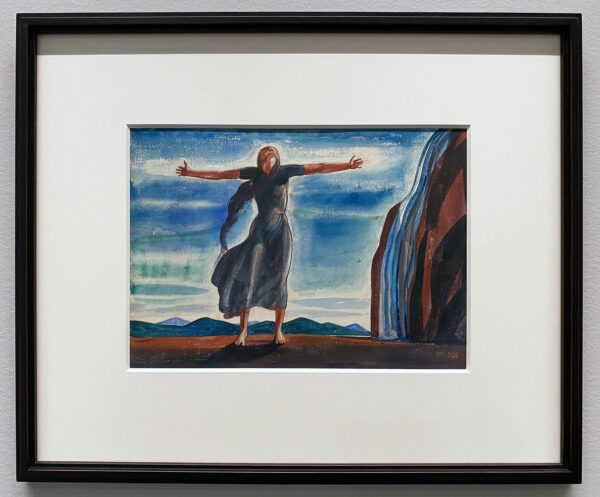 Rockwell Kent, Woman and Waterfall, 1926. Watercolor over graphite on wove paper. Collection of the Museum of Fine Arts, Houston. 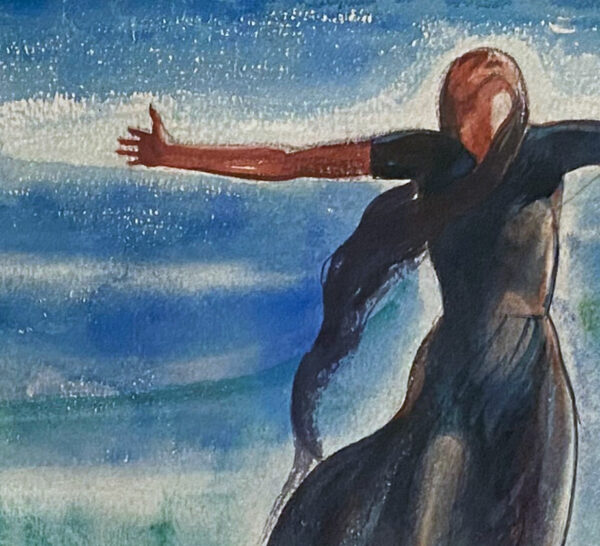 Any watcher of recent Disney movies will be familiar with a similarly exhilarating woman-with-waterfall image from the movie Brave. Here, the princess Merida climbs a rock tower in a dress (!) while the rousing song “Touch the Sky,” recorded by the Scottish folk singer Julie Fowlis, plays in the background. 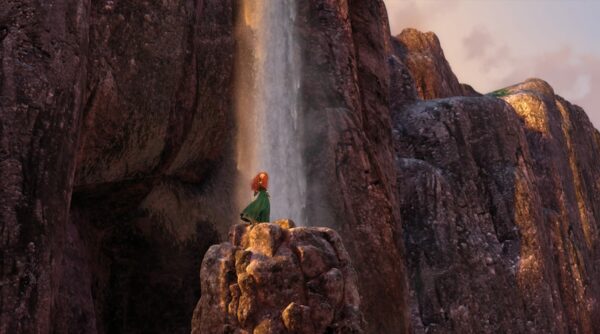 Merida drinks from the waterfall, laughs, and dances around on her rock tower.

Women in long skirts with long hair next to long waterfalls! Perhaps implausibly, it feels like freedom.

This and That: David Gilhooly and Harry Potter

The only thing I see when I read this title is TLC’s Waterfall in all its 90s glory. R.I.P. Left Eye!