I love Galveston. But, like Houston, it’s an acquired taste. It’s got lovely old buildings in various states of decay interspersed with not-so-lovely and downright crappy structures. It’s gritty, with a deserved air of melancholy and if it were located on a less hurricane prone coast it would have been wholly gentrified and cutesified by now. But it’s not. Battered grandeur cut with doses of raw ugliness has saved the city from becoming some saccharine and unremittingly charming tourist hell.

I drove down last week and checked out Michael Guidry’s show at the Galveston Art Center. For those unfamiliar with the area, The Galveston Art Center is one of the city’s real treasures. Former executive director and current curator Clint Willour consistently pulls together impressive exhibitions of contemporary art from all around the state. Thanks to Hurricane Ike, the GAC is temporarily located at 25th and Market St. It’s permanent home is in the historic 1878 First National Bank building on the Strand but that structure is still recovering from the four feet of water it took on during the storm. (If you want to help speed the renovation, you can donate here or contact Executive Director Alex Irvine [email protected] .) 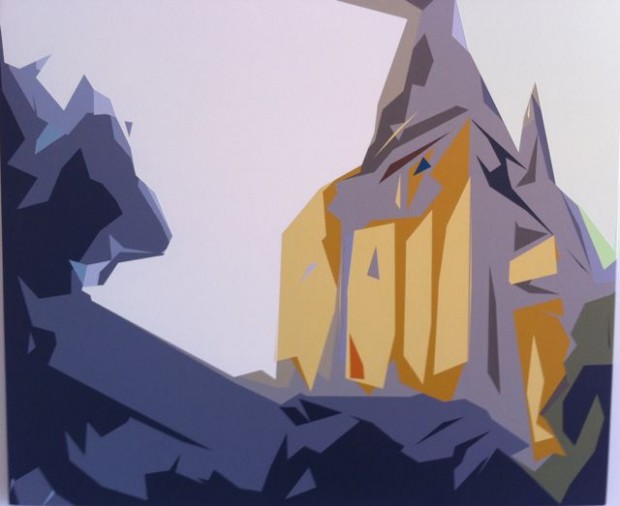 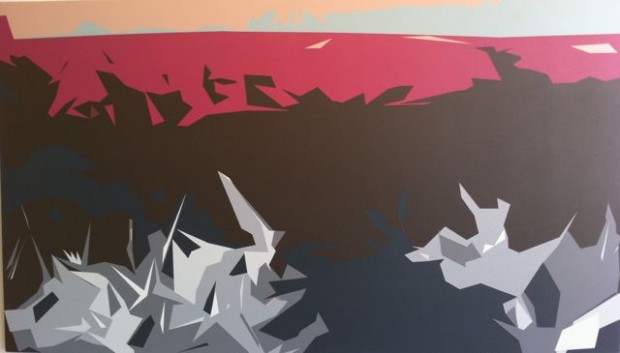 It’s oddly fitting that a the GAC is showing Guidry’s work. The artist has his own history with hurricanes. Guidry, a New Orleans native who received his MFA from the University of Houston, evacuated to Houston before Hurricane Katrina and ended up staying after his studio and his job at the New Orleans Museum of Art were hurricane casualties. “Michael Guidry: The Son and The Heir” presents the artist’s latest entries in an ongoing series and it includes some of his strongest work yet. 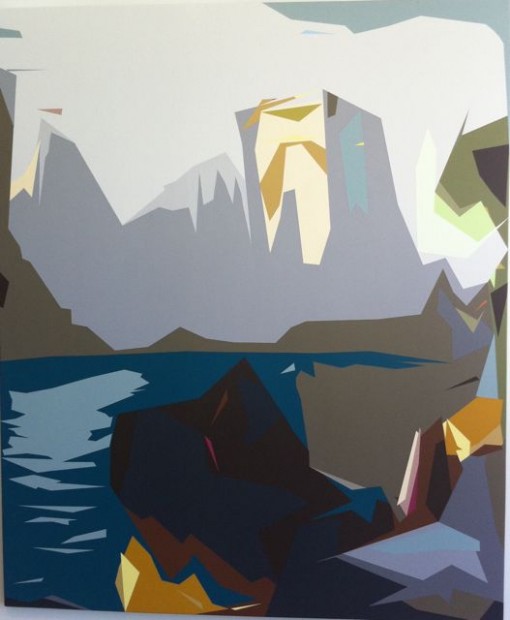 Guidry’s abstract paintings start out with “photographs of the artist in different environments” that he then digitally manipulates. The paintings based on these images have jagged-edged areas of flat, crisp color; Guidry goes through a lot of tape to get these effects. The finished works still kinda look they are supposed to be someplace but you can’t figure out where it is. They’re like snapshots from a planet we have yet to visit. 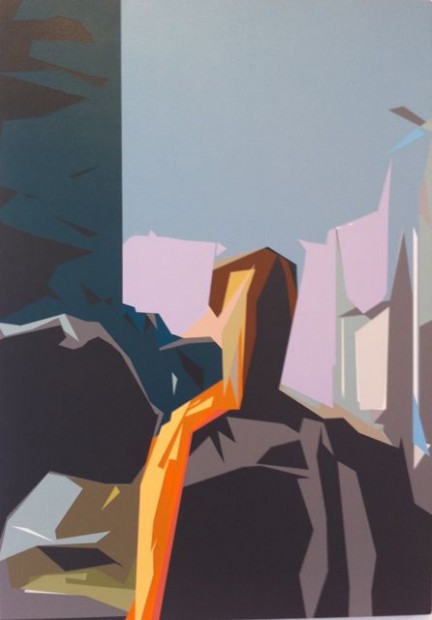 “Michael Guidry: The Son and The Heir”
June 11–July 10, 2011
The Galveston Art Center
Temporary Location at 25th and Market St.