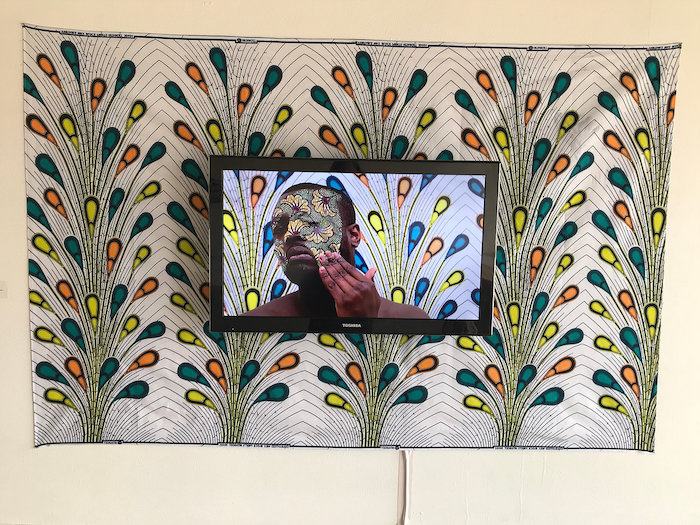 These days, creating an entire of body of work as a way to both self-reflect and introduce yourself to an audience is counter to the way we give ourselves over to the reductive and instant sharing of biographic information. Originally from Ghana, Patrick Quarm, a Texas Tech University MFA Painting candidate in Lubbock, explores his African and American identities (pre- and post-colonial) through representational portraiture in his thesis exhibition Parallel Identities, now on view at the university’s Satellite Gallery at CASP. 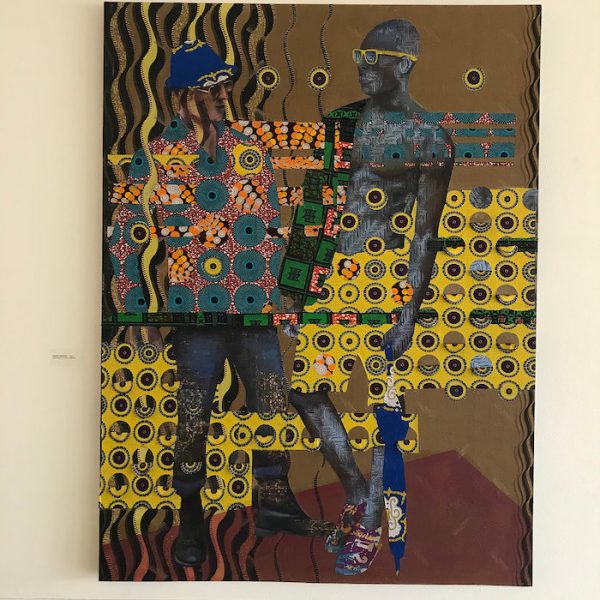 The patterning and figuration in Quarm’s works bring to mind the established aesthetics of Kehinde Wiley and Yinka Shonibare; Quarm sometimes employs similar strategies, materials, and tropes to somewhat different but parallel ends. By this, I mean that Quarm’s work is rooted in the individual and the familial. It’s also rooted in beauty. I think that’s a good thing. 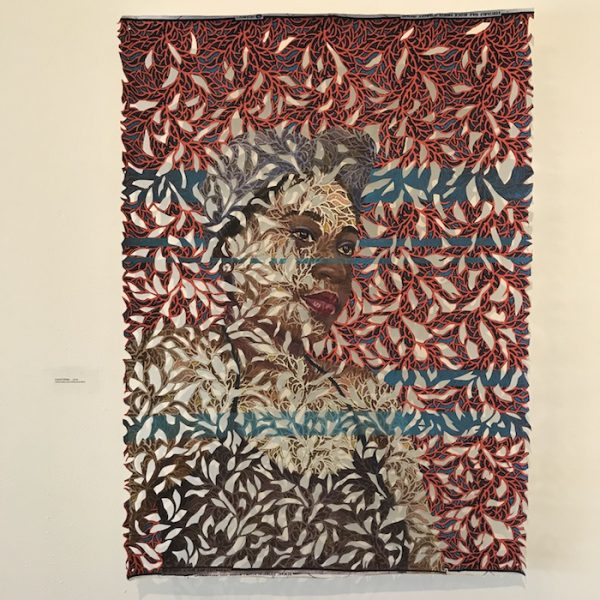 The set-up of a Ghanaian fabric shop display in the front window of the gallery, coupled with the sometimes casual poses in his portraits, frame his work as deeply personal narrative. (His brother ships him the fabric from home.) His paintings may be about both his African and Western influences and ways of making, but he also explores a meta-narrative of self-representation. (I’m still thinking about what that larger “self” may be.) He delves into the social and class systems of Ghana, as well as that of the Western world. 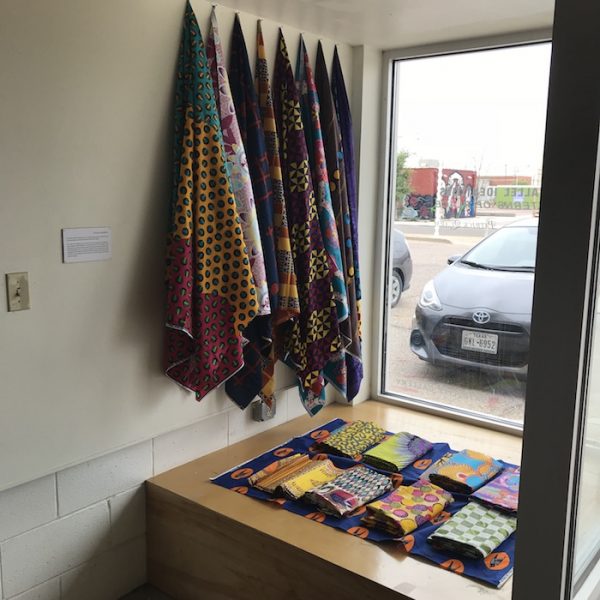 He makes use of material (fabric and paint) in inventive ways. These paintings are visually delightful for a casual viewer, with a focus on craft and presentation. But the longer I looked at Unity of Opposites, the vulnerability in the work started to surface. The delicate cut-outs in his collage elements seem to move in the air currents.

Quarm’s gentle painting technique is confident. The work is oil paint on a sometimes unprimed substrate, and you sense that the this rawness might intentionally eat through parts of his paintings’ surfaces, even if it takes awhile. I like the idea of a traditional and controlled material having agency in this way, susceptible to the effects of time. 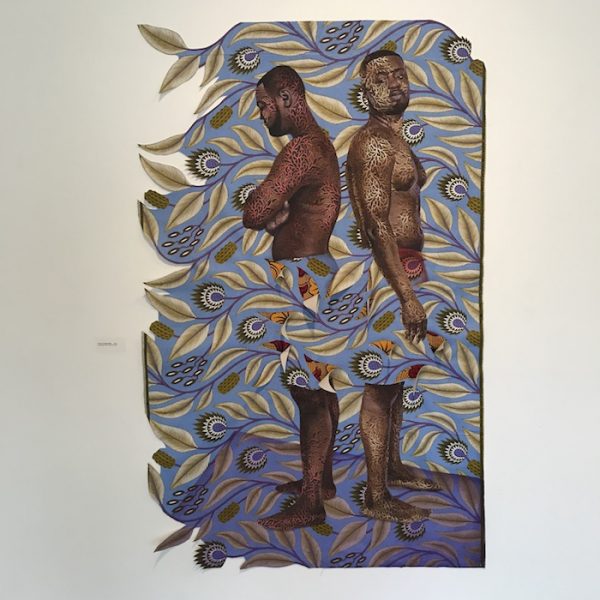 Quarm removes himself from the history of Western painting in several ways, but maintains a core of realism. The female figures in the work make eye contact with the viewer, while the male figures (often Quarm himself) posture, looking off to the side. When you get close to the work, his use of trompe l’oeil dissolves into pattern. Quarm’s light-handed brushwork and compositional sureness sets the mood of the work, and carries over in his animation Rite of Passage (pictured at top), where he slowly carves away at his own visage, leaving only a patterned silhouette. 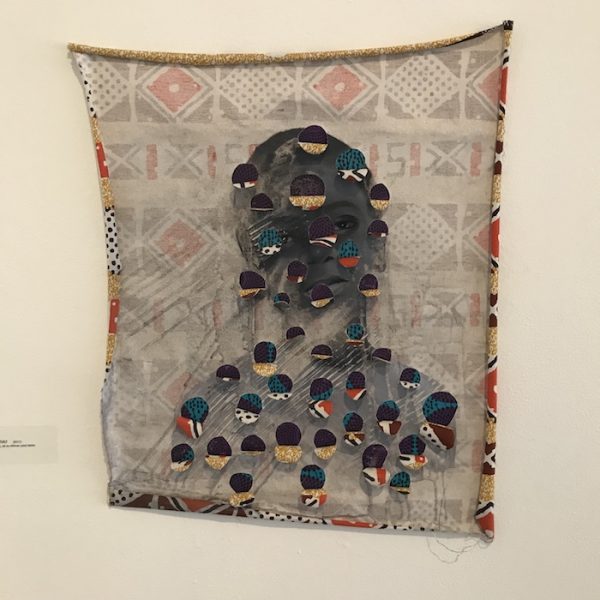 The masking, turning, and loss of definition in Quarm’s portrait subjects lends itself to the tragedy of overlooked — and even lost — histories. But his paintings also speak to cultural and personal excavation and self-discovery. He’s created an autobiography through his own way of blending of cultures, modes of making, and masculinity and femininity. And it bears repeating: the isolated, time-consuming undertaking of sharing your personal narrative through an entire of body of complex work, as a way of engaging with the world at large, is counter to the way we tend to sum ourselves up these days: in 140 characters (or less).

This piece originally appeared in slightly different form on April 9, 2018 in The Bowerbird, an art blog in Lubbock, TX.

Was able to experience this exhibit in person, captivating to say the least.