After battling brain cancer for over two years, Houston artist Wendy Wagner died this past weekend. She was 47 years old and is survived by her husband Kenneth Finch. 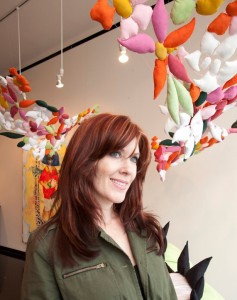 Wendy was born in Austin and was a longtime Houston resident. As a multimedia artist, she studied at various institutions, including Austin Community College, the Maine Photographic Workshop, the Art Institute of Houston, Collin Community College in Plano, and MFAH’s Glassell School of Art. Her work has been included in numerous group exhibitions in the past 15 years and she has been the subject of sixteen solo shows in the past decade. In 2008, she won the $50,000 Hunting Art Prize. Wendy’s last solo exhibition, Look to the Left, which took place at Austin’s Women and Their Work in early 2013, received much attention, including a write-up in the New York Times.

Known for her colorful, playful works in painting, ceramics, soft sculpture, and animated video, her art seemed to be made by an incredibly imaginative child with amazing technical skills. In speaking about some of her characters in her work, Wendy said that they help the viewer “to identify the playful spirit in all of us, enable us to laugh at ourselves and not take life too seriously.” 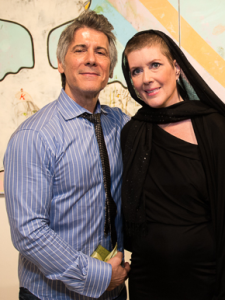 After her opening at Women and Their Work, and surgeries, radiation, and chemotherapy, in March of 2013 MD Anderson Cancer Center in Houston released Wagner from all treatments as they were no longer effective and estimated her life expectancy to be 2-3 weeks. Wendy and her husband sent out an email stating that they had decided to “take another direction—a new direction focusing on quality living rather than battling cancer.” They opened their home on Wednesdays and Fridays for their “Open Table” evenings, inviting anyone who wanted to drop in for food, drink, and to “celebrate Wendy as we enjoy every minute of every day.” Wendy was surrounded by many friends in her last year and they continue to express their love on her husband’s Facebook page, where he has invited people to share pictures and stories and will announce an upcoming service.

A Workshop For Artists Who Want to Hit...

For a good cry, there is this. We had a great art show.

Thanks for reminding me, Robert! I added that sentence.