by Lucia Simek May 14, 2014
FacebookTwitterEmail 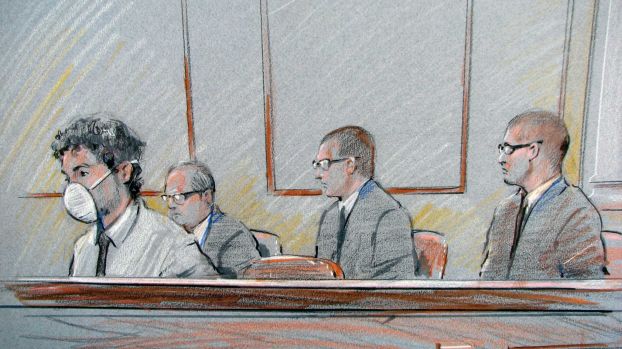 A Gary Myrick sketch featuring the trial of Pfc. Nasar Abdo, an infantryman accused of plotting an attack on Fort Hood in 2012.

For 38 years, Gary Myrick has worked as a courtroom sketch-artist in Texas courts. He was the go-to guy for rendering the faces of defendents, judges and witnesses all over Texas during his sketching heyday in the 1980s. But now, like so many forms of journalism thast require paper, Myrick’s craft is being replaced with digital technology–quiet cameras that do not cause the disruption that old models used to, which is why they were banned from courtrooms for so long.

Austin filmmaker and Managing Director of the Lone Star Film Society, Ramtin Nikzad, learned of Myrick when he read a 2012 Texas Monthly article highlighting the artist and decided to make a documentary about him and his life on the sidelines of Texas’ trials.

Starting with the Dallas school desegregation trial in 1976, he sketched courtrooms that featured famous politicians, serial killers, professional athletes, international arms merchants, housewives-turned-killers, victims’ families, rapt juries and napping judges — all rendered with an empathetic gaze and understated wit. His work conveyed the tragedy and folly of the courtroom experience, while avoiding sentimentality and snap judgments about his subjects. His human touch captured what cameras never could.

Nikzad’s short documentary briefly tracks Myrick’s career from young, rising sketch-artist star to a recent show of Myrick’s work at San Antonio’s Unit B gallery where his work is hung as documentation of both lost courtroom moments and an artistic craft in its twilight. The film is featured this week on the New York Times online Opinion Pages which you can watch here.