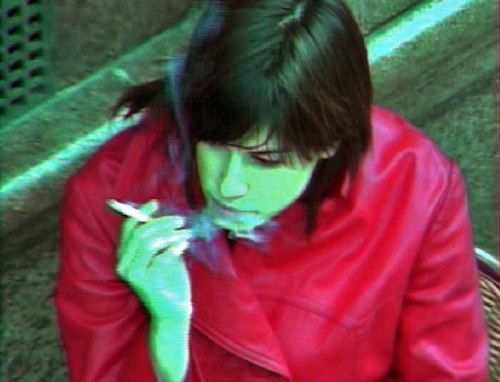 I first met Jill Magid in the Fall of 2006 when we team taught an interdisciplinary studio course for visual studies majors at the University of Pennsylvania. Over the past few years, her work has garnered much attention including exhibitions at the Tate Modern, Whitney Museum and Yvon Lambert in Paris. When asked to coordinate a visiting artist lecture at Richland College, Jill’s name was at the top of the list. Timing serendipitously worked in our favor, since Jill was also scheduled to speak at the Ft. Worth Modern and planning a research trip in the area.

Jill’s interdisciplinary practice is not easy to categorize. She is not a performance artist, yet her work is performative. She is not a photographer or video artist, yet employs both in her projects. She is a prolific writer and thinker—all of which manifests in her work.

The work examines the hierarchies of power, the hidden power structures inherent in our culture. 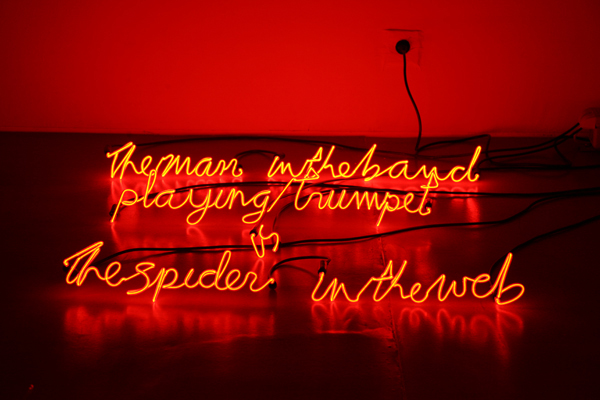 In her talk a few weeks ago, Jill chronologically explained her projects dating from 2003-present. She spoke about System Azure (2003) in which she convinced the Amsterdam police to hire her as a security ornamentation consultant to decorate the city’s hidden surveillance cameras with rhinestones.  From this project, she learned to never identify herself as an artist. As a “researcher,” she has gained access into institutions not usually open to civilians.

In her next project Evidence Locker (2004), Jill spoke about how as a researcher, she convinced the Liverpool City Watch police to film her on the streets and release the footage to her. She wrote the data access request form in the style of a love letter. She published a non-fiction novel entitled One Cycle of Memory in the City of L. chronicling her experiences in letters to her “Observer.” 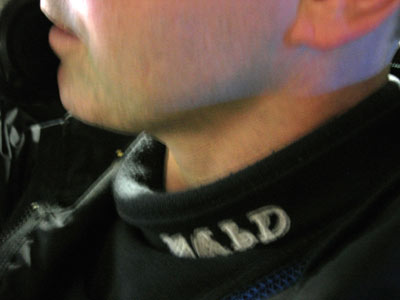 Jill spoke about dealing with her own mortality in her project Auto Portrait Pending (2005) where she contracted with Life Gem Corporation to make her into a diamond after her death. Legally, this raised some ethical questions. If a collector purchased the rights to the work, did she/he legally own the artist during life as well as after death? At this juncture, she confessed to experiencing a crisis in her work. How does an artist continue to make work, once she has sold herself?

Jill spoke about three other projects involving security and power. In Lincoln Ocean Victor Eddy (2006) Jill convinced a Brooklyn transit officer to allow her into his subway inner sanctum, training her in terrorist identification techniques. Her tenacity and perseverance granted her full security clearance to produce a work commissioned by the Dutch Secret Service entitled Article 12/The Spy Project (2005-8).

Most recently her project Failed States (2012) commissioned by Art House involved armoring her family Mercedes station wagon and parking it in front of the capitol building. 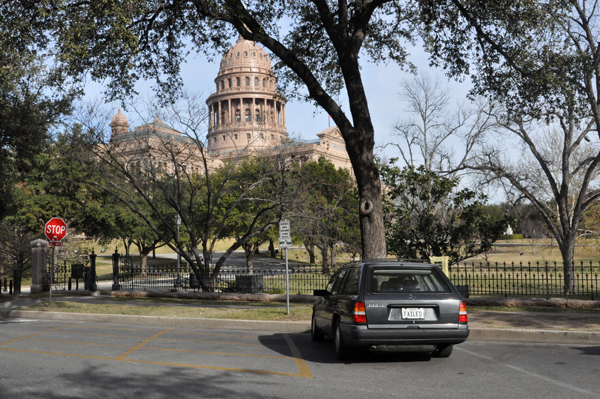 As a speaker, Jill completely engages her audience with her direct, humble manner. As she weaves the tales of her adventures/misadventures, she unravels the complexity of her work in a way that maintains its intellectual rigor, yet allows the audience accessibility.

Primo Levi said that an artist’s first responsibility is to bear witness—Jill’s work does that. But she does not stop there. She makes the invisible visible. By making herself vulnerable, she brings out the vulnerability of those in power with a capital P. Her website features a number of one-line artist statements, such as To enter a system, I locate the loophole.  If my subject is too big, I will grow. When in love, I separate the someone from the everyone. Jill’s body of work could be described as an epic love story. By identifying the someone in the faceless name of power, she humanizes that which is thought to be inhuman.

This was such a great talk. Much appreciated, Colette!