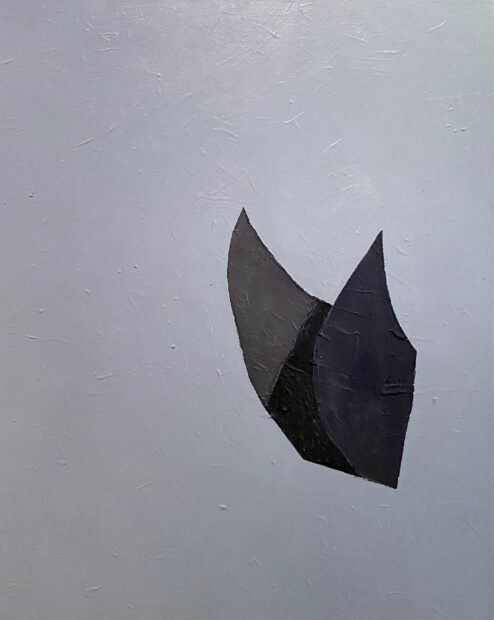 Until his untimely death in 2007, Robin Utterback was an integral part of the Houston art scene and was very successful as an exhibiting artist. In fact, he had solo shows in Houston or New York nearly every year dating back to 1975. The Museum of Fine Arts, Houston, first acquired one of his pieces in 1978, and eventually purchased three major paintings, as well as numerous works on paper and a suite of etchings. Utterback’s work, however, has rarely been seen since, with only three posthumous exhibitions at Meredith Long Gallery. Now, more than 40 works of art from the artist’s estate, which have long been in storage are on display at Foltz Fine Art through December 3, 2022. 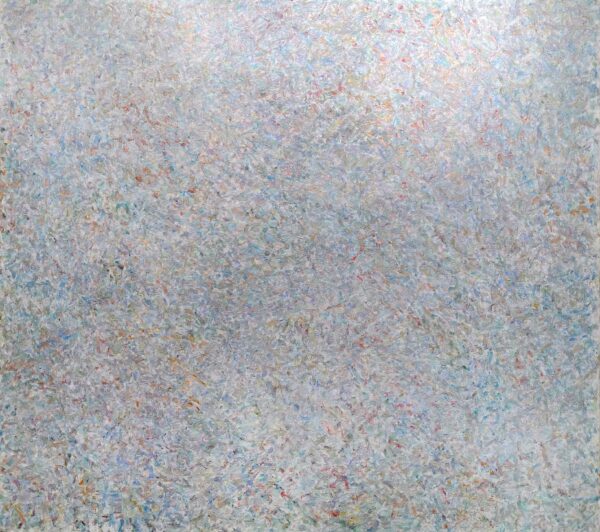 The show is a loosely chronological retrospective spanning more than three decades. Paintings and works on paper and cardboard, as well as an assemblage and etching, provide insight into Utterback’s creative journey from his beginnings as an artist. He remained committed to abstraction for most of his career, and the two earliest paintings in the show from 1974 are narrow rectangles of color arranged diagonally in an all-over pattern. The following year, Utterback reduced those rectangles to a handful floating on a field of blue. Then, over the next two years, he continued to pare away these elements, and Momento, a piece from this period, is simply a black form suggesting the head of a cat, presented on a gray background. In 1978, an untitled acrylic, cloth, and charcoal painting on canvas signaled a change. Pattern and texture became more visible, and by 1981, the abstract shapes have disappeared into a painterly display of seductive color and light. 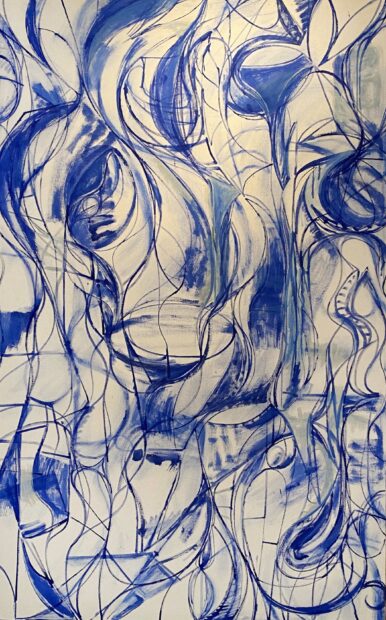 Utterback did not restrict his work to any particular style or visual language. His ongoing experimentation with various materials and techniques led him to work with various mediums. Untitled (#167), from 1986, is an assemblage of scraps of wood that serve as a “canvas” on which he applied a pattern of calligraphic black marks. His early fascination with the line reasserted itself in the late 1980s, when he drew and painted lozenge and cellular shapes swimming across the surface like a virus. Utterback continued this direction as his picture planes became dense with increasingly complex shapes and patterns. By 1991, these configurations had yielded two bulbous figurative forms facing one other amidst a swirl of broad brushstrokes in Untitled (#437).

That same year, Utterback introduced the color blue in a small untitled drawing. His use of blue continued in Untitled (#584), a large, lyrical painting suggesting a waterfall or a swirling pool of line and color. Soon after, he began creating large collages of cloth and acrylic on canvas. The stunning Untitled (#789) is a kaleidoscope of pinwheels and interlocking geometric forms embellished with a cascade of dripping paint.

The exhibition includes two cardboard masks created in 2004 and 2005 after a residency in Strasbourg, a French city near the German border. Alison de Lima Greene, curator at the Museum of Fine Arts, Houston, believes Utterback may have been inspired to create them to ward off AIDS, just as the people of Strasbourg used demons and masks to scare away the pernicious black plague that ravaged the city during the fourteenth century.

Everything Shows reveals Utterback’s evolution from monochromatic paintings to dense gestural abstractions to a loose, exhilarating lyricism. He is often referred to as a “painter’s painter” in that he followed where his work took him in terms of imagery, technique, and theme. In an essay for the Threepenny Review in 1986 titled “The Experience of Painting,” Utterback wrote: “It [painting] embodies the individual experience of the extended moment of its making, an experience of which its maker is only partly in control. In its full extension this moment includes the entire experience of the painter. The painting is the manifestation of this experience in all its particularity, and as such is directly accessible to the experience, momentary and extended, of others. We only have to look. Everything shows.” 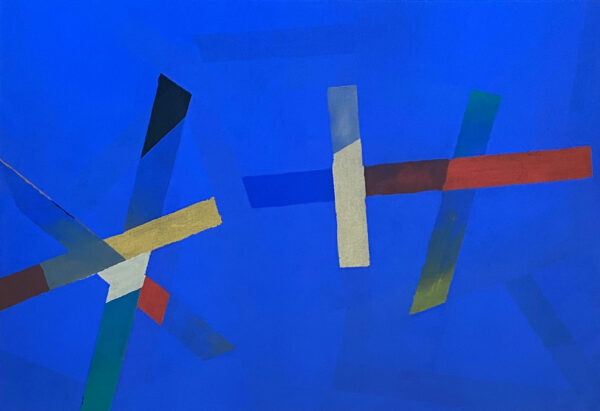 Utterback’s career was cut short at the age of 58, and any works of art that were in his studio at the time were destroyed by fire. This surviving body of work reveals an accomplished painter’s evolution as he pursued his aesthetic and cerebral journey.

Robin Utterback: Everything Shows is on view at Foltz Fine Art in Houston through December 3, 2022.

Excellent article & excellent show at Foltz, Robin is SO missed…