by Jessica Fuentes May 29, 2022
FacebookTwitterEmail

Ever since Russia invaded Ukraine in February 2022, the world has looked on in horror at the violence. In early April, at least 300 Ukrainian civilians were killed in Bucha (west of Kyiv), and later last month, additional mass graves were reported in Mariupol (located near Ukraine’s southeast coast). According to UNICEF, six million refugees have fled Ukraine and another nine million people have been displaced.

Artists and arts institutions across Texas have responded to the war through fundraising efforts and artistic endeavors that amplify Ukrainian voices.

Last month in Houston, Anya Tish Gallery hosted a fundraising event which included a sale of over fifty artworks donated by Houston-based and international artists. Proceeds went to the Care Ukraine Crisis Fund, which provides food, water, hygiene kits, and other resources to Ukrainians. Foltz Fine Art gallery recently closed two exhibitions (Mary Baxter: Desertlands of the Southwest and Jeri Salter: Canyonlands of Texas) which donated 10% of sales to Doctors without Borders for their Ukrainian Emergency Relief Fund.

In the Dallas-Fort Worth area, in April artist Yuliya Lanina, who was born in Russia, donated half of the proceeds from the sale of her works at Bale Creek Allen Gallery to relief funds supporting Ukraine. As part of Dallas Arts Month, AURORA presented a series of Video Art Nights, including one evening organized by Lilia Kudelia and Janiel Engelstad that featured art by Ukrainian artists Dana Kavelina and Alevtina Kakhidze.

Earlier this month, DORF, an artist-run nonprofit in Austin, hosted a silent auction and exhibition of traditional Ukrainian clothing, textiles, art, and jewelry to raise awareness and aid for the Ukrainian people. Also, The Art of Peace HTX, a group of philanthropic Houstonians that provides fundraising for the immediate needs of communities, hosted a charity art exhibition featuring art by local artists alongside twenty Ukrainian UART Gallery artists who have been affected by the war. UART is an online platform with the goal of creating a space for Ukrainian artists to share their work globally and to connect with each other creating a shared sense of cultural identity.

Some ongoing and upcoming fundraisers include: 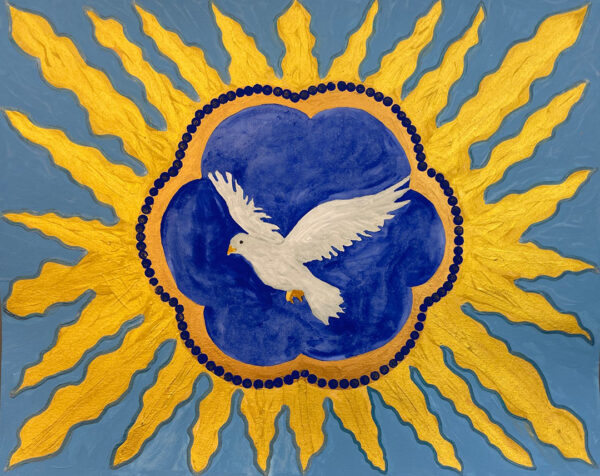 Pamela Nelson and the Craighead Green Gallery are selling limited edition prints titled, Peace by Ms. Nelson. Prints cost $500 (not including tax and shipping) and can be purchased online from the gallery’s website. All proceeds will go to CARE, a nonprofit organization dedicated to ending poverty around the world. 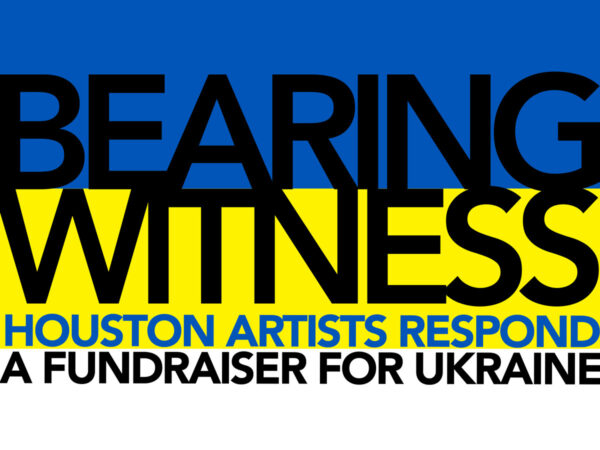 This event will feature remarks by Vitallii Tarasiuk, Ukrainian Consul General, at 4 pm and a silent auction of artworks donated by fifty Houston-based artists. Tickets are $50 and can be purchased upon arrival at the event. All proceeds will go to the Ukrainian American Cultural Club of Houston, nonprofit charitable organization that promotes Ukrainian culture and community.