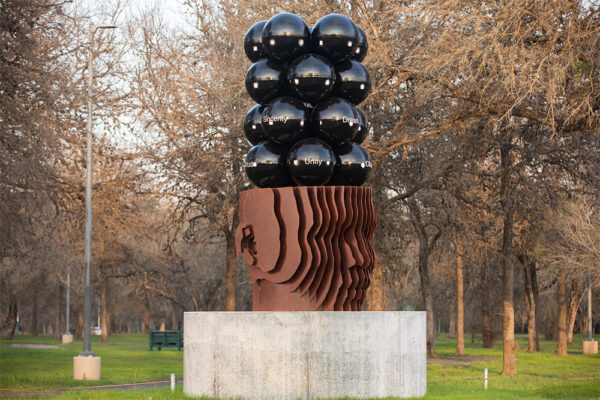 The City of San Antonio’s Department of Arts & Culture Public Art Division recently debuted Spheres of Reflection by Kaldric Dow in the city’s Martin Luther King Park. The sculpture is part of a larger department initiative to work with local artists to create more public art that includes input from and is representative of communities throughout the city. Through the Sketch to Sculpture program, launched in 2019, artists who do not have experience creating public art are paired with experts to learn about sculpture design, fabrication, and installation.

Measuring at thirteen feet tall, Spheres of Reflection is Kaldric Dow’s first public art work and first large-scale sculpture. Though he grew up in Houston, Mr. Dow studied at the University of Texas at San Antonio, which is where he first started painting. The artist’s style has shifted over the years, but he remains focused on representing Black people in dignified and powerful ways. 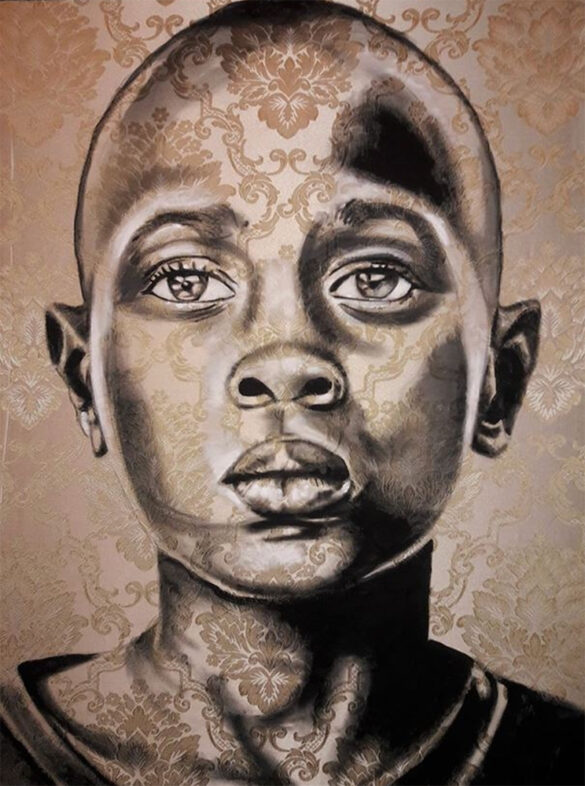 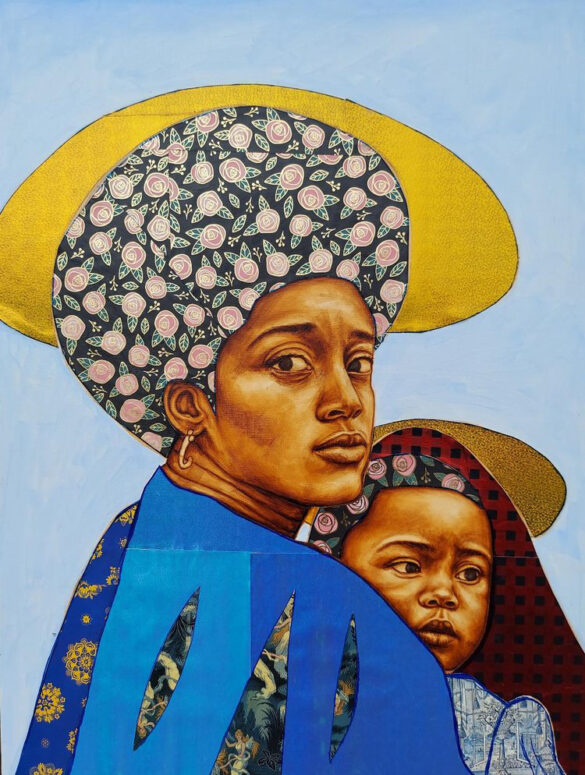 As a two-dimensional artist interested in creating Public Art, Mr. Dow applied for the city’s pre-qualified list of artists. In February 2021 he was invited to begin working with the Sketch to Sculpture program. From the onset, he knew his design would culminate in a sculpture for the MLK Park on the east side of San Antonio.

Mr. Dow told Glasstire: “I knew from the beginning it had to be portraiture, and brown, and another interesting element that was specifically important to African Americans, [it had to include] hair. I sketched the ideal I had in my head, but had absolutely no idea which materials to use or how to execute the building of it. The City’s Art & Culture Department made those things easy though, using my design to work with an engineer to do a 3D model, then working with the fabricators to pick materials like steel and reflective coating.” 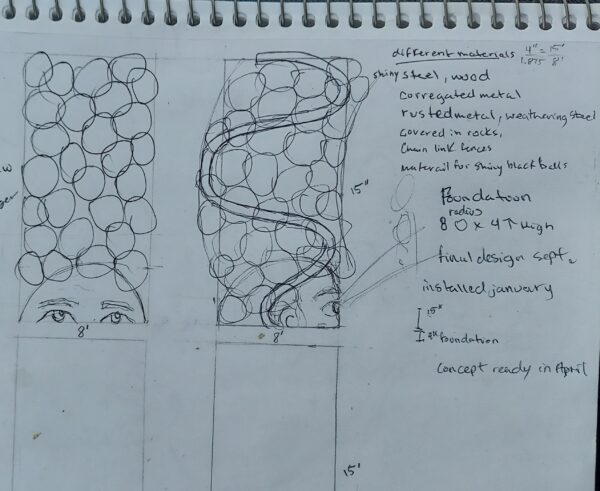 The sculpture depicts an anonymous face and is topped with four columns of four rows of reflective black spheres, representing hair. Each of the spheres on the bottom two rows have words printed in white text. These words — Dream, Sincerity, Bold, Desire, Brave, Unity, Gratitude, Accountability, Devotion, and Change — were some of the most common words used by Reverend Dr. Martin Luther King Jr. in his speeches and essays.

In a press release, Mr. Dow stated, “To me, this sculpture represents the essence of what African American culture is. It was important to me to use my portrait artistic style to create a piece that people can identify with and see themselves represented. The spheres create a reflection in honor of Dr. King’s messages of self-reflection, so that viewers are encouraged to look within to consider what the words incorporated in the sculpture mean to them.”

The sculpture was intended to be part of San Antonio’s MLK March, originally planned for Monday, January 17, 2022. However, due to the increase in COVID-19 cases, the in-person march has been cancelled. Instead, commemorative events will be held virtually. To learn more about this, visit the City of San Antonio’s website.