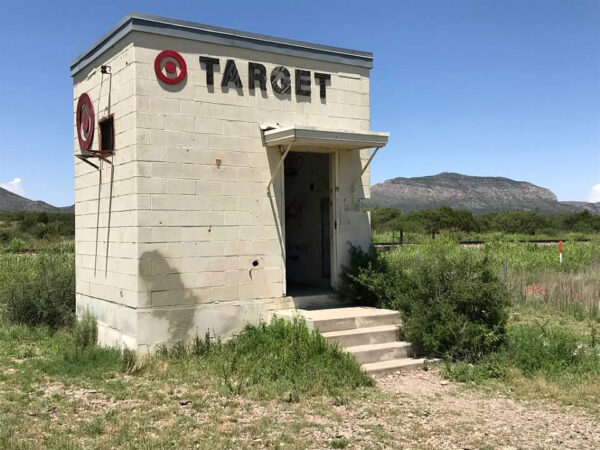 One year ago, news began to spread that Target Marathon, also known as Tiny Target, located along U.S. 90 between Alpine and Marathon, had been demolished.

Often referred to as the world’s smallest Target, the installation, which was born from a defunct railroad cinderblock building, popped up anonymously in 2016. Left to deteriorate at the hands of visitors and harsh, desert weather, the building had fallen into disrepair over the years. The property owner reportedly had the structure taken down for fear that visitors might be harmed.

While its creator is still unknown, Target Marathon was seen by many as a response to Elmgreen and Dragset’s Prada Marfa (2005), located right outside Valentine, further west on U.S. 90. Instead of highlighting a luxury brand, the Target Marathon installation focused on a common household name, striking a chord with the everyday person. In contrast to Prada Marfa, which contains products from the brand’s fall 2005 collection and features a locked door, the Marathon store was open and entirely devoid of merchandise. 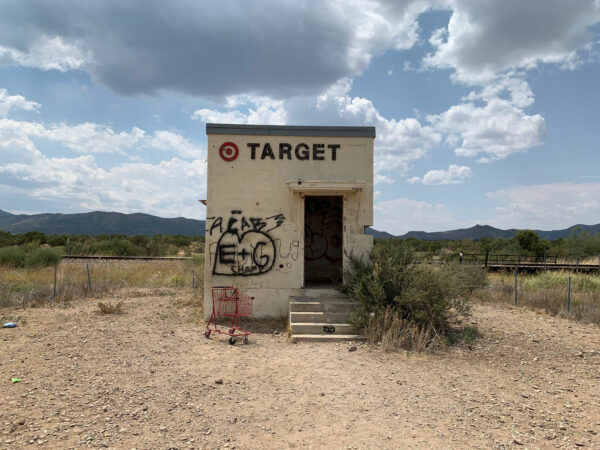 The retailer’s iconic signage against the barren West Texas landscape was a draw for locals and tourists alike. Many a person sought out a photo op in front of the building, which had an accompanying red shopping cart.

While the structure may no longer exist, the photos and stories surrounding it still live on.

Gone but not forgotten.

Tiny Target, thanks for the memories.