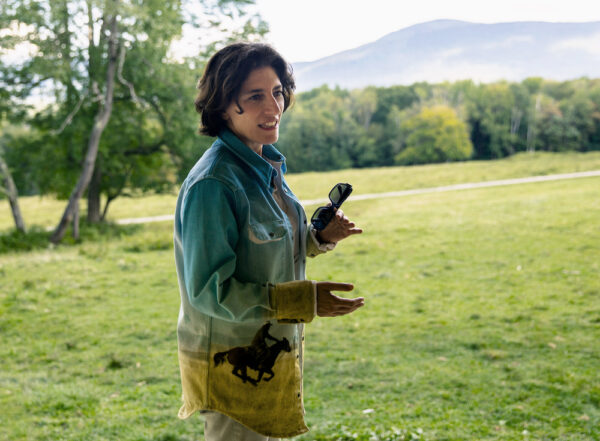 The Nasher Sculpture Center in Dallas has announced Iranian-born, Berlin-based Nairy Baghramian as its 2022 Nasher Prize Laureate. Established in 2015, the Nasher Prize is a contemporary sculpture award dedicated to excellence as well as current ideas in sculpture. Past Laureates include Michael Rakowitz (2020-21), Isa Genzken (2019), Theaster Gates (2018), Pierre Huyghe (2017), and Doris Salacedo (2016). The monetary prize is $100,000. Baghramian will be presented with an award at a ceremony in Dallas on April 2, 2022.

This year in June, due to the pandemic, the jury deliberated virtually to determine the 2022 laureate. (The jury has historically deliberated annually in person in London.) States Nasher Director Jeremy Strick: “This year, after a prolonged time of separation from people and places during the pandemic, the work of Nairy Baghramian stood out to the jury as exemplary for its consideration of the body, human relationship, and the built environment through sculpture that champions the often-overlooked objects, people, and experiences at play in daily life.”

“Baghramian has explored the relation of modeling, molding, and casting — interrelated elements of sculpture production involving positive and negative forms — throughout her career, and she consistently humanizes this largely mechanical process through overt or oblique references to the body.  Using an abstract vocabulary that often combines geometric and organic forms, as well as industrial materials and processes with elements that appear soft and supple, Baghramian highlights the subtle ligatures uniting disparate human activities.”

Nairy Baghramian has lived and worked in Berlin since 1984. Via the Nasher:

“Baghramian was a nominee of the Hugo Boss Prize 2020 and has been the recipient of the Malcolm-McLaren-Award with Maria Hassabi (2019); the Zurich Art Prize (2016); the Arnold-Bode Prize, Kassel (2014); the Hector Prize, Kunsthalle Mannheim (2012); and the Ernst Schering Foundation Award (2007). Her works are held in institutional collections including the Museum of Modern Art, New York; San Francisco Museum of Modern Art, San Francisco; Solomon R. Guggenheim Museum, New York; Walker Art Center, Minneapolis; Tate Modern, London; MUDAM, Luxembourg; Tamayo Museum, Mexico City; Jumex Museum, Mexico City; and the Art Institute of Chicago. Upcoming solo exhibitions of Nairy Baghramian include Secession, Vienna AT, 2021; and Carré d’Art, Nîmes, France, April 2022. Baghramian will be the subject of a long-planned solo exhibition at the Nasher Sculpture Center, unaffiliated with the Nasher Prize, in fall 2022.”

For more on Nairy Baghramian, as well as programming information that accompanies the 2022 Nasher Prize, please go here.