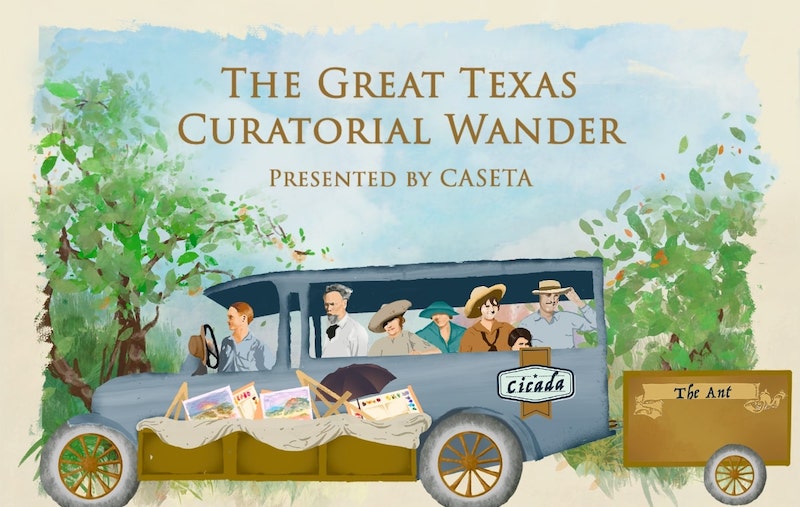 CASETA (the Center for the Advancement and Study of Early Texas Art), an organization that promotes the preservation, study and appreciation of Texas visual arts and its history, will partner the Tyler Musuem of Art for the fourth installment of the Great Texas Curatorial Wander, on August 29 at 2pm.

CASETA’s mission defines “Early Texas Art” as art produced by artists who were born in and/or lived and worked in Texas through 40 years prior to the present date. This installment will feature an introduction by Chris Lahey, Executive Director of the Museum, and a look at some of Ancel Nunn’s works with Museum Curator Caleb Bell.

Ancel Nunn (1928-1999) was a Texas artist whose style has been compared to Andrew Wyeth. Nunn grew up in West Texas, eventually settling in Palestine, Texas and became known for painting images of rural Texas with occasional surreal flourishes.

This tour also features a look at the Tyler Rose Garden, “the largest public collection of roses in the United States.”

A previous CASETA presentation at the San Antonio Museum of Art can be viewed here.

“Why The Hell Not?” CASETA Enlivens Early Texas...

As Board Chair of CASETA, I thank you for including this.