Parties and Spells: Selections From the 2021 Oak Cliff Film Festival

Who could turn down four days of air-conditioned screenings in a historic Texas theater? But really, the exciting programming schedule of this year’s Oak Cliff Film Festival speaks for itself. Since 2011, the OCFF has shown international and local fare for adventurous movie goers. Three films set the scene for anticipated cinema this season, and I took notes: 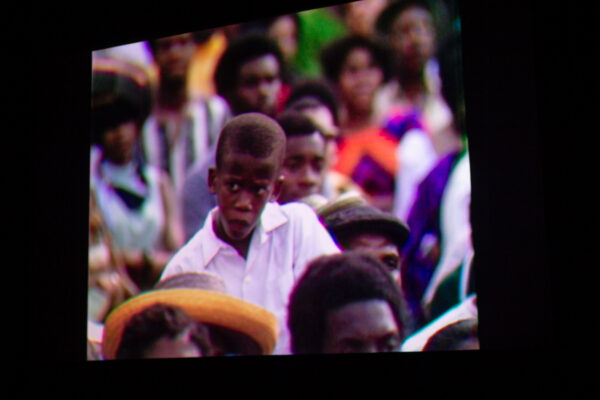 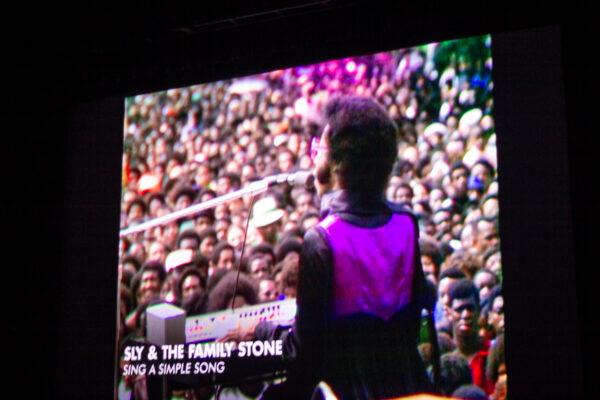 Summer of Soul (…Or, When the Revolution Could Not Be Televised). Director: Ahmir “Questlove” Thompson:

The Harlem Cultural Festival, a six-week event of Black American music, held in what is now called Marcus Garvey Park, was filmed in the brilliance of the summer sun in 1969. The footage was not compiled or distributed in any fashion, and the halcyon moment for American culture was mostly forgotten. In a pre-recorded video introduction, director Ahmir Thompson — we know him as Questlove — states that this film chose him, not the other way around. The choosing is easy to understand; the powerful lineup and joyous celebration could not be more welcome to revisit.

The festival saw attendance of 300,000 people, which may have been a cumulative count of the total month-plus run of the event. Festival host Tony Lawrence is seen announcing the marvel of 50,000 attendees on the lawn of Marcus Garvey Park. The festival was partially sanctioned by then-Mayor John Lindsay, and the film tells the story that there was an understanding that Harlem was so underserved, that some accommodation must be given to the community to hedge against civil unrest.

While The 5th Dimension performs one of their greatest hits on screen, a medley of Aquarius (Let The Sunshine In), Marilyn McCoo narrates that the band’s success somehow managed to code whiteness into their aesthetic, which was never the intention of any of the member of the band. Gospel music also had a presence at the festival, and the documentary gives air to the disgruntled reactions that rock and rollers had toward religious types. These moments in a film articulate the depth of what “visibility” means to the artists and audiences. However, the theoretical discrepancies between the various artists and their genres don’t come through while the performers are on stage. The Harlem Cultural Festival undulated with such joy that it seemed to scrub the naysaying from the whole city block. For six weekends, there was more to be happy about than there was to bemoan. 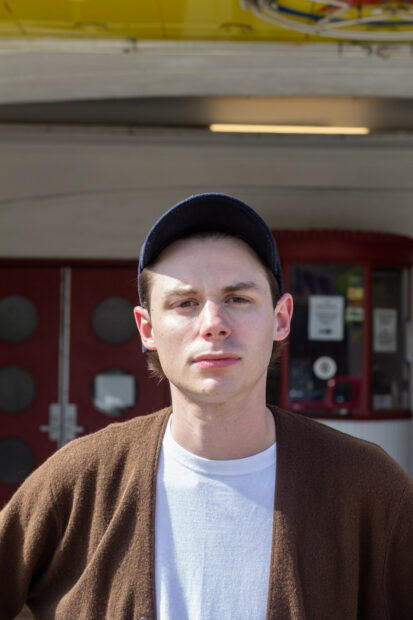 Hayden Pedigo at the Texas Theatre

As Glasstire has noted, Hayden Pedigo is a lanky guy from Amarillo with a knack for causing mischief. Hayden’s social project caught traction because it tapped into a particular kind of internet troll aesthetic, but this documentary is content to poke at the actual political problems of Amarillo. The north side of the city is languishing while the south side of town enjoys economic growth. Pedigo, born and raised in the city, created music and video art before his failed political run, and continues to do so. The film, then, is a document of a particular period of growing pain for the Texas creative.

Filmmaker Harmony Korine and comic Tom Green are the central references of Pedigo’s practice, and he manages to harness some of their awkward intrigue in the clips that begat this story. Pedigo’s narrative caught the media circuit’s attention after an early entry in a performance project went viral. Said video clip features Pedigo “running for city council” by ambling about a storm drain with a tape measure, unsteadily scoping out… something. Friends of Pedigo testify on camera that it was a wobbly metaphor without a political target. The performance was an experiment — until the artist saw that his spoofy message could capture an actual audience. After the youtube video series gained traction, Pedigo felt that his artistic vision should shift into public service. The film spends its runtime exploring how the established political machine responds to criticism, and how Pedigo navigates his own motivations to shift gears from theory to practice.

Despite the fact that Pedigo did not gain a seat on Amarillo city council, he managed to win a significant portion of the vote despite being the youngest candidate, and the only one who refused to accept any kind of donations. On screen, he says from the beginning that this is about seeing what change is possible, and he implies that an upset to the status quo is overdue to the point that the name or shape of the challenger isn’t specifically important. All you need to do is care.

I met with Pedigo at a pre-screening event to ask about how the artist feels about his association with the Texas Panhandle:

“What I view as the reason that I’ve had some success in getting attention is that I found some way to harness that backdrop against what I did. If I did the city council thing in Austin or Portland: so what, who cares? But If I do that in Amarillo, I’m one half of the equation. Amarillo is the other half. I’m attached to it — I’m not exactly a Panhandle person, but I am, and I’ve learned how to attach myself to that contrast, and it’s worked.” 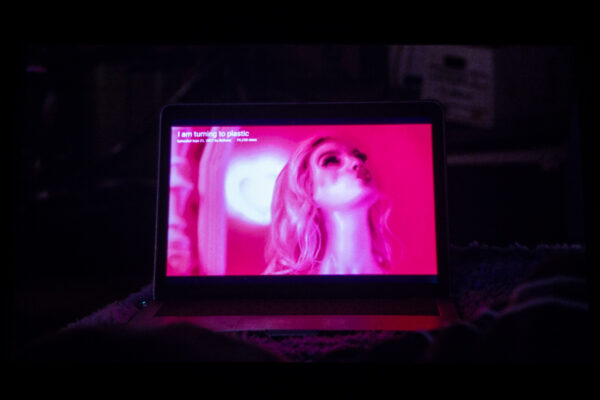 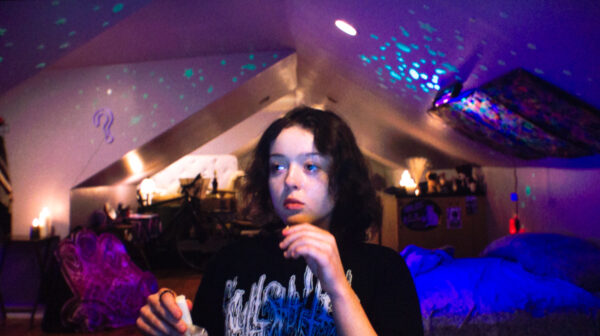 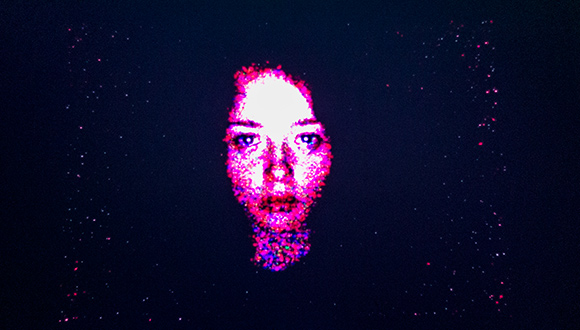 We’re All Going to the World’s Fair (Director: Jane Schoenbrun):

I was knee-deep in documentaries when I watched Schoenbrum’s foray into techno-epistemology. The film stands on its own as a potent but pensive narrative about the interior of human curiousity, but I can’t ignore that the simplicity of the filmmaking benefits from a couple hours of historical pontification. Nonetheless, the movie pushed my neurons around in a pleasantly challenging way.

Casey (Anna Cobb) is a bored latchkey that roams around snow-covered fields and wears a lot of black. She’s teenaged, which means that she’s certain of little else in the world other than the movies and music that she likes. The film makes little effort to triangulate her geographic location, or even her relationship to her own family, such that we are enveloped in the lived experience of young people who grow up exploring the world through a screen. The opening scene features a simple creepypasta ritual, a la “Bloody Mary.” She must perform a couple of meditative hexes in order to invoke the “World’s Fair.” Doing so is meant to cause supernatural bodily enhancements, like growing plastic skin or demon wings, and the spell-caster should, in theory, be transported to some kind of carnival realm that no one can replicate or reproduce. Despite the implication that such an online “game” is child’s play, it still reads as ambiguously profound. Maybe all these people posting about their supernatural experiences are making it up. Maybe they’re not.

We don’t see her World’s Fair, because it’s really in the interior, mediated by the digital network. The film expresses this intangible locality through Anna’s daily correspondence: it’s in the transfer of messages, it’s in the moments when we read our inbox. The world is in our heads as we react to the thoughts of others, buzzing on LCD screens. Schoenbrum’s approach to showing this kind of story is low impact; the minimal effects are supporting acts to the computers and the bedrooms where all of the story beats take place. It’s a little creepy, kind of sleepy, and yet it makes you think: what is consciousness really for?