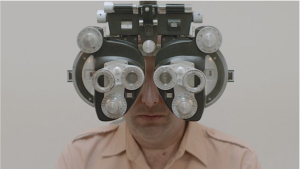 The fourth annual Oak Cliff Film Festival  in Dallas starts up tonight and runs through the weekend, primarily at the Texas Theater, the Kessler Theater, and the Bishop Arts Center, and is organized by the Aviation Cinemas crew (a.k.a. the diehard cinephiles who run the Texas Theater).

This is a growing, international festival that’s getting national attention, with a lineup that skews indie and art-house. Via the Festival’s site, this year’s theme “…takes its inspiration from the No-Wave movement of the late 70’s that took root in New York City before spreading throughout the world.”

The great-looking schedule can be found here.

For information on attending the festival or individual screenings, go here and scroll down.

Parties and Spells: Selections From the 2021 Oak...