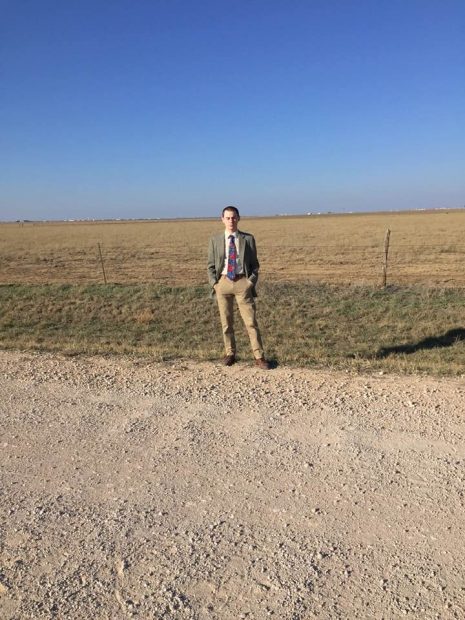 People from outside the Panhandle probably wouldn’t have heard much or anything about a young musician-cum-artist from Amarillo until spring of 2017, when NPR (briefly and positively) reviewed Hayden Pedigo’s experimental guitar/ambient synth album Greetings From Amarillo.

In summer of 2018, inspired by the abject-absurd/trash-irony sensibility of Harmony Korine’s infamous earlier movies, the 24-year-old Pedigo made and released a video on his Facebook page that went viral. Via a story about this in Rolling Stone: “…Pedigo bought a suit at Goodwill and got his friend to film him hurling a metal folding chair around a park while appraising its terrain with a tape measure. ‘I believe that a lot of local business owners are straight up getting bonked,’ he said, his foot propped up on the chair, tape measure in his hand.” In it, he claims he’s running for City Council.

(Glasstire recommends this video. There is a dose of not just Korine, but a young Chris Burden in it.)

He released another video. And another. Adult Swim picked them up. Pedigo soon decided to actually run for Amarillo’s city council, on a platform that centers on aiding the city’s underserved and neglected neighborhoods. Via Rolling Stone: “Why are we spending millions on a ballpark that none of us wanted? If we’re ruining a neighborhood or taking money from a neighborhood and giving it to another neighborhood, then we’re failing as a city.”

Pedigo, a Panhandle native who seems determined to stay in Amarillo, feels that low-income and immigrant neighborhoods in the city are ones the city overlooks. He’s released at least five videos (all in the spirit of the first), but he’s now serious about his bid to become a public servant. 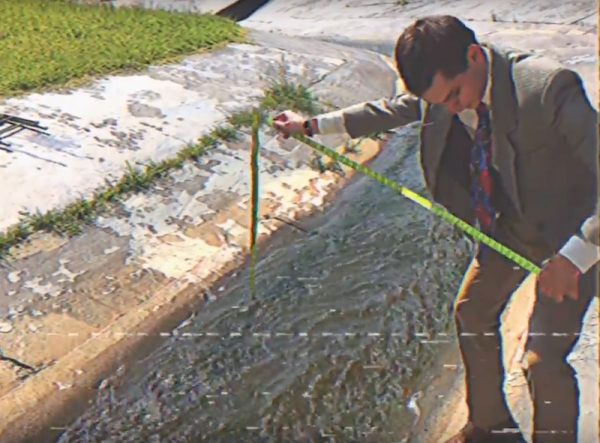 For the full story, go here.