The Bartlett Project, Part 4: Bartlett is Not a Ghost Town

by Leslie Moody Castro May 25, 2021
FacebookTwitterEmail 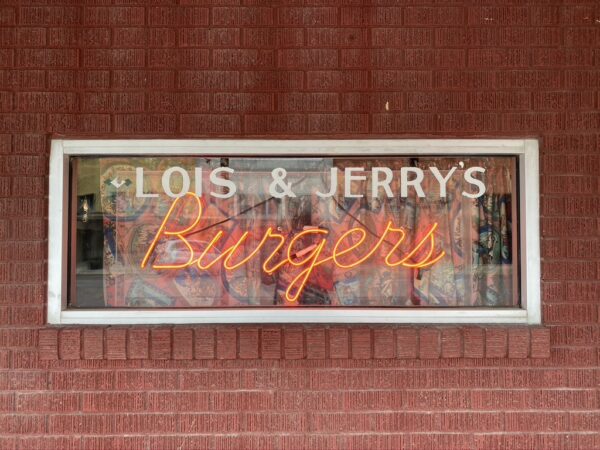 Photos by the author.

For the first three installments in this series, please go here, here, and here.

Very recently, the town of Bartlett was the protagonist in an article in AAA Magazine. The headline referred to Bartlett as a “ghost town,” then continued to elaborate on the sense of emptiness and forgottenness the town has experienced since the 1930s, with a narrative that continuously returned to the misnomer of Bartlett as a ghost town. 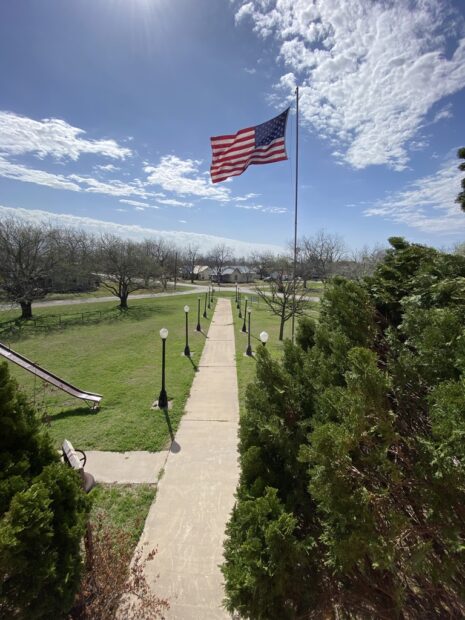 The town of Bartlett is roughly 1.2 square miles, or a generous two-mile radius. The historic downtown of Bartlett lines Clark Street, where all day and all night vehicle traffic crosses from Interstate 95 to the I-35 corridor all central Texans are painfully familiar with. Throughout the day, a few drivers will stop, park along Clark Street, and spend some time taking selfies with the stoic buildings as a backdrop, and now and again they will walk the few blocks surrounding the main strip of downtown, and after a few minutes, hop back in the car and proceed with their respective road trips. Day and night ranchers haul cattle and horses from one place to another, stopping their massive Texas trucks and hitched trailers at the innocuous STOP sign on the corner of Clark and Evie Street. 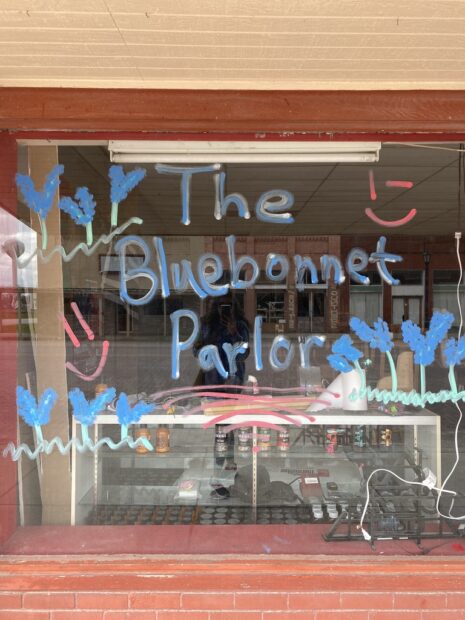 In downtown Bartlett, building after historical building line both sides of two full city blocks that host almost no activity. The buildings stand quiet and empty — a general sentiment felt through lack of visible density and human activity. It’s this lack of activity downtown that has resulted in the perception and definition of Bartlett as a town that is nearing ‘ghost-town’ status, and in full disclosure, was also an idea that was used to initially draw me into the project. “Ghost town” was also applied to the town through a terribly produced YouTube video in 2012.

Despite research, I have yet to find a clear criteria for what makes a ghost town a designated ghost town. What criteria make a town no longer a living town? In the case of Bartlett, it seems that the emptiness of the four blocks of downtown have been the source of assumption that Bartlett is a town nearing ‘ghost town’ status — an assumption that’s perpetuated by the false narratives of people who do not actually live there. 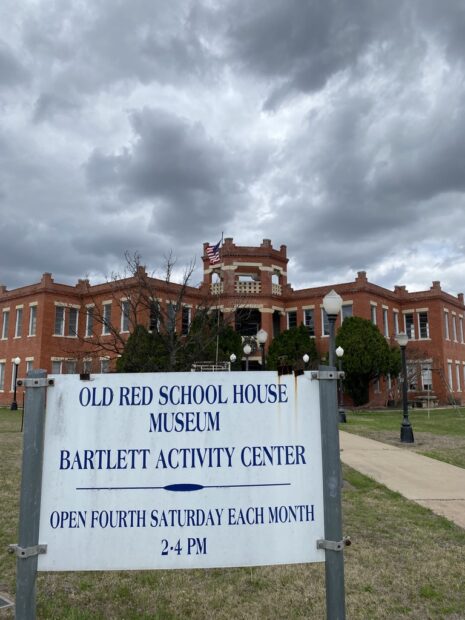 Just outside the limits of the four blocks of historic downtown is a town full of residents who are active and involved. There is an activity center that also functions as a small local museum, an American Legion that hosts fundraisers and events for the school and community organizations, a city hall trying to keep up with the demands of a town that wants to evolve, a library that is one of the most important resources for residents, and a school district whose buildings are over-filled with the town’s children. 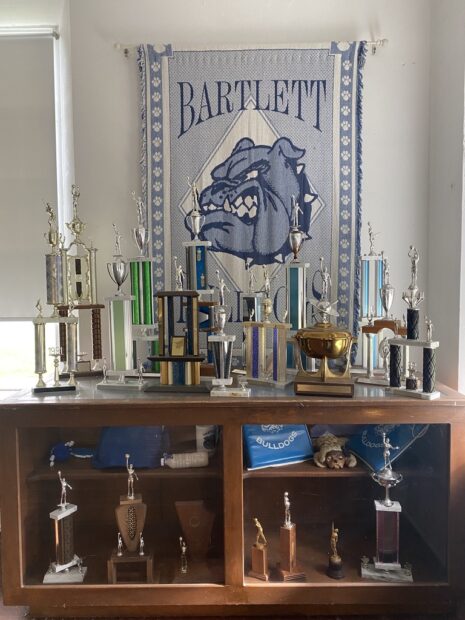 Bartlett is the opposite of a ghost town. It is a town whose seams are beginning to bust, and whose story is fighting against being forgotten. But it is not just the memory of the past; it is the reality of the present that defies any definition of Bartlett as an abandoned place. 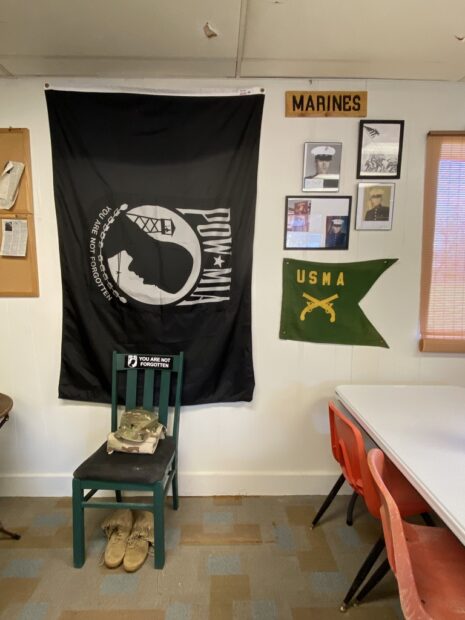 It’s even more unfortunate because these inaccurate representations are then projected onto the people and communities that make the town thrive. 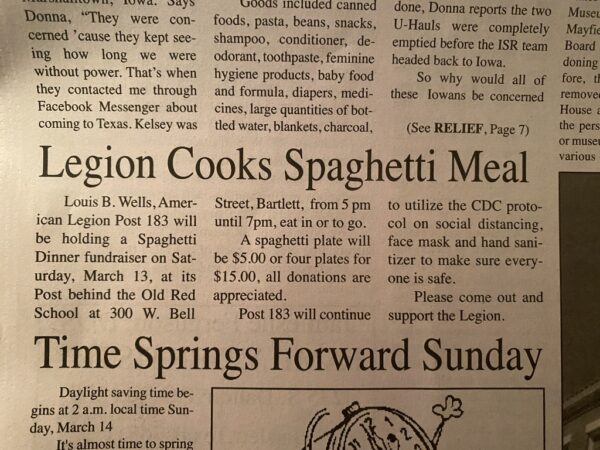 I visited the school and sat in band practice. I attended the American Legion spaghetti fundraiser, as well as the monthly breakfast. I spent time at the Bartlett Activity Center and learned about the history of the school district. I was given a walk-through of the library where I later spent the full afternoon, then ate fried chicken from the Red&White out of the hatch of my car watching the clouds race across the sky. I look forward to Perez BBQ Saturdays, and daily I wave to resident after resident as we pass each other in the car or on the street. I do these things with real people who are lovely, generous, and care about the future of their town — lovely people whom I have also grown to care for immensely. 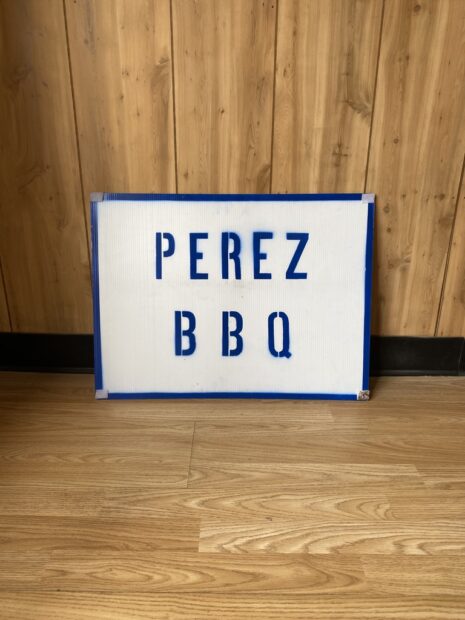 Bartlett is anything but dead. It may be in transition; it may be approaching a resuscitation, but it is anything but dead. And, if we’re going to spend time there, the residents who have made their lives, raised families and hold the memories of their town deserve both our time and our ear to listen to their stories of their place. But more than that, they deserve recognition, and the respect of acknowledgement that their lives are significant and their lives are the foundation of the complex and intricate history that is the town of Bartlett, which is very much still alive. 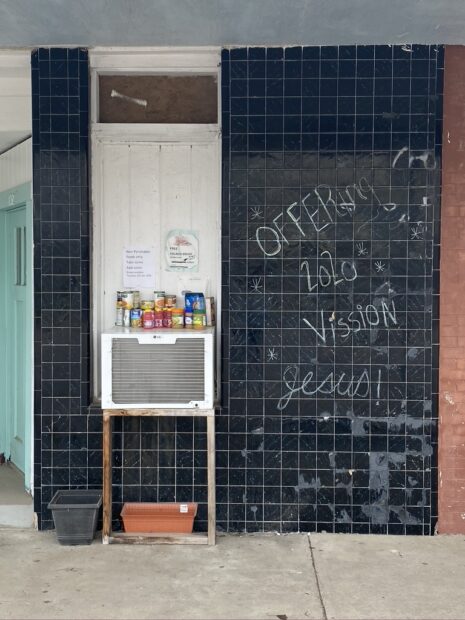 P.S. I have not hyperlinked either the YouTube video or Triple A article because both are inaccurate representations of the town, and I have no desire to contribute to that. I have also not included any images of people in the accompanying photos because I do not take photos of people without their consent. Instead, the photos I have decided to include offer remnants of residents in their place.

The Bartlett Project, Part 7: An Interview With...

The Bartlett Project’s Public Opening Day Is Upon...

Loving this series and how you’ve immersed yourself in the town of Bartlett to listen and understand. I am grateful to be a new resident and excited to meet the folks that have called Bartlett their home for years and years. I want to contribute to the progress in a respectful way – similar to how you’ve approached this project. Thank you for covering Bartlett so wonderfully!

Thank you, Stephanie! Looking forward to meeting you really soon.