The Bartlett Project, Part 8: A Building and its Dust 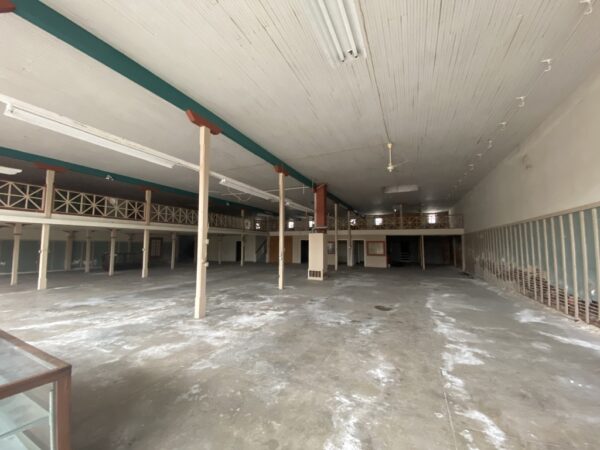 For earlier installments in this series, please start here. The most recent installment (before this one) is here.

It was only a few weeks ago I spent a Sunday morning sweeping out the building that would soon host the exhibition we’d all been working on. The building that occupies 221-227 Clark Street in downtown Bartlett sits in the middle of block between highway 95 and Evie street, and is large enough to require three numbers in its address: 221, 225, and 227. 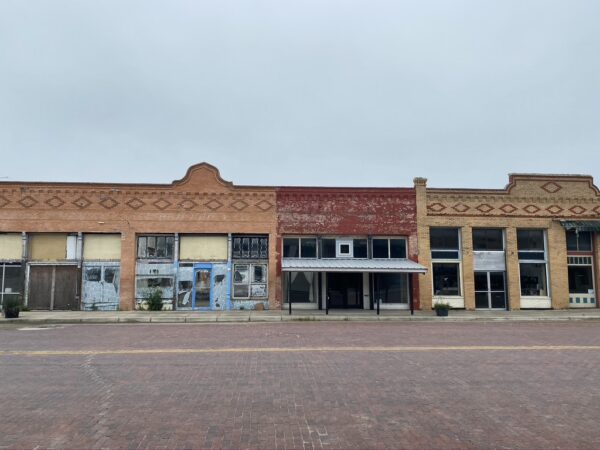 The light tan bricks of the building contrast with the brightly colored details on its facade. Rows of red brick diamonds run across the top of long, double-stacked windows that line the front of the building on the street level. It is 18,000 square feet of architecture, with a white, mauve, and teal color scheme alternating between each of the windows and doors that  continues into the building itself. Inside, the large and overwhelming rectangle of space is broken up by rows of skinny columns painted an aging color of white, with mauve toppers nestled under teal beams.

We are all aware of the picturesque and impressively preserved buildings of Bartlett’s downtown. After all, Bartlett is the stuff that literal movies are made of, and has acted as the backdrop for many. As I pushed the broom across the cement floor of 221-227 Clark Street, layers of dust billowed up into the air, as though life was once again resuscitating the building. 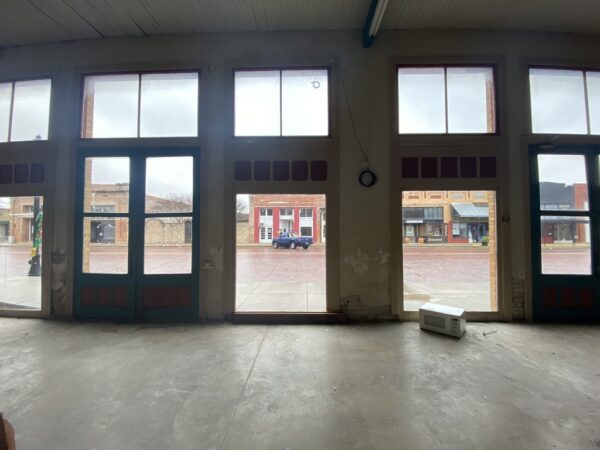 Holding the broom, I was aware that it was my task to curate an exhibition in this building —  to reactivate a space that has been abandoned, and in many ways, to bring the history of the past into the present, and ultimately into the future. That day, as I swept up decades of dust, I was reminded that the building may be inanimate, but those walls are the host of memories, the container for the stories of people and their lives. While space is inanimate, and architecture a complex collection of bricks and cement and wood, it is the life that we give to spaces and to architecture that really makes it live. 221-227 Clark Street might be quiet, but the stories that live amongst its bricks and behind its plaster are also the stories of Bartlett.

I’ve learned that the building was once a hardware store, an appliance store, a dollar store, and some have confirmed that the town’s funeral home used part of it as an overflow area for embalming. As I pushed my broom across the floor that day I couldn’t help but think of the history that floor holds — of all the footsteps that had come before mine, all the conversations the walls had overheard.

The responsibility of curating an exhibition shifts notably, depending on location. In most situations, putting beautiful things on pristine walls is the easiest approach, but not necessarily the most accessible or understandable. I’m not interested in the perfect world of a white cube, but rather in the transparency of working in a space where all its bones are exposed, where the plaster is melting off the walls, the stains of water damage interrupt a dated color scheme, and where piles of disturbed dust create smokey clouds in the air. I am interested in working with a building that shows its lifetime, that is an architecture of histories and stories and memories that collide with the present. I am interested in building an exhibition that reflects the space of time, and is respectful of the past as it comes into whatever future it finds. 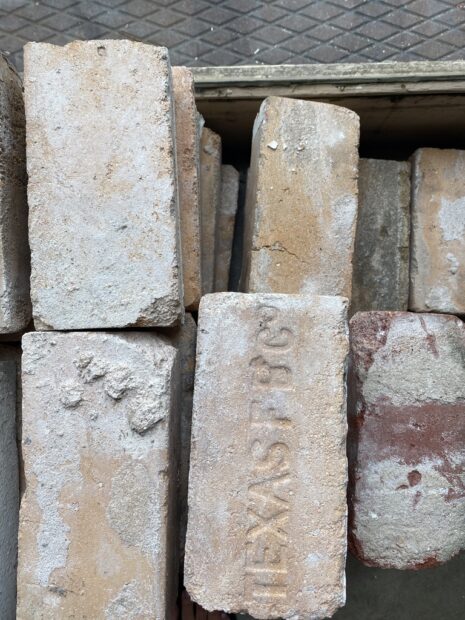 It still baffles me that this building has been closed up for so long. That the town’s memories about it float out in conversations so easily, and the stories always end with the years of inaccessibility. It baffles me that an entire  town’s population had not had access to the buildings that comprise its own downtown — that the places where they grew up, spent their days and planned their lives have only lived on in the memories they have shared amongst themselves and with me.

The group the artists participating in this massive endeavor have turned a shell of a building into a space for new memories, new stories, a new chapter that respects the previous one, gives it space and acknowledges it. This exhibition is a transition — a betweenness, so to speak — and a place to share, experience, and gather. 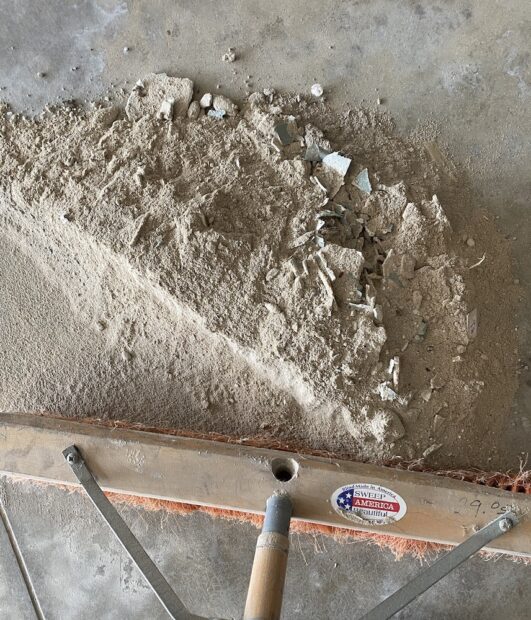 As I pushed the broom across the floor that day, the dust danced across the space and into the air. As layer after layer of dust lifted, it felt like the building had lungs again, like it was ready to receive the residents that once gave it life. Very, very slowly, it was starting to breathe again.

The Bartlett Project, Part 7: An Interview With...

The Bartlett Project, Part 4: Bartlett is Not...