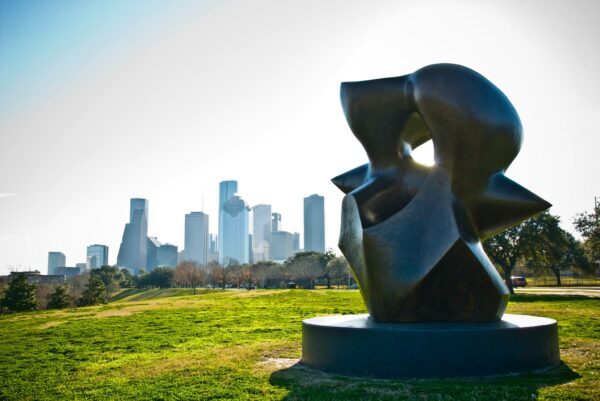 Earlier this month, Arts Accountability Houston (AAH) released a statement of demands calling on the Houston Art Alliance (HAA)  and Mayor Sylvester Turner to address its concerns with the shortfall in funding for the 2020 City of Houston arts grants. In Glasstire’s updated news story about the AHH’s demands, the Houston Art Alliance (HAA) responded to issues raised by AAH.

As a follow-up to our original story, Glasstire has received responses from both AAH and the Houston Alliance for Latinx Arts (H.A.L.A). According to a statement from H.A.L.A., which is an advocacy group that engages with and fosters leadership within Houston’s Latinx arts communities, their members along with AAH and the 2020 grantees were invited to a series of Zoom town hall meetings initiated by HAA. H.A.L.A.’s steering committee stated that John Abodeely, Houston Arts Alliance’s CEO,  emailed grant awardees two sets of proposals on Thursday, September 17 to address the immediate 2020 grantee award shortfalls, and “a second proposal which lays out three ‘Options’ to address the revenue reduction due to the COVID-19 pandemic, from the City of Houston’s Hotel Occupancy Tax grant funding structure from which H.A.A. awards arts grants.” 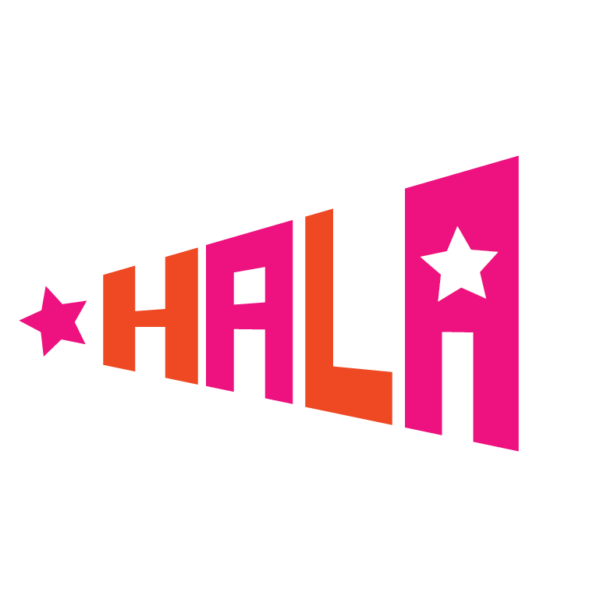 The following is H.A.L.A.’s response to the proposals:

On the first proposal: H.A.L.A. endorses H.A.A.’s proposal to extend 2020 grant deadlines until the end of 2021, including free technical and administrative assistance for awardees to make works adaptative virtual projects, and the creation of an improved platform that would allow for more rapid responsiveness to its awardees.

As per the second set of proposals: H.A.L.A does not accept any of the three funding Options offered. H.A.L.A cannot support HAA’s attempts to fill this year’s award funding gap by distributing 2021 grants only to artists and organizations that received grants in 2020.

Both “Option 1” and “Option 2” offer funding structures that, in the short-term, sacrifice future awardees, while “Option 3” is the current funding structure, meaning it doesn’t propose any change to an alternate funding system which provide the bandwidth for their evolving demographic challenges.

While “Option 1 and 2” lead to the guarantee of grantee funds, they also sacrifice awardees — individuals and organizations — during an economic and health crisis. The funding cuts as a result of these two options would certainly further affect particularly vulnerable individuals and organizations that are a part of the underserved, under-represented and B.I.P.O.C. populations of Houston. HAA’s proposals are a band aid.

In order to supplement the funding gap in 2020 grant awards and to provide for a healthy culture of the arts in Houston: H.A.L.A. supports, advocates and insists for further efforts by the Houston Arts Alliance and the Mayor’s Office of Cultural Affairs to source alternative funds that do not conflict or compete with small Houston arts organizations that are current and future HAA awardees, and in addition do not restrict artists freedom of expression and cultural re-imaging of our role in society. 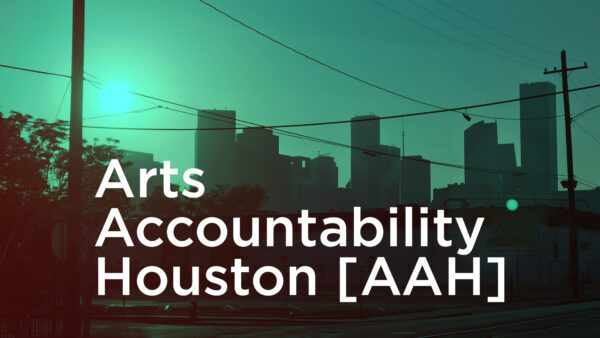 For  its part, Arts Accountability Houston has released its own response to HAA’s proposals, which it finds unacceptable and falling short of the needs of the city’s culture makers. AAH’s full statement is as follows:

This past week, the Houston Arts Alliance began to circulate a series of options for arts in the city. We appreciate the HAA’s willingness to imagine a new future for arts funding in Houston and its efforts to become more responsive to the Houston arts community. However, we find the options on the future of arts funding being presented by HAA to be unacceptable. These options do not meet our needs as the culture makers of this city. Our original statement, which has been signed by more than 120 past, current, and future artist grantees, still stands; we invite you to read and respond to it. We ask that the Mayor’s Office of Cultural Affairs, HAA and all relevant decision-makers continue to find alternative sources of funding to make up for the current HOT budget deficit that do not sacrifice future arts funding. It is crucial that this additional funding should not conflict with existing sources of income for  small arts organizations and critical social services. These funds must maintain the freedom of speech, content and subject-matter that is so critical to sustaining the artists’ role in generating public dialogue, discourse, and imagination.

We note that it has been more than 6 months since the pandemic Covid-19 has befallen us. All this time, we were never given any official guidance as to how to complete our projects with 50% of the promised funds while many other public art funding bodies acted swiftly to issue detailed, compassionate guidelines. Some even increased the amount of investment in the arts considerably. We urge you to look at the examples set by the city of Austin, as well as the countries of New Zealand and Denmark (both of which have a lower annual GDP compared to Houston). In Houston, the 4th largest city in the wealthiest nation on earth, we were given notice over summer that our grants would be cut in half. And this last weekend, we were asked to choose between two untenable options for funding, both of which would cripple the local arts community in Houston,by freezing or severely limiting grant cycles for the next 2 to 3 years..

We understand that HAA has traditionally served as the advocate for the interests of artists in the city. However, because we understand that arts funding is tied to budgets administered by entities that go beyond HAA, we are appealing to you, our city officials, and arts administrators to find a solution that addresses the current budget shortfalls without sacrificing future arts funding, current critical social services, or adding new restrictions on artists.

HAA to Inspire Out-of-Towners with Sweepstakes