A Texan in Brussels: Part Two 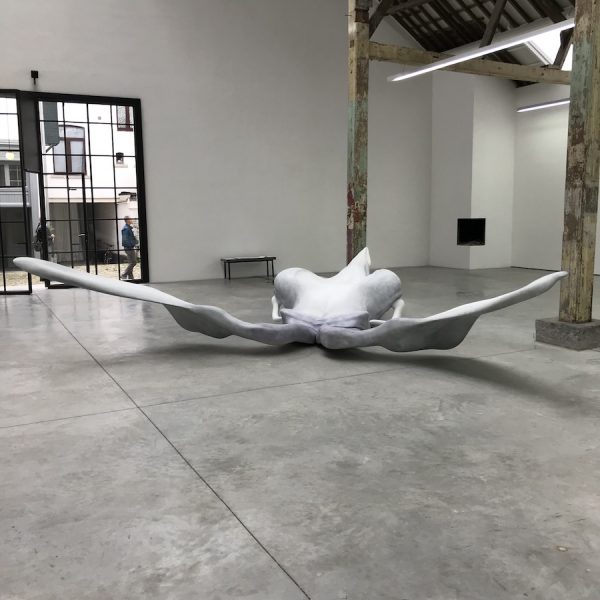 My daily schedule is starting to gel. I wake up earlier than I would in Dallas, and walk down for the continental breakfast service, then go back upstairs to listen to the news, and take a bath while watching some Bon Appétit youtube before checking through my work inbox and taking care of general business. After 11 a.m., I can start to think about what I’m going to see for the day.

Merylin Lira, an artist and close friend from the art school at the University of Texas at Arlington, messaged me to say that she’s living in Ghent again to continue her Masters in Animation at the KASK Conservatorium. We coordinate to meet up, and she messages that she can be in Brussels in just a couple of hours, thanks to Belgian train system. 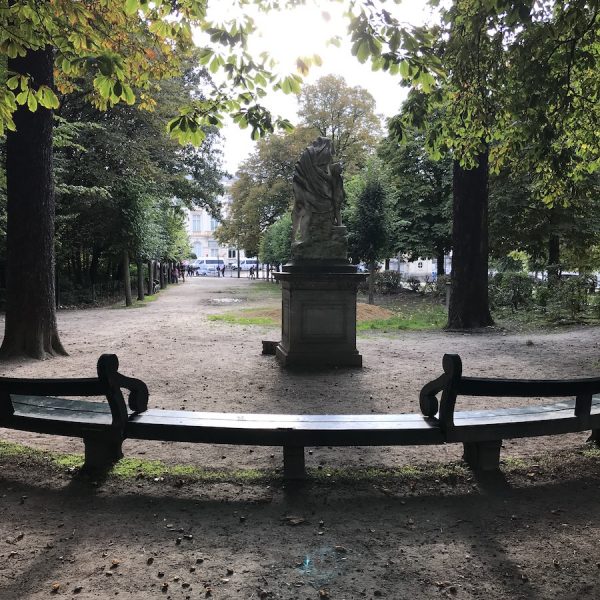 We spend the afternoon walking along the Parc de Bruxelles, sipping coffee and catching up since our last meeting two years ago (also in Ghent, which sparked my interest in spending more time in Belgium). She lives between the U.S., Brazil, and Belgium, with hopes to one day relocate to Portugal. The Belgian educational system is affordable enough to attract foreign students, and our time together only reaffirms my interests in Belgium as a place to develop one’s critical pursuits. 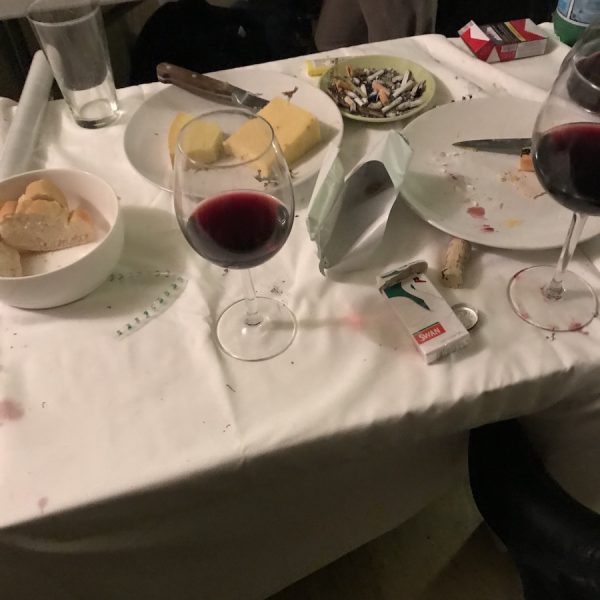 A true artist dinner at the residence of Mick Wilson, city center, Brussels

Merylin wants to hang out at my hotel for the evening while I go to an already planned dinner with Gary Farrelly and his cohorts. I should have guessed that a dinner party here can stretch deep into the night. Hosts and guests discuss the ongoing Brexit conundrum, life in the EU, and some insider knowledge about institutions shared between Belgium and Ireland. The dinner is hosted by Mick Wilson, who is on sabbatical from his job at the University of Gothenburg, Sweden. Also on hand are Irish artists Ella de Búrca, Anthony Colclough, Fiona Hallinan, and Jeanette Doyle. 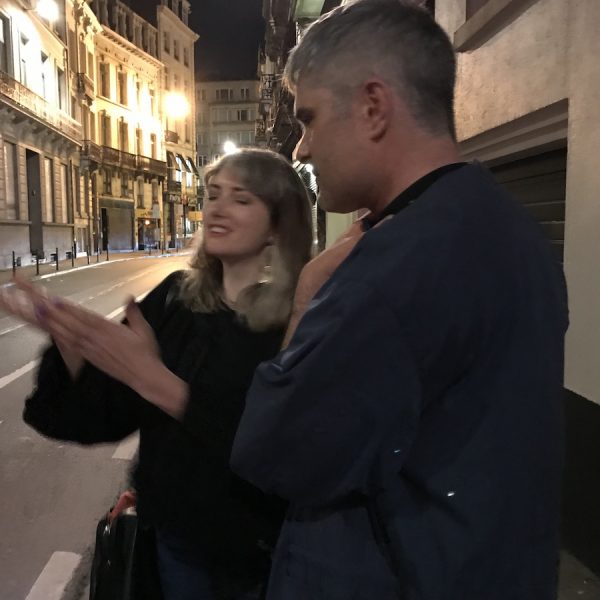 Gary Farrelly and Fiona Hallinan after a late dinner in Brussels

After a multi-course meal and a lot of conversation, the party separates, and Gary and I, around 4 a.m., have an ill-advised Jupiler beer in a public square. Then Gary ubers me home, and I plummet to sleep. Only after waking up at 11 a.m. do I realize that Merylin has taken the train back to Ghent. I get a miserable breakfast before taking a bath and napping some more. Socializing is a great way to get to know the city, but it has its costs, and I am on a tight budget of time. 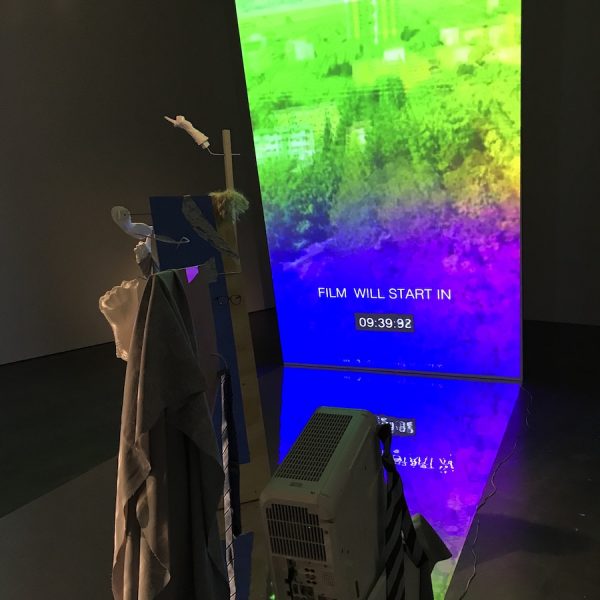 Harlan texts to ask if I have visited the Wiels Cultural Center yet. I haven’t, and we agree to meet at his gallery in the southern neighborhood of Ixelles before taking the tram over to meet Sean Crossley, an Australian artist Harlan represents who lives in Brussels. Sean’s temporary studio, as a part of the residency program with Wiels, is housed within the main building, in the southern part of Brussels. Harlan and Sean discuss the breakthroughs that Sean has made, nearly halfway through his six-month stay. The residency isn’t residential, but there are about eight studios, which hosts international artists (usually their stay here is sponsored by their home countries). Sean’s position is fairly unusual; Brussels residents don’t fill out the roster here much anymore. Sean’s works in the studio don’t seem to aspire to be final pieces. They’re the process — the hard work that comes with evolving one’s practice, and it’s intriguing to hear an artist and gallerist speak genuinely, excitedly, and diligently about where things are going with the work. 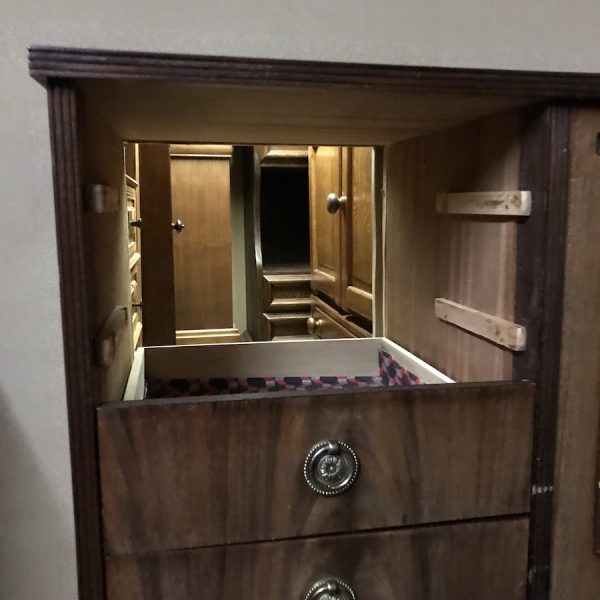 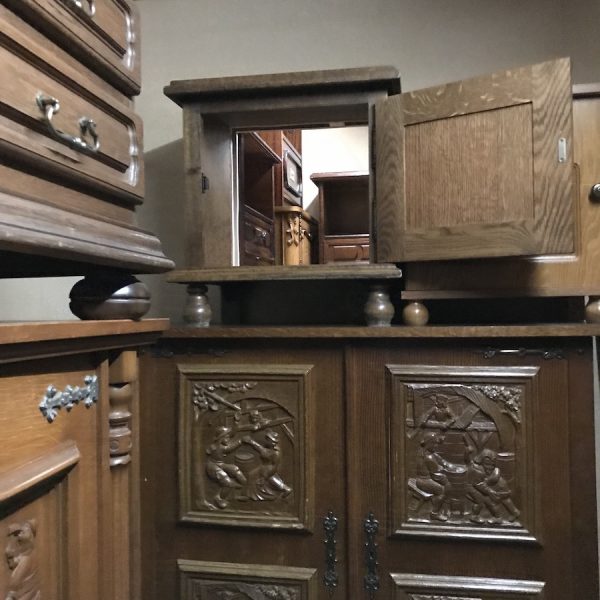 I have yet to do a formal gallery walk yet. Brussels’ gallery weekend, the major fall opening event in Brussels, took place September 5th, a month before I arrived. Saturday is my chance to catch as many shows as possible. I mostly use the above-ground tram to get around the city. Traveling from my northern location in the St-Joose-ten-Noode neighborhood isn’t that difficult, but it does require a lot of connections; the north-south lines and the east-west lines don’t interconnect often. I leave my apartment at 2 p.m. and finish around 7 p.m.

(I have annotated each gallery with a Dallas equivalent, for a little clarification for some of our Texas-based readers.) 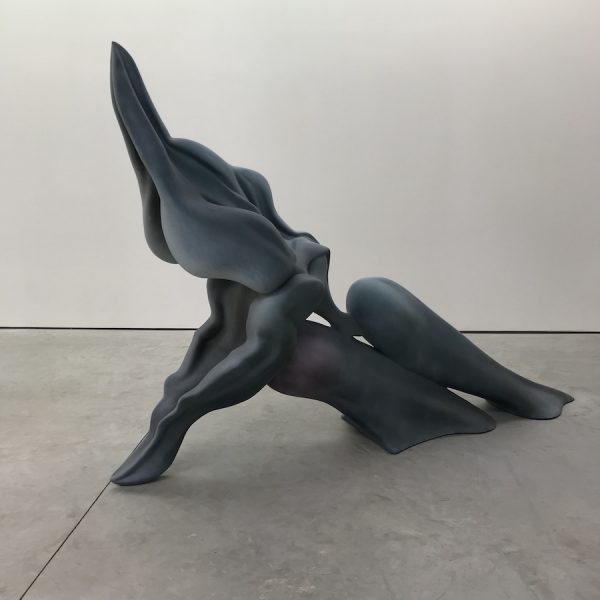 This U.S. gallery has a Brussels outpost. Marguerite Humeau’s exhibition, MIST, is another take on the climate crisis, though this show takes a mystical approach. The large, post-industrial space with high, clean walls features a series of castings of ‘post-human’ organs, which are quite Yonic. These works posit that the awareness of death is built into consciousness of all living things, and in the face of extinction this awareness grows into a spiritual super-sense. Some of this is lost on me, but conveniently, to clear up any confusion, there’s a diagrammatic ink drawing that maps out the battle between life and death. 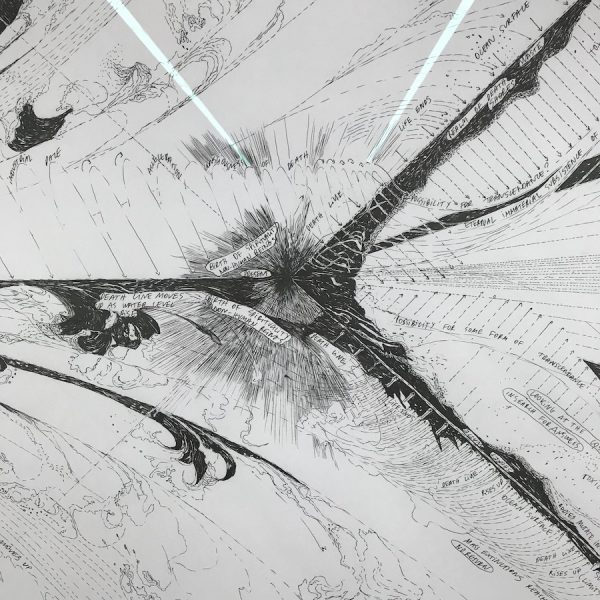 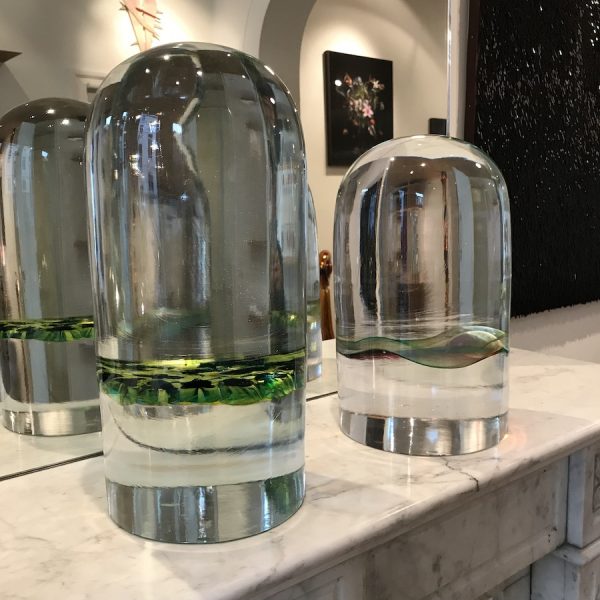 This is a gallery in a former residential space. The layout leans more towards a ‘design’ eye, though the work on show is certainly art. The exhibitions are organized by geographic region; this exhibition is a showcase of works by Finnish artists. A lot of glass and textiles are on display, which is refreshing following all the highly conceptual work I’ve seen so far on this trip. 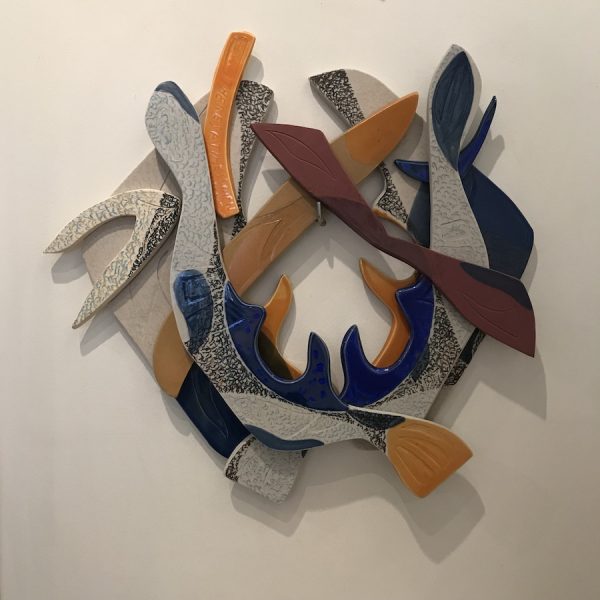 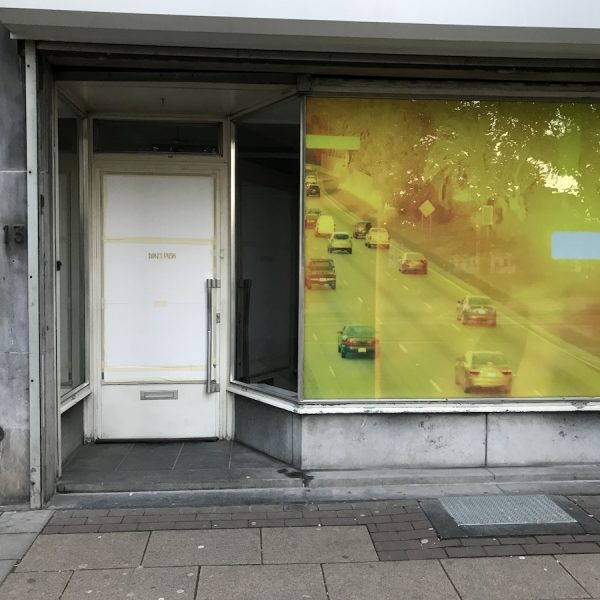 I arrive perfectly on time, which is a habit I really need to break. The entrance to this side space of a housing project is broken (presumably vandalized), and requires some last-minute repairs before I’m allowed to enter. I grab a quick Jupiler at a nearby pub, and return to find a photo slideshow by Sebastien Rouszé.

The artist sets the work to a Spotify playlist of techno music. The intention is to create an interplay between music that is algorithmically selected, and the photos which are sequential. What flits by: a ten-year period between the mid-’90s and mid-aughts, as well as the birth of the artist’s first child. The atmosphere and crowd is convivial, and my recent acquaintance Ila Firouzabadi introduces me to the various members of Rectangle collective, one of the groups who’ve organized this space since April 2019, among other spaces in Brussels. 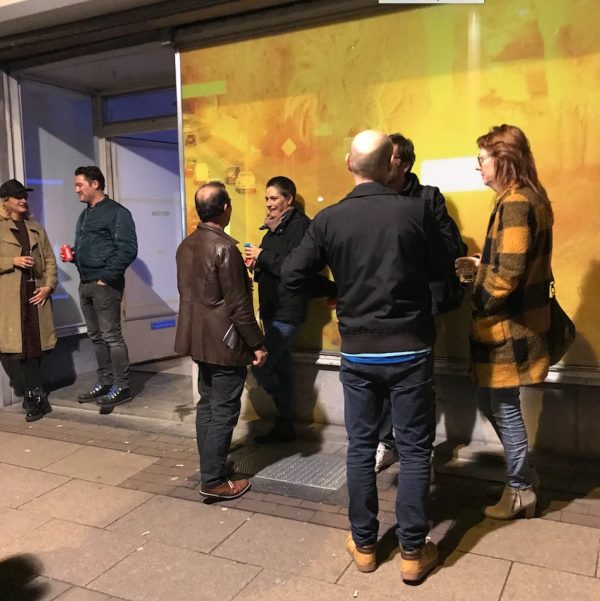 The entire engagement feels friendly and intensely familiar — it’s similar to Dallas. It would make a great extended hangout for me if I hadn’t already spent the better part of the day on my feet, trying to find tram stations across the southern half of the city.

Next up: Part Three

A Texan in Brussels: Part Three