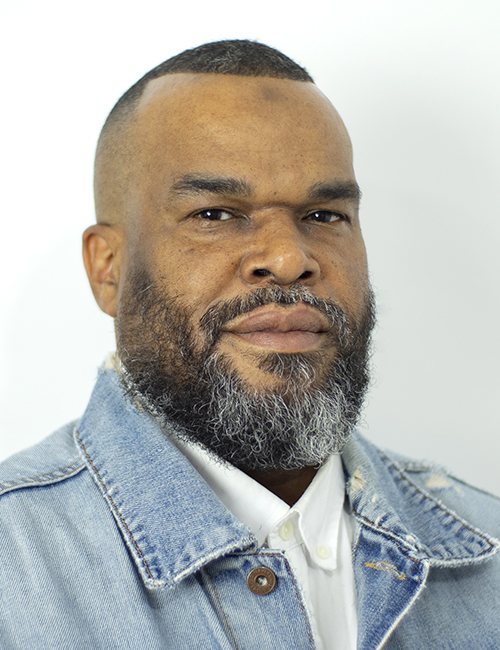 The High Museum of Art has announced that Houston artist Jamal D. Cyrus is the 2020 recipient of the $25,000 David C. Driskell Prize, awarded for his contributions to the field of African American art. The annual award, given since 2005, reveals the High’s dedication to African American artists and scholars. As reported in Glasstire last September, Cyrus also received a 2019 Joan Mitchell Foundation Grant, one of several other awards the artist has received over the past few years.

His other awards include the BMW Art Journey Award (2017), the Smithsonian Artist Research Fellowship (2009), the Artadia Houston Award (2006) and the Louis Comfort Tiffany Foundation Award (2005). Cyrus will receive the Driskell  award and be honored at the 16th annual Driskell Prize Dinner at the High on Friday, April 24, at 7 p.m.

“I [feel] great!” Cyrus states in an email to Glasstire. “Artistically I was raised under the philosophy of John Biggers, one of the teachings of which was to honor one’s creative ancestors. That lesson was reiterated by my late mentor Terry Adkins, who made sure I understood I was part of a phenomenal tradition of artists.” He continues, “So my aspiration is to not only take from that line, but to contribute to it as well.”

Via the High Museum:”Cyrus works across media in a conceptual, research-driven practice that interrogates American history within the framework of black political movements, the influence of the African Diaspora and social struggle. Encompassing object-based toperformance art, Cyrus’ work is a form of self-education, aiming to rectify gaps in the understanding of cultural and national heritage.”

In addition, Cyrus’ work was featured, as part of the artist collective Otabenga Jones and Associates, in the High’s exhibition After 1968: Contemporary Artists and the Civil Rights Legacy (2008), a companion exhibition to Road to Freedom: Photographs of the Civil Rights Movement, 1956-1968; Cyrus was also in Day for Night at the 2006 Whitney Biennial.

States Rand Suffolk, the Director of the High Museum: “Jamal Cyrus’ multifaceted work poses important questions about how American history is recorded and shared. We are honored to recognize his contributions to African American art and to support his practice and ongoing exploration with the 2020 Driskell Prize.”

Named for an African American artist and art scholar, The Driskell Prize was established by the High in 2005 as the first national award to celebrate an early- or mid-career scholar or artist whose work makes an original and important contribution to the field of African American art or art history.

Established by the High in 2005, the David C. Driskell Prize is the first national award to honor and celebrate contributions to the field of African American art and art history.

For more on Cyrus, his Driskell recognition, the Driskell Prize and its past winners, please visit the prize website here.