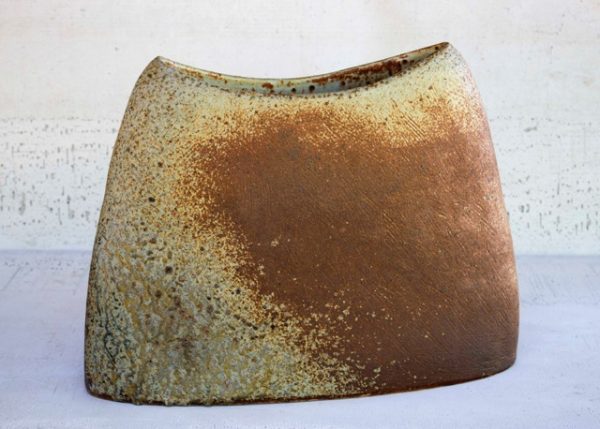 There’s a lot of talk around food in our society: how much we eat, the ingredients constituting the food we eat, how it affects our bodies, how often we photograph it, how often we gluttonize it, its ramifications on our health. But how often do we think about the ritual of eating? In a society overrun with fast food and bustling, trendy restaurants; of mail-order ingredients; of plastic-wrapped, processed food — what does it mean to think carefully through such a seemingly simple, daily task? There’s an innately intimate process to ingesting (and more specifically, tasting) that is private and singular and sensorial.

Furthermore, to what extent is eating and drinking fundamentally performative? Should it be? In a busy world where it seems like all we do is multitask every waking moment, what is it, exactly, that we lose when we consign eating to being an afterthought — as simply another activity to shove into an otherwise packed day? 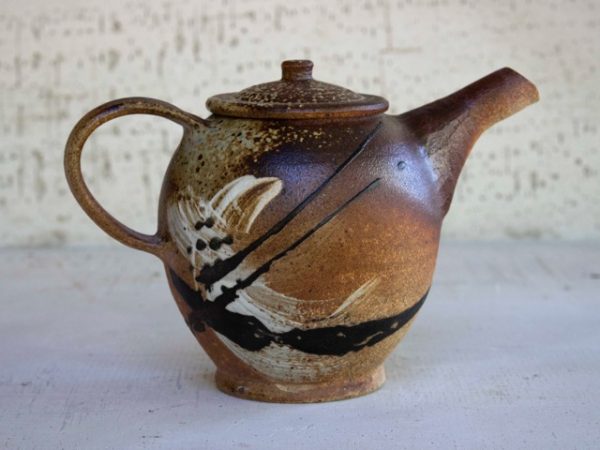 The crux of the collaborative practice of Gaye Lynn and Michael Hodgson, over thirty years in the making, is that eating and drinking — other than the obvious connotation that it keeps us alive — is a performative act that should be honored. And it’s something that connects us, joyfully, to our own bodies and to the earth.

Other than the communion of eating, and the ingredients and the act of tasting, it’s the vessels holding the food that can truly activate the performance, and serve as a ritualistic conduit. A bowl, for instance, is more than a bowl: it is the connective tissue that elevates a mundane act into an experience. And this is what fuels the Hodgsons’ impulse to create transformative, functional art.

Michael broadly describes pottery as “grounding,” which speaks to pottery’s general potential to engage and enhance the act of eating. But “grounding,” quite specifically, speaks to the aesthetic of both his and Gaye Lynn’s work, whose exhibition at Rockport Center for the Arts (RCA) opens on January 31. 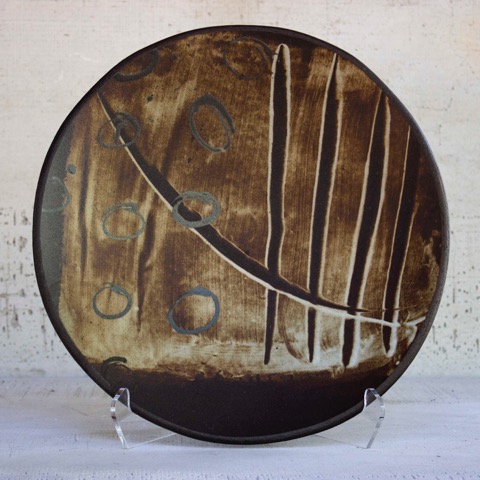 Both Hodgsons execute the notion of “grounding” in very different ways. Michael mainly works off the wheel. He infuses his pottery with warm, earthy tones. Platters, ewers, and mugs pulse with a mixture of siennas, reds, and burnt oranges that feel inviting and volcanic. Intentional imperfections and thrashing, Abstract Expressionistic markings lend the simultaneity of serenity and frenzy, much like the earth itself. 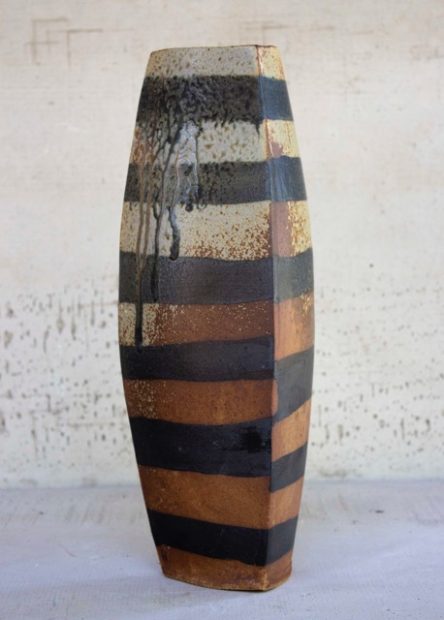 Gaye Lynn’s groundedness, on the other hand, is more corporeal, in that her work flows directly from her hand. While she tends toward brighter, cooler colors — at least more so than Michael — her hand-built vases have a statuesque yet wavering vulnerability to them that intertwine sophistication and humility. They read as profoundly human. 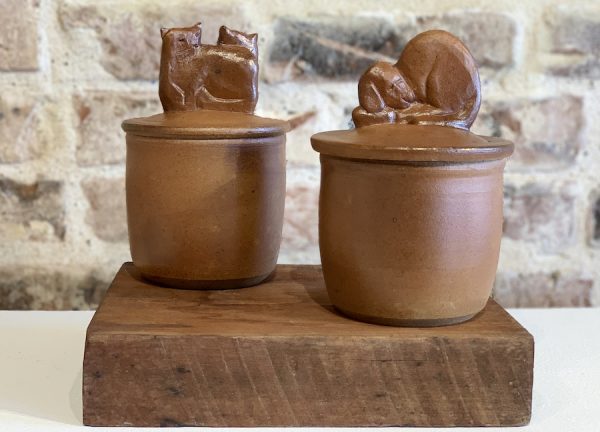 What connects the two is their firing technique, which stems from the wood-fired kiln they built and have used since 1985. Wood firing enhances for them the earthiness of their pottery, and allows for the desired imperfections that enliven their work with sensuality and character. Additionally, they aspire to practicality; their work features food-safe glazes that are also dishwasher and oven safe. Says Michael of the marriage between form and function: “I see functional pottery as an opportunity to create art that is interactive in a basic, daily way.” The artists are jointly driven by the sheer enjoyment of working with the material. Gaye Lynn speaks to this: “The things that drive and inspire me to make pots today are the things that drew me to clay in the first place. It’s about love of function and form, a passion for the process that clay demands, and the joy of using handmade pottery.” And like many artists, the Hodgsons also cull inspiration from their environment — in their case, the rugged serenity of the Texas Hill Country, where they make their home and practice. 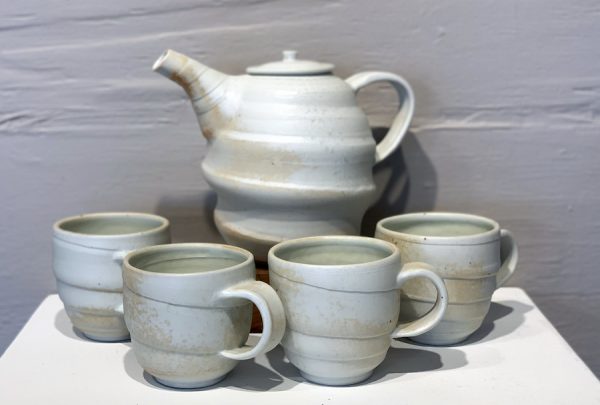 What also connects their work is, of course, their relationship: Gaye Lynn and Michael met while attending Texas A&M. They graduated  in 1978. The husband-and-wife duo established their first post-graduation studio space east of Austin in 1981. It was here that they established not only their their home, but also a sense of community and continued education, learning and connecting via workshops and the collective wisdom of their colleagues. Their work has been exhibited throughout Texas as well as other locations in the U.S. Notable exhibitions include Texas Clay Festival in Gruene, Art of the Pot in Austin, and The Cup Show at Eye of the Dog Center in San Marcos. 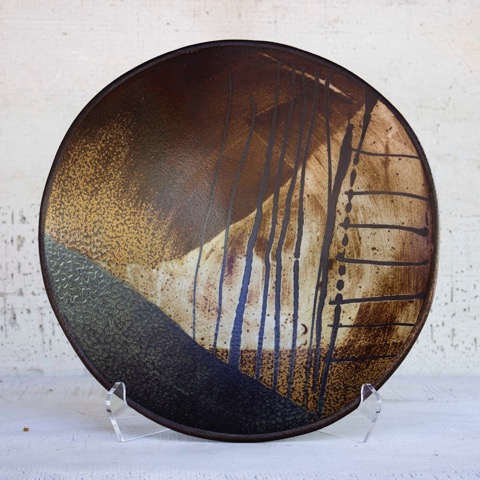 While eating and drinking is of course an individual act, it is also a ritual that often gathers together families, friends, and communities, and pottery plays a central and cohesive role in fostering a sense of belonging. But the city of Rockport, especially, has a rich community tradition of celebrating pottery, and because of that, the Hodgson exhibit at RCA will not be a stand-alone event. The show will coincide with two other events: the Rockport Art Loop and the Rockport Clay Expo. 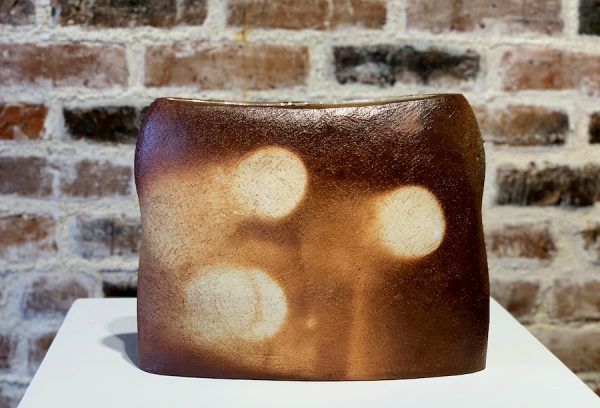 RCA’s Hodgson exhibit will include a kick-off reception on February 8 as part of the Rockport Art Loop. Initiated by RCA, the Rockport Art Loop began last year, and included 11 art galleries located in the Rockport Cultural Arts District. Because each gallery is situated within a quarter mile of each other, the event is easily walkable, and offers various artist talks, artist demonstrations, and simultaneous openings. 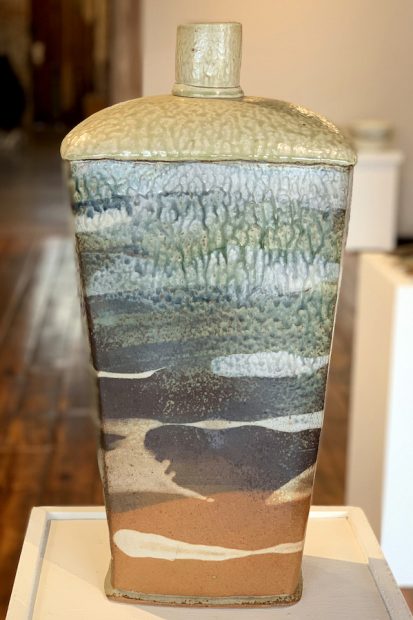 The Hodgsons will also participate in the Rockport Clay Expo on Sunday, February 9, offering demonstrations in clay in downtown Rockport. Organized by the Aransas County Council on Aging, the 2020 Rockport Clay Expo will be the 18th-annual two-day expo, which includes a variety of exhibits and activities, including the popular Bountiful Bowl Pottery Fair and the Soups and Bowls Luncheon. Both events will take place at Rockport-Fulton High School on Saturday, February 8. The Bountiful Bowl Pottery Fair will run from 10 a.m.- 4 p.m., with an admission price of $5. The luncheon runs between 11 a.m-2 p.m. Ticket prices for the Soups and Bowls Luncheon are $10, all proceeds benefit the Meals on Wheels program.