Into the Great White Sands: Craig Varjabedian at Museum of the Southwest 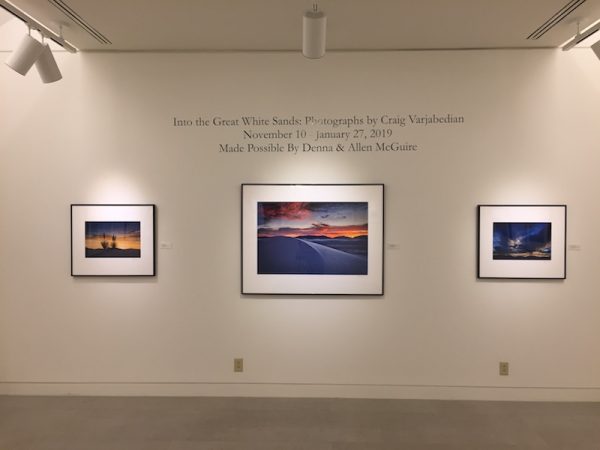 The Museum of the Southwest in Midland is in the middle of its annual Christmas at the Mansion festivities. Throughout December, the museum is filled with events such as its ReinBeer tasting event, a mother-daughter brunch, an ugly sweater run, and more, complemented by an array of decorations and trees throughout its campus.

And in the middle of this flurry of holiday activity is a serene solo exhibition of works, titled Into the Great White Sands, by Santa Fe photographer Craig Varjabedian. Varjabedian was at the opening reception for his show, and spoke for the museum’s Business of Art series.

“The biggest takeaway I came to appreciate is that not everyone goes to nature for that quiet sustenance or reflection,” he told the crowd. “That palate was so incredibly necessary that instead of capturing solitary moments, I was making a portrait of a living, breathing entity.”

Truly, he does both. One of the reasons to get lost in his photographs is because of their luxuriously reflective qualities: The big skies, his capture of the quiet landscape, his subjects’ remoteness. This show is meditative, and definitely a respite from the daily (and holiday-driven) hullabaloo. And while it’s almost too easy to reimagine these photographs in a more stark and formal black and white, a la Ansel Adams, Varjabedian discussed his decision to go for color: 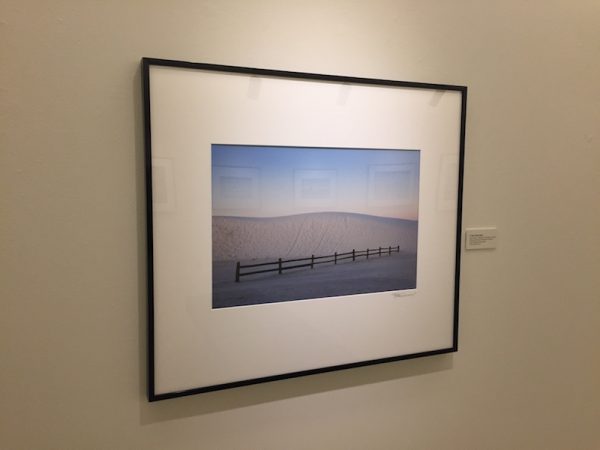 Varjabedian makes magic with terrain in his photos. In his hands, the camera itself seems to have agency, as though it alone sits in wait for that moment where the sun and the sky and the terrain meet to form a perfect composition. His Dune and Fence, Alkali Flats Trail, Sunrise is simplicity at its finest, and yet its sparseness is a wonder. In the picture, a fence seems to float in sentinel silence. 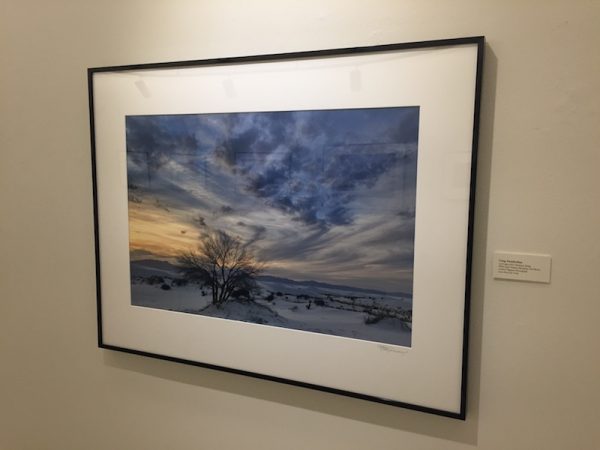 Last Light at the Cottonwood

In contrast, he ‘paints’ his compositions with nature’s elements. In Last Light at the Cottonwood, the swirls of clouds create a Starry Night and hover over the sands, and a lone tree acts as the picture’s stakeholder. The setting sun adds a golden punch to the cold blues of the scene. 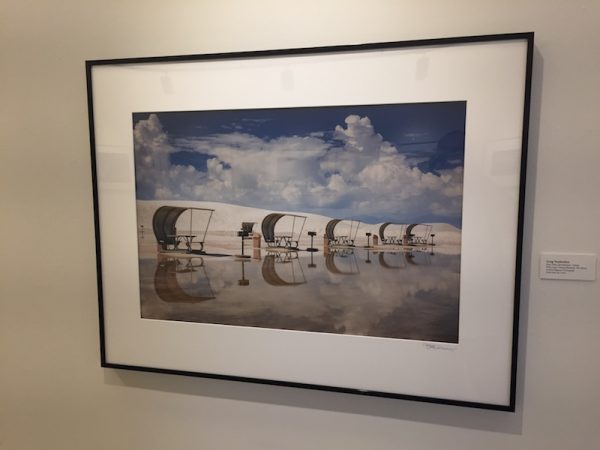 Picnic Tables After a Rainstorm

Picnic Tables After a Rainstorm is surprising and charming, with the line of tables mirrored in the water along with the lush clouds above. 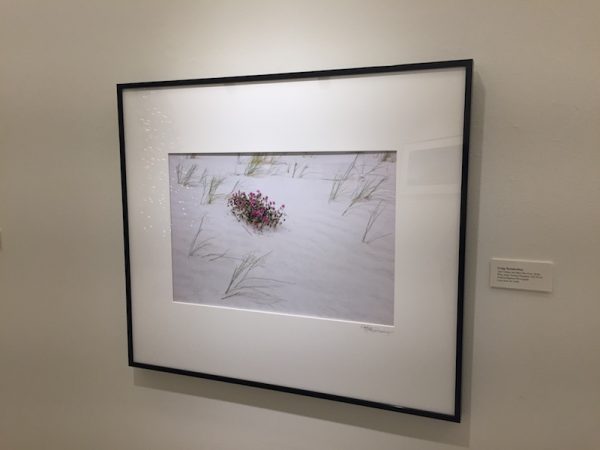 Sand Verbena and Indian Rice Grass features a small pink patch that has the feel of a gravesite. 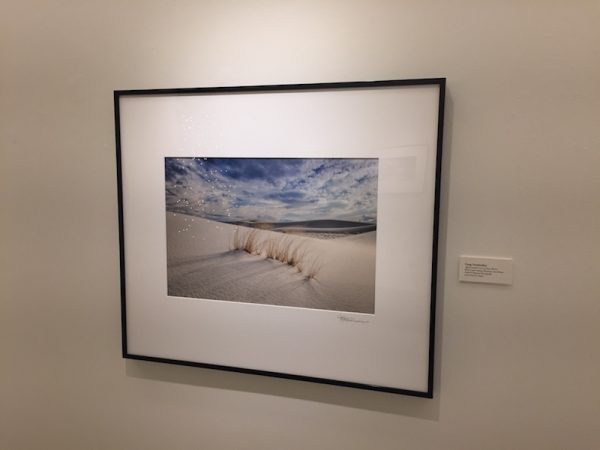 The visual near-pun of Alkali Sacaton Grass on Dunes gives the sand plains a lone edge of grassy eyelashes in need of a brushing. 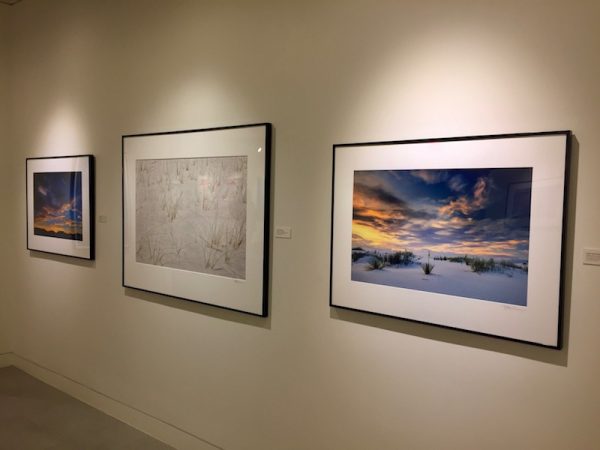 Varjabedian’s exhibition spans three galleries, and each photo invites a prolonged viewing; it’s worth taking the time to study the textures of these lands or the vastness of these skies. Some pictures include people and animals, which not only breaks up repetition, but also remind viewers of our own human connections to these lands and these skies.

But I disagree with Varjabedian’s earlier statement. For him, yes, he was there and met this living entity, connected with it and captured it digitally. For the those who see the work on a wall, Varjabedian’s photographs present a dreamlike state.

Reclaiming the Casserole: Sara Drescher at the Museum...

At the Mouth of the West: A Recent...

Don’t forget to buy the book, Into the Great White Sands: Photographs by Craig Varjabedian
With essays by Jeanetta Calhoun Mish, Dennis Ditmanson, and Jim Eckles