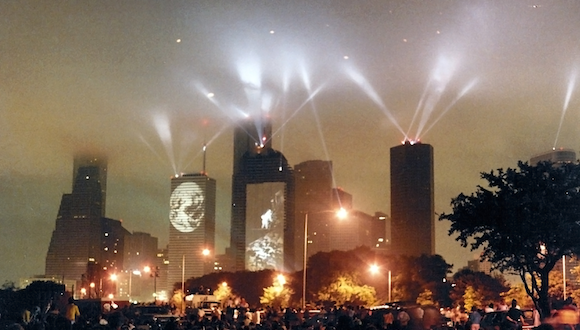 Electronic music pioneer Jean-Michel Jarre will start a short US tour, including Houston and Dallas, reports Digital Journal. He will play Houston on April 10, the same city where he played his music and presented a light show against the backdrop of downtown in April of 1986 in the one-off concert Rendez-vous Houston: A City in Concert. The show was celebrating the 25th anniversary of NASA and honoring the astronauts of the Space Shuttle Challenger disaster.

At the time, it set a world record for the largest concert with about a million and a half people in attendance. Jarre’s new Electronica show is bound to be as visually and sonically stunning. But it will be considered “intimate” in comparison to the 1986 show.