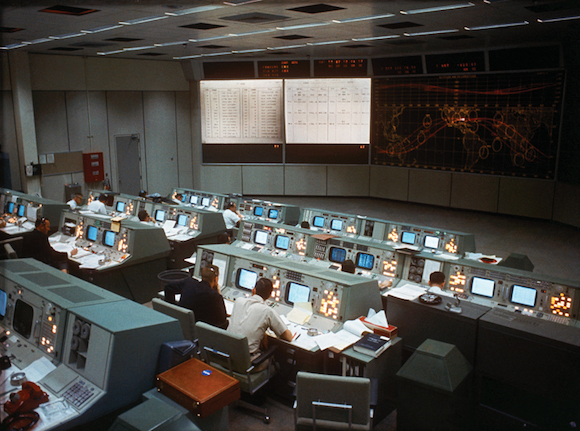 Just yesterday, on July 1, 2019, NASA opened it doors to the public to view the newly renovated Missions Operations Control Room 2 (MOCR-2) at the Johnson Space Center (JSC) in Houston, Texas.

The MOCR-2, which sits in the Christopher C. Kraft, Jr. Mission Control Center Building 30, was the room where many of the first manned missions to space were directed, including Apollo 11 when Neil Armstrong and Buzz Aldrin famously landed on the moon.

In 1985, the MOCR-2 was declared a National Historic Landmark by the National Park Service, and in 2016 the entire JSC was listed on the National Register of Historical Places due to having the largest collection of midcentury architecture in the country. Despite all this, securing the funding for the preservation of MOCR-2 proved to be difficult.

Tensions grew quickly between the Texas Historical Commission and NASA officials as the restoration project, in essence, interfered with NASA’s prospective upgrades for its site. It wasn’t until there was a large public outcry to preserve MOCR-2 in its original state — spearheaded by Sandra Tetley, JSC Real Property and Historic Preservation Officer; Stan Graves, Deputy State Historic Preservation Officer; and retired Apollo-flight controllers Eugene Kranz and Ed Fendell, among others — that NASA allowed the restoration project to continue.

After $5 million in funding, which was provided by not only the city of Webster (where the JSC is located) and Space Center Houston, but also from a public Kickstarter campaign, the project was finally completed this year.

Stern and Bucek Architects, a Houston-based firm, took on the restoration. During the back and forth of the project’s funding, the architecture firm took the time to painstakingly do research and source specific materials of the period, including ash trays, coffee mugs, and telephones. The end result is a veritable replica of what the MOCR-2 looked like 50 years ago — a blast from the past.

The restored Apollo MOCR-2 is now open to the public via the Space Center Houston tram tours, and just in time to celebrate the 50th anniversary of the Apollo 11 lunar landing on July 20.