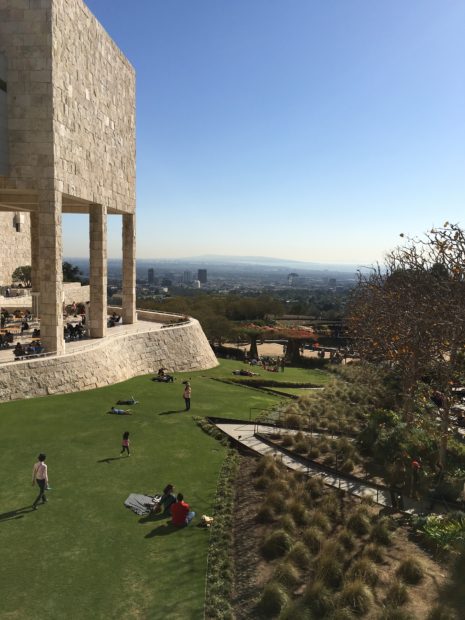 I just spent the last week in both Los Angeles and New York, and saw a lot of art. I stuck to the museums for both cities, with the exception of Hauser Wirth & Schimmel in LA, which of course might as well be a museum, and a good one at that. But both cities have their own esoteric relationship with art, with New York still feeling like the veteran connoisseur—New York loves art as much now as ever; and Los Angeles coming off more like a newly minted MFA sprung from UCLA—earnest and enthusiastic, ready to talk. I think they’re both great, though their casual and formal relationships to the market differ, and I would tell a kid artist gunning for grad school (or a more seasoned artist looking to flee the provinces) to visit both as extensively as possible before deciding which megapolis suits their idea of their art and the future. (Keep expense in mind. Young artists live like cockroaches in both cities.) And I think every American seriously interested in art should try to visit each of these hubs a few times a year, at least.

Here are the highlights of my visit (along with a bit of my sub-par photography to help walk you through it).

The Getty in Los Angeles, up there on that hill, is of course quite the destination, and while the special exhibitions didn’t bowl me over (outside of the Giovanni di Paolo show), the permanent collections did. A room of Rembrandts,  a Hans Hoffmann painting (the other Hans), gardens with Moore and Hepworth. These sections of the museum and its grounds are like surprise exclamation points. It wants to wow you; it does wow you. I stayed half a day. 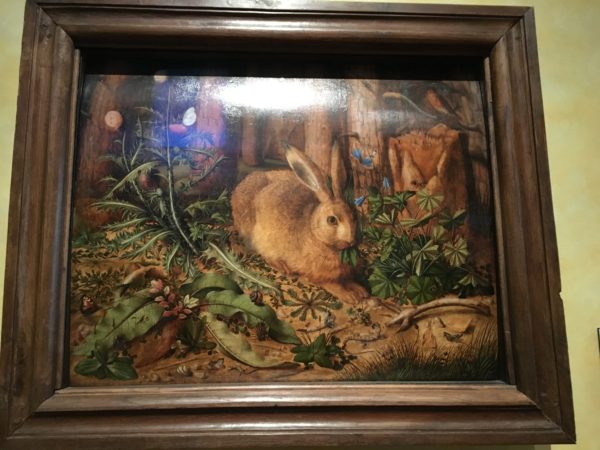 Hofmann at the Getty

The Getty was also a pretty good way to kick off that leg of the trip because it has what I think of as a quintessential LA dedication to presentation. The art scene in the city that gave us Hollywood has an unsurprising fetish for production value. The younger galleries downtown and beyond might take their cue from matter-of-fact New York, but the LA museums introduce themselves to visitors with a “ta da!” eagerness to please, and the vibe is entirely friendly and proud. The big crowds at all the museums was promising too. Art is trendy in LA, but I didn’t feel any attendant cynicism in the crowds. Everyone is happy to be there, everyone is happy to be in LA. Why not? The weather is (generally) amazing. 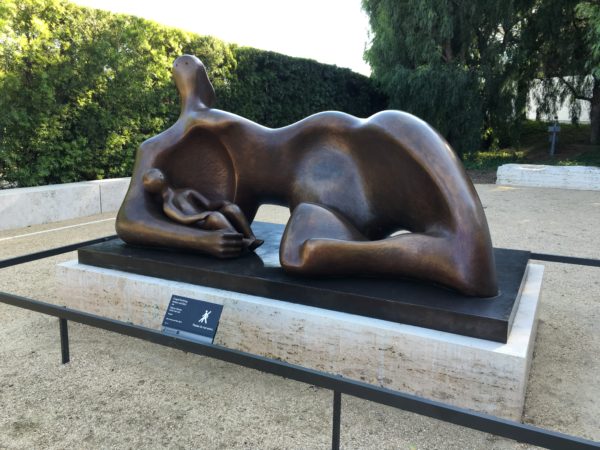 Henry Moore at the Getty 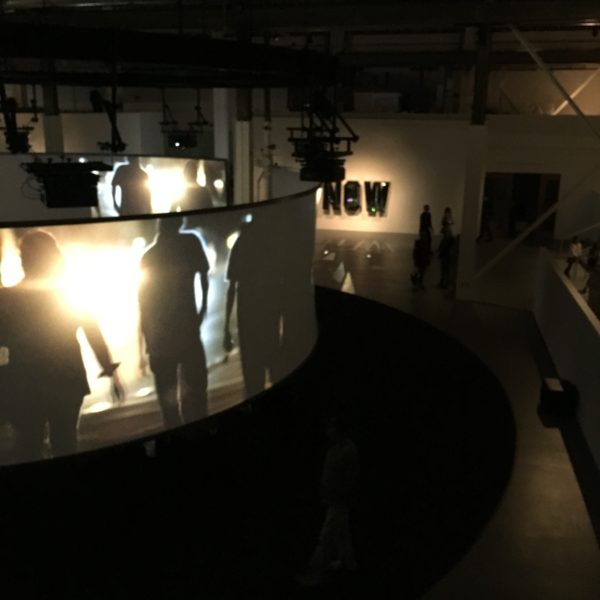 Doug Aitken at the Geffen

MOCA at the Geffen was hosting a big solo retrospective by Doug Aitken, which I was excited about, because I’ve historically liked his work, but the show left me a little cold. There’s no arguing about Aitken’s way with editing and sound, but his increasing commitment to providing a big, glossy cinematic experience is at the expense of a genuine visceral punch, and I got the feeling I was watching a frustrated mini-Kubrick trying to decide whether to make the leap to movie making, a la Anton Corbijn or Tom Ford or even Schnabel. I have no idea who would write Aitken’s scripts. I don’t think it would be him. His ideas work better when they’re concise and the delivery is narrow and punchy. The bigger he gets the flabbier the impact. And everything in his show that wasn’t video was embarrassingly bad and even student-like. The sculpture and wall pieces were space filler. 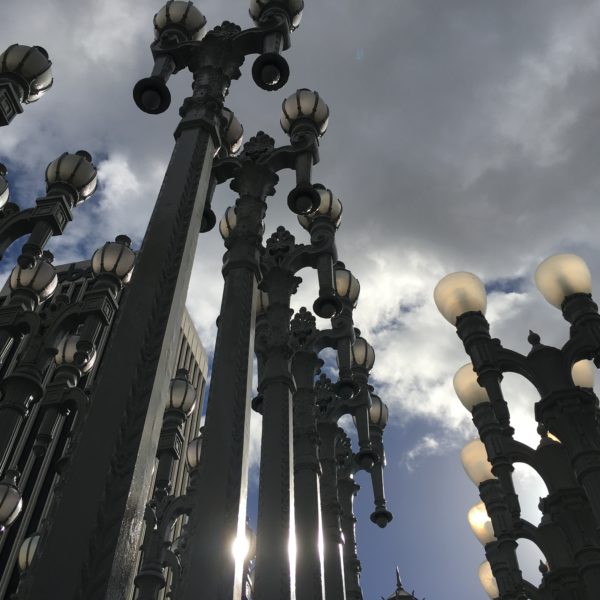 Now LACMA I like. The whole big place receives you like a favorite, gregarious uncle you haven’t seen in far too long. The permanent collection and the modernist collections on loan are spectacular. German Expressionism is a big one right now. I could have stayed all day, but I was with my mom that weekend and after a few hours, she needed a Reuben. (Off to Canter’s.) I’ll give a whole day to LACMA on my next stay. 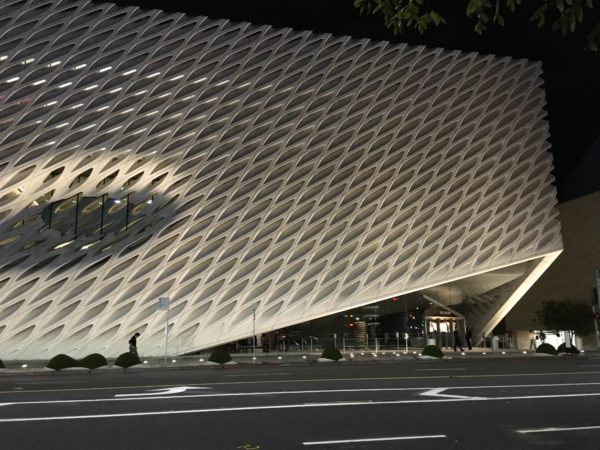 Disappointment of the trip: I didn’t get into the Broad. The lines were insane. Here’s a pic of the Moby-Dick I took at night while walking around downtown. Next time, you crazy whale.

Over in New York, I had two full days and I lazer-focused my strategy, and made a short list of musts: Pipilotti Rist, Kerry James Marshall, Picabia, Agnes Martin, Klimt (I know, I know), Beckmann and Fragonard, and… the Christmas windows. Give me that. 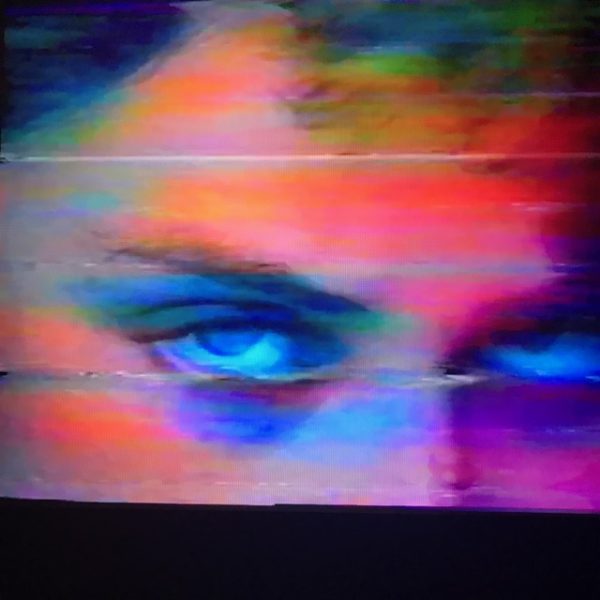 Rist was at the New Museum and while I knew I’d like it (a lot), I did not know I would practically sob with gratitude about how freaking good she really is. She’s the embodiment of intuition meets shaman guide; her work feels almost tossed-off and loose and rangy, and yet she never, ever leaves you stranded. She’s the twin you wanted for yourself in the womb; mischievous, knowing, generous, loving. And dirty. Perfect. I was so chuffed to see parents with their kids there I wanted to walk up to each one of them and thank them for doing parenting right. There’s nothing accidental about Rist’s videos, not even the earliest ones (they’re here, in a row of ingenious cone-shaped individual watching devices). She makes Aitken look constipated. 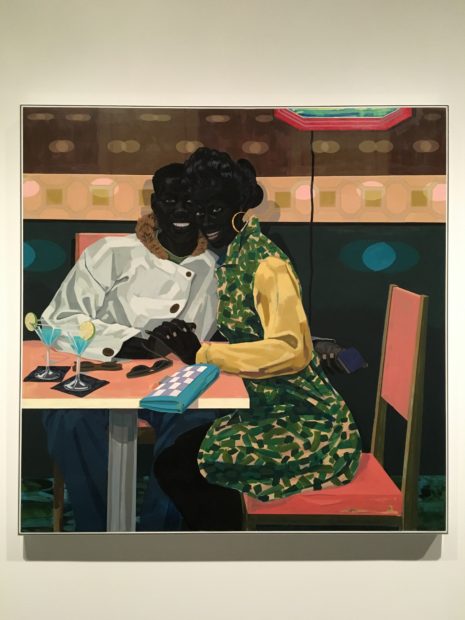 Kerry James Marshall at The Met Breuer (and thank God that building is still a museum). What can I say? Here is an artist who, no matter how sharply political he is, the medium is a perfect (perfect) delivery system and everything feels both as smooth as silk and as electrifying as a lightning strike. There’s a good reason everyone loves his paintings. His people are totally alive; they are about to step off the canvas and speak to you. You can hear their voices. His is an incredible gift to make work that both vibrates with content and meaning, and looks timeless. This is the artist’s poker hand holding four aces. I’ll remember this show until I die. 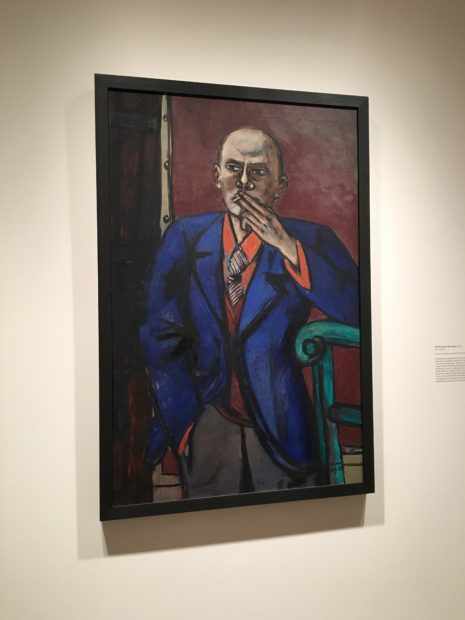 I spent the rest of that day at The Met proper, mainly to see both the Beckmann and Fragonard shows (it was like being a child of divorce), but I got happily lost throughout the museum and stayed until they kicked us out. I often forget how immersive and staggering The Met is, and I end up saying under my breath, over and over, two things: 1) what happens to all this if NYC gets hit by a bomb or hurricane, and 2) this is an embarrassment of riches and I’m so happy right now. I did The Met at the expense of the Whitney. I’m not sorry. There’s always next time. 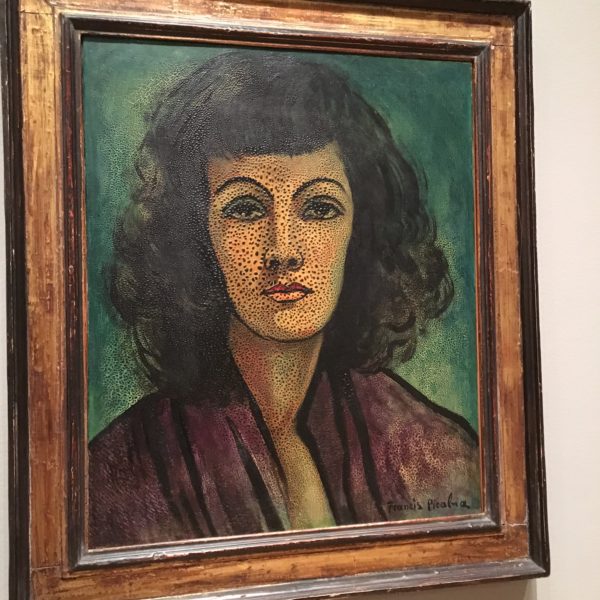 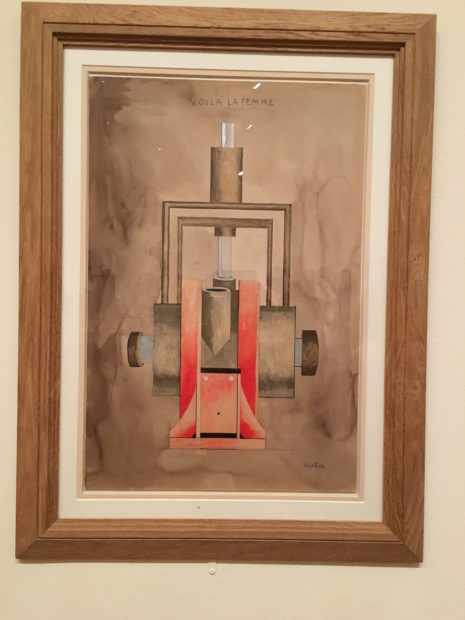 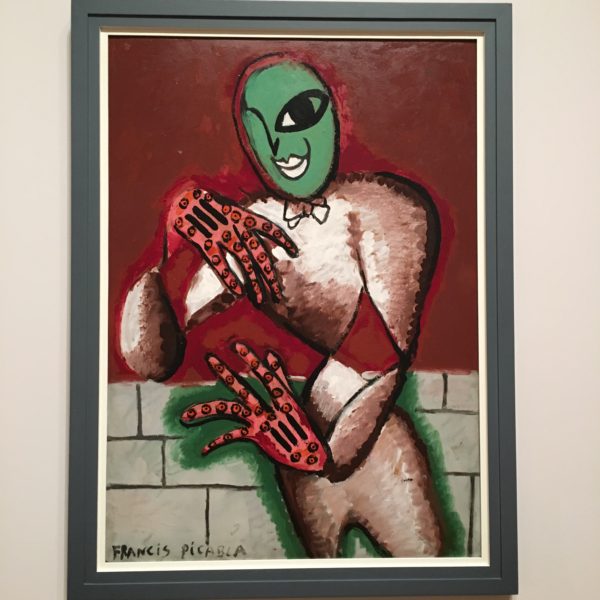 Picabia at MoMA was a trip. Let’s put it this way: I learned a lot. There’s no way to get one’s head fully around Picabia because he doesn’t allow it, which is a lot of fun as long as you don’t clench up. I found his chopping and changing both liberating and vertigo-inducing, but the through line is his defiance and his unwillingness to compromise. Two world wars will do that to a smart artist. He goes full-bore into any new thing and the sheer momentum takes you with him. He is both grating and warm. I won’t forget that show, either.

I won’t say much about the Klimt show (no photography allowed) at the Neue Galerie other than, once we all get over our early-college snobbery against The Kiss posters in the dorm: the work is objectively beautiful (and more than a little sexy); and as for the spectacular townhouse that houses the Neue: someone used to live there. I was last there for the Degenerate art show, but even in that wrenching case the house’s grandeur was its own star, for both better and for worse. There’s a slight cheesiness to it right now; a slight decadence that reads as inappropriate in its willingness to luxuriate. The museum was actually playing a Viennese waltz in one room. 😐 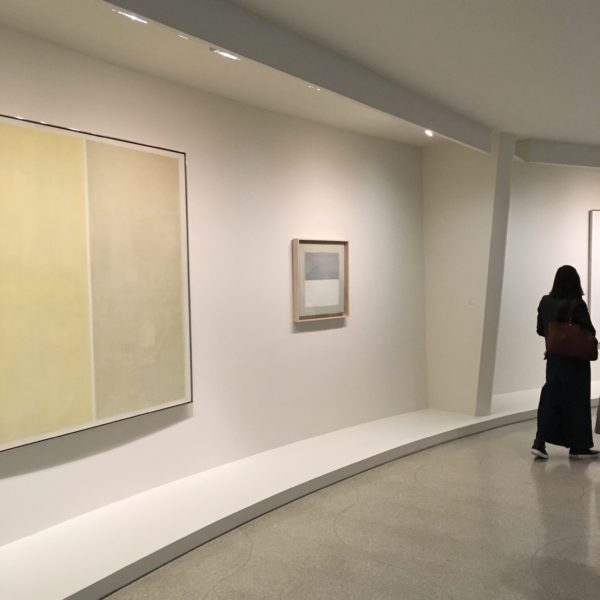 The Martin retrospective at the Guggenheim really is a good as people are saying. Here’s the thing, and it sums it up: About halfway down the ramp, I overheard a mother say to her teenage son “Well, you know, she figured out what she liked to do.” Exactly. Lucky for us. So while you might expect that the works would get repetitive after three consecutive bays or twenty (remember the Guggenheim unfurls in bays), every time you wander to the next bay, you get giddy all over again. These are such beautiful paintings, and you want to wake up looking at one. Maybe in another life. (A couple of notable Dallas collectors do, though. I spotted their Martins on loan here.) But you have to be in a room with one to get it; photographs don’t work here.

Here’s the other thing I like thinking about. New York really does have the art world locked up. So many of the works in this giant show came from other New York museums and private collections—just the neighbors down the street. Guggenheim: “Hey, we’re putting on a show. Can we borrow the big one from 1967?” Door-to-door service. It’s like the FreshDirect solution of NYC museum shows, because New York rolls like that.

Both Art Lovers AND Haters Look Forward to...

Troves of great art in both. But I have to wonder what’s actually attainable. It’s a gap that’s hard to comprehend.

I thought this was a site for [Texas visual art]? ?