A few years ago, I visited some friends in Aspen during the summer. Aspen has acquired a bit of a douchey reputation, which is unfair because a) it’s beautiful, dry and cool in July; and b) it has a pretty robust intellectual community. (My friends are smart and decidedly un-douchelike.) Anyway, while I was there I happened to see a talk between Walter Isaacson, the director of the Aspen Institute and former editor of Time magazine, and Tina Brown, who is a hero of mine, regardless of what anybody says about Newsweek or the Daily Beast. As a teenager in the ’80s, I was devoted to Brown’s Vanity Fair—like Life magazine for a previous generation, Vanity Fair in the 1980s had the cleverest writers, the best photography, the most interesting subjects… it was a great magazine to cut one’s teeth on, and I chewed through each month’s issue as soon as it arrived. (After Tina Brown turned Vanity Fair into something from nothing, she tackled the New Yorker, ruffling people’s feathers by firing writers who hadn’t contributed in decades, and—this seems incredible now—going so far as to introduce color photography.)

So my generous Aspen host knew I was a big fan of Brown, and arranged for us to attend the talk.

It’s one thing to read about people you admire from afar, to look at images of their work in books and magazines. It’s another thing to see them speaking in a fairly intimate room. I learned two things from that talk: 1. that Tina Brown is very charming and a little scary; and 2. that it can be a great pleasure to witness one’s heroes in the flesh. 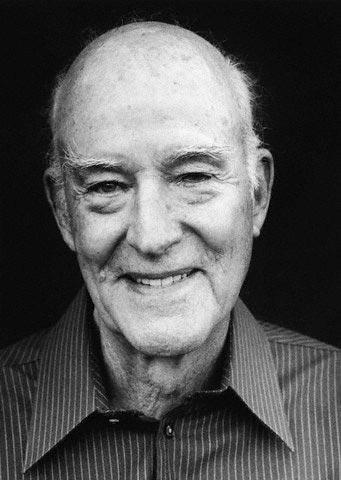 The following year, Glasstire invited the great writer Dave Hickey to Houston for a talk in conjunction with his new book Pirates and Farmers. This was the first time Glasstire had ever hosted a live event with a writer, and Dave of course was a big hit.

All of which leads me to the conversation coming up in Houston we announced this week, between the legendary artist Robert Irwin and Michael Govan, the director of LACMA. This will be the first in a series of talks hosted by Glasstire, for a new project we’re calling Off Road. Ever since I saw that Tina Brown/Walter Isaacson conversation, I’ve wanted to do something similar with Glasstire, and as a publication that’s been online-only ever since the notion of online-only magazines existed, we’re now finally stepping for real into the meatspace. We’re going to bring our audience face-to-face with the great minds of our time. 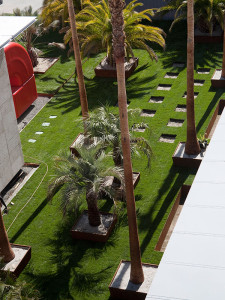 We hope to see you on October 17th for Robert Irwin and Michael Govan. These guys go way back, as Govan was the director of Dia when Irwin was commissioned to create the architecture and gardens for Dia:Beacon, and they’ve since worked together on other projects. Irwin has had a big year, with shows in Europe and his Dia:Beacon show opening this past summer. Both he and Govan are witty and charming individuals who will swap some good war stories and share insights on his current project, scheduled to open next year at the Chinati Foundation in Marfa.

After the Irwin/Govan talk on October 17th (tickets are free but you must reserve your seat; you can do so here); William Wegman will be here next year on April 30th. We look forward to enjoying his idiosyncratic wit as he discusses his work, and his humor, and the dogs. You won’t want to miss that either. 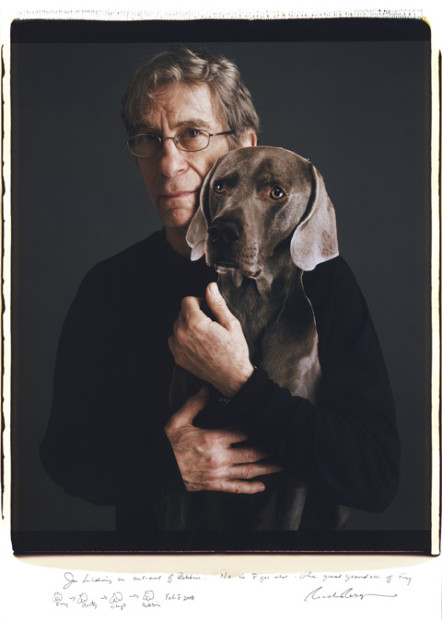 Ultimately we plan to grow this into an annual series of talks occurring at the same time – a sort of New Yorker Festival for Texas. I’ve always admired their format of shooting for the moon in terms of speakers, and casting a wide net interms of topics. I think Glasstire is uniquely suited to take that model and put our own spin on it for our readers here in Texas. We’ve got big plans to, anyway.

Lastly, Glasstire is a non-profit organization, and Off Road is our fundraiser, designed to replace older models (galas, auctions) that tend to hemorrhage staff hours and lean too hard on the goodwill of artists and galleries, for little or no programmatic outcome. By contrast, Off Road is designed to be an extension of what we already do: we bring artists and audiences together. We’re very excited about our inaugural lineup this year, and we’re already working on speakers for 2017.