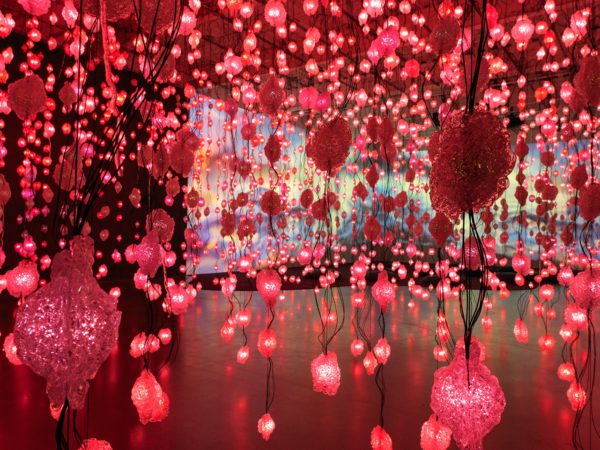 In June, the Museum of Fine Arts, Houston will open Pipilotti Rist: Pixel Forest and Worry Will Vanish, an exhibition of two works by Rist that have been recently acquired by the museum. Created in 2016, Pixel Forest was a highly-photographed component of Rist’s 2016-17 show at the New Museum in New York (which Ben Davis called “absolutely shameless, in a good way“). For its presentation at the MFAH, the artist and her collaborator Kaori Kuwabara have customized the work to fill the museum’s Cullinan Hall, the vast mezzanine gallery where the museum has installed their crowd-pleaser summertime playground installations for the past several years. The installation is comprised of hanging LED lights encased in resin that are controlled by signals that cause the canopy of light to be in constant motion.

(If this feels more than a little familiar to the MFAH’s presentation of Yayo Kusama’s Infinity Room last summer, which the museum also acquired, you could be on to something. It’s absolutely shameless — but in a good way! Let the Instagramming begin!) 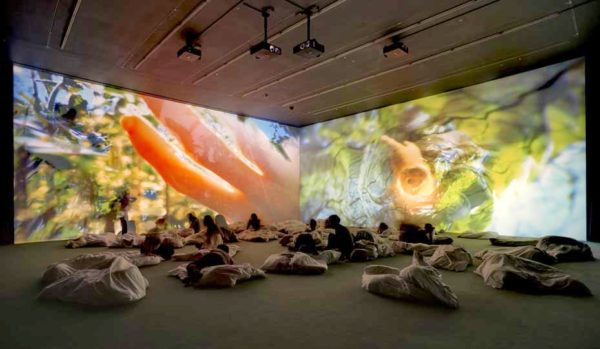 The second Rist piece on view, Worry Will Vanish, is a 2014 two-channel video that attempts to merge images of the body and nature, showing the interconnectedness of the two. The video’s soundtrack was created in collaboration with the composer Anders Guggisberg, who has worked with Rist. In their press release, the MFAH says that visitors “are invited to recline on pillows and lose themselves in Rist’s cosmos.”

Pipilotti Rist was born in the Rhine Valley, Switzerland, in 1962 and is currently based in Zürich. Her exhibition at the MFAH will open on June 11 and run through September 17, 2017.