Another Dallas Space Shut Down By the Fire Marshal 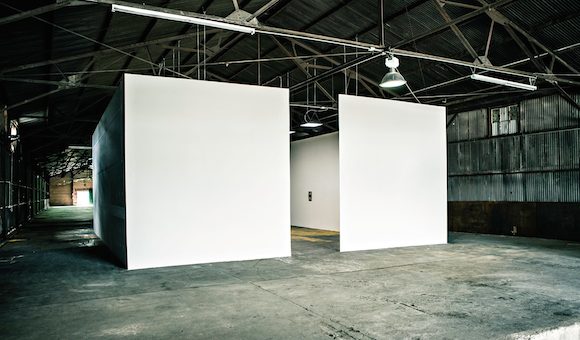 The Box Company, a highly anticipated new exhibition space in Dallas, was set to open to the public with a two-person show on Saturday night. It didn’t, because the previous night, during a private (non-publicized) collectors’ preview of the inaugural show, officers from the Fire Marshal’s department showed up early in the evening and shut it down, as they have been doing to art spaces throughout the city since late last year. The Box Company received two citations: one for not yet having its certificate of occupancy (which was in the pipeline and had been delayed) and one for preview goers not clearing out quickly enough, despite the presence of many police officers who had been called in “for backup.” (The breakup of the evening was by all accounts peaceful.)

Box Company founders Jason and Nancy Koen told Glasstire that they still have no idea how the Fire Marshal’s office would have known that any event was taking place as early as Friday, given the very tight nature of that night’s invite list. The following day, the Koens sent out word that the pubic opening set for Saturday evening would be postponed.

In the weeks-long process of securing a CO for the former manufacturing space and the days leading up to the opening weekend, the Koens had been told by city officials not to worry about Fire Marshal interference, and in case of it to simply explain to the Fire Marshal officers that the CO was still being processed, and that this would, presumably, be enough to reassure the Fire Marshal’s office that the Box Company should be allowed to operate in the meantime.

The Koens will proceed with acquiring the Box Company’s CO, and will soon announce a new opening date for the space and its show.

There is a local conspiracy theory that the fire marshal’s office is targeting art events as retaliation for the Museum Tower disaster. (The tower, which is owned at least in part by the firemen’s pension fund, has been a magnet for bad press since it won LEED certification by cladding itself in blinding mirrored glass that burns the surrounding area, specifically the Nasher Sculpture Center. It’s been very ugly and was covered in Glasstire as well as the New York Times.)

It’s tempting to dismiss that conspiracy theory — I’ve talked to at least one Dallas dealer who thinks that idea is absurd. But this seems like it was really an extreme example. On the night of the preview, the artist Francisco Moreno posted an image (which appears to have been taken down) to his Instagram account of a single woman visitor surrounded by at least five firemen at the preview. Ridiculous.

If it were true that the fire marshal were targeting art events as punishment rather than routine, then they are hurting the wrong people by going after these grassroots spaces.

I was giving the guy a bit of the benefit of the doubt when I first heard about this because fire safety is important, and some galleries install DIY lighting, etc. But now I’ve become a believer in the conspiracy. Galleries probably contain less than 25% of the fire fuel of most other businesses and don’t have ignition sources. They’re virtually empty and have an easy egress. Holiday retail and restaurant rush hours have similar densities of people, and manufacturing and restaurants are a much higher risk for fire.

It’s kinda of amazing that the best anecdote the fire marshall could come up with is the Whitesnake pyrotechnics club fire from 2003. I’m surprised he didn’t also quote the Onion article about the Yo La Tengo nightclub disaster.

Smells a lot like the over-regulatory nonsense that stifled the food truck scene… and farmers markets… and now art. Dallas as an extension of Texas fronts that it’s all about freedom until you want to open a business that isn’t big, or start something interesting or think outside the box.

While I find the conspiracy theory to be entertaining, it seems much more likely that this probably has more to do with the future plans of some developer, than retaliation for support of the Change the Glass, Save the Grass campaign. Look at the area the fire marshals have targeted. It is ripe for takeover, by developers. Just west of this site, they have their eyes on Fair Park, itself. Plans to turn city properties over to private developers are both in the works, and, in other cases, a done deal. I only wish these greedy bastards had some taste. What they’ve done so far makes South Park’s take on over-gentrification seem downright appealing.