Francisco Moreno’s Chapel Acquired by the Dallas Museum of Art 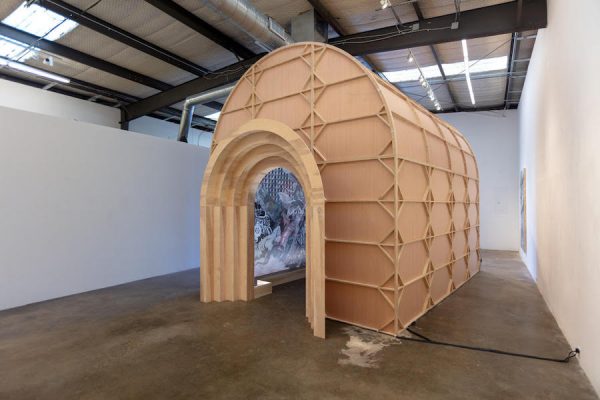 The Chapel installed at Erin Cluley in 2018. Photography by Kevin Todora

In April 2018, the large installation work Francisco Moreno: Chapel and Accompanying Works (read more about it here) debuted at Erin Cluley Gallery in Dallas. It’s central sculpture, a painting installation titled The Chapel, has now been acquired by the Dallas Museum of Art (DMA). Moreno first proposed the work during a presentation as a finalist for the Nasher sculpture center’s microgrant program, for which he was a recipient in 2016. As described in the Nasher’s  press release for the award, Moreno’s painting was inspired by the Hermitage of the Vera Cruz de Maderuelo at the Prado in Spain.

About the acquisition, the DMA’s Senior Curator of Contemporary Art Anna Katherine Brodbeck says: “Moreno’s Chapel is indicative of the goals of the DMA’s collection and programming plans: to promote innovative contemporary art that engages with the past, where it can be seen in the context of our rich encyclopedic collection.” She continues, “Indeed, many touchstones for Moreno’s immersive and singular vision —  Baroque, Meso-American and modern art — can be seen throughout the Museum. We are so proud to include this ambitious installation by a Dallas-based artist in our collection and look forward to putting it on view to be enjoyed by our audiences in the near future.” 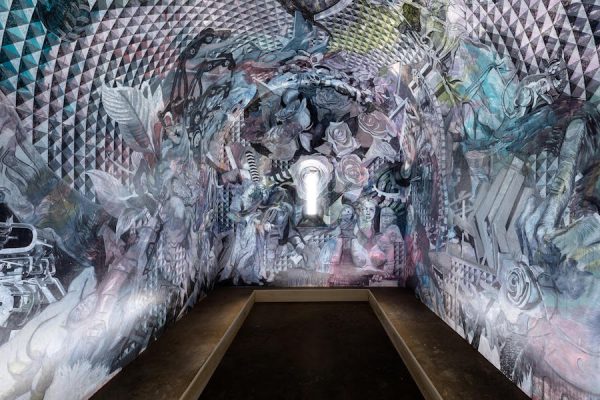 In the piece, Moreno references a range of works that speak to the history of painting, sculpture, architecture and cultural production, and his heritage as a Mexican born American citizen.

Francisco Moreno was born in Mexico City in 1986, and moved to Arlington, Texas in 1992.  In 2006, he attended the Conceptual Design Summer Program at the Tecnológico de Monterrey, Querétaro Campus in Mexico. In 2012, he graduated with a Masters in Fine Art from the Rhode Island School of Design with the prestigious Presidential Scholar Tuition award.  Moreno’s work has been exhibited in New York City, New York; Providence, Rhode Island; Stowe, Vermont; Concord, Massachusetts; Dallas, Texas; and San Juan, Puerto Rico. 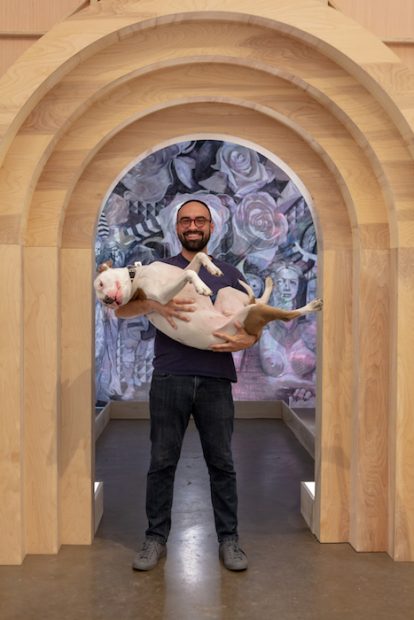 Excellent news all around! Congrats for the museum and the artist!