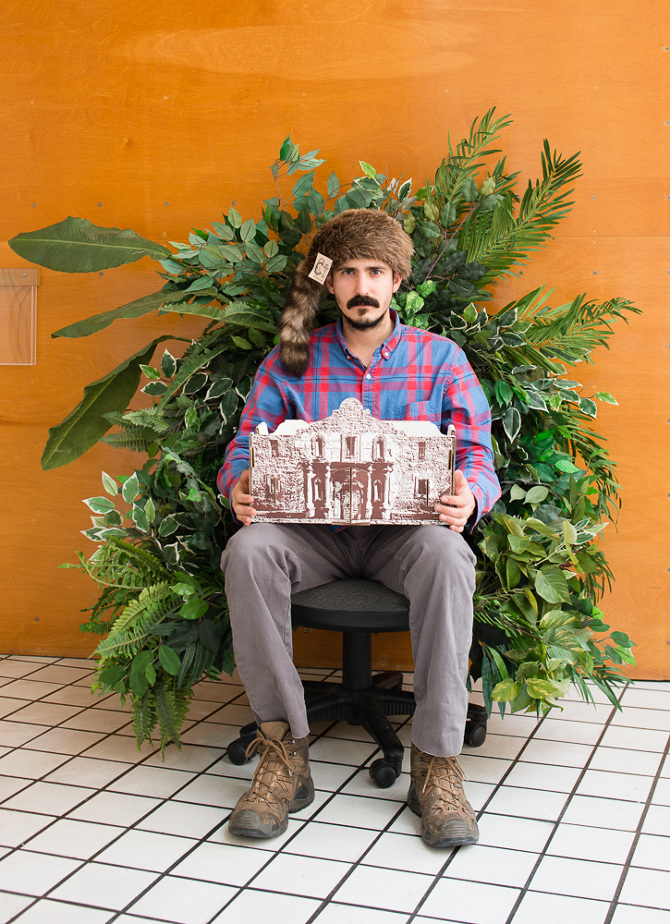 From Act Like the Natives, 2014. Originally commissioned and produced by Artpace. Photo Credit: Mark Menjivar

The Tanne Foundation announced its 2016 award-winners: seven artists and one artist-run organization from across the country. San Antonio-based artist (the Foundation lists him as Crawford, TX-based) Jimmy James Canales is one of the artists who will share in the total of $55,000 in awards.

The Tanne Foundation states that it does not make “grants” but administers an “awards” program. Nominations are made by the trustees (mostly artists), so there is no application process. Tanne Awards, founded by a performance artist, recognize prior outstanding achievement by individual artists who have demonstrated exceptional talent and creativity but have limited financial resources or have difficulty obtaining funding. The awards are intended to enrich the recipient’s artistic life and are unconditional.

Among his many adventures, Canales has romanced a cactus, walked across San Antonio five times then all the way to Austin, sacrificed a low-rider bicycle, and conjured up his alter-ego: Mapache Man.