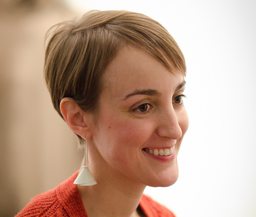 There’s been some recent shuffling in Houston’s gallery scene. In the past year, both Avis Frank Gallery and McMurtrey Gallery closed, Cindy Lisica Gallery opened, and David Shelton Gallery moved.

Now, Sarah Sudhoff, previously the director of the Houston Center for Photography, is opening Capsule Gallery in David Shelton’s former space at Isabella Court (in Midtown), alongside Inman Gallery, Samara Gallery, Art Palace, and Devin Borden. The new gallery’s programming will pair photography and craft, which is influenced by Sudhoff’s relationship with her partner, metalsmith Gary Schott.

Ashlyn Davis Steps Down As Executive Director of...