Sometimes you seem mystified by Texas. Angered, even.

“I’m sorry,” you tell us with a little smile, when we say we’re from Texas.

Look, we get it. We realize that you’re working with an idea of a place that seems ridiculous and savage, what with our exuberant fracking and our gun-waving and our politicians who invade Iraq and who threaten secession and, more recently, who cause government shutdowns. You think to yourself, who on earth would elect these yeehawing nutjobs to represent them? 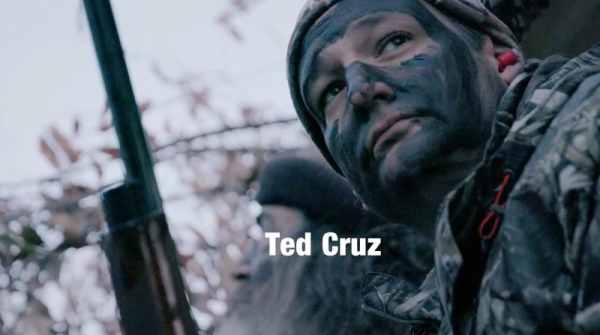 Which reminds you: there’s that ludicrous, jingoistic self-regard. We’re so irritating with our outsized state pride, our Go Texan Day, our persistent reminders that you were never your own country, and our belligerent state mottos (“Don’t Mess with Texas;” “Come and Take It;” “Big As Texas”).

The late, great Christopher Hitchens enjoyed savaging us for our habit of selecting education officials who want evolution struck from textbooks, and who think that separation of church and state is a recent plot hatched by atheists, rather than a concept enshrined in the Constitution by our skeptical, agnostic Founding Fathers. 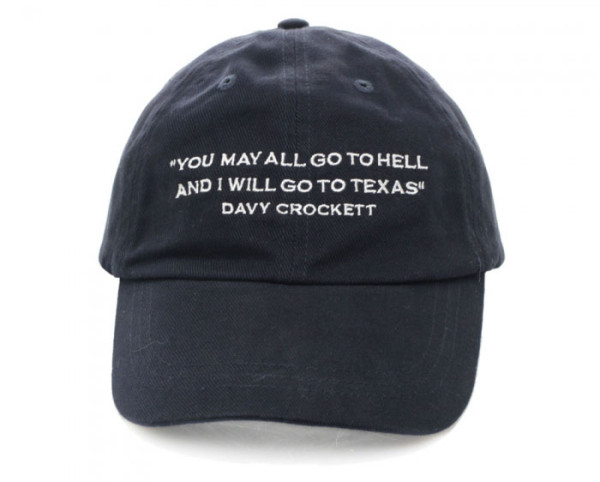 We really do get why you might have a dim view of Texas. We just think it’s a little one-dimensional. I remember years ago (when I still read the newspaper on paper), there was a full-page review in the Arts and Leisure section of the Sunday New York Times of a show at a Texas gallery I’d never heard of, of black-and-white photographs of abjectly poor people in East Texas. The images were nothing special, just bad knock-offs of Dorthea Lange or Gordon Parks. As someone intimately familiar with our statewide art scene, I wondered why this, of all the Texas art stories, was the one the NYT decided to lavish with attention that day? Then again, it makes sense that squalid Texas children sitting in dirt yards in front of decrepit meth lab trailers gets the full-page treatment, as opposed to any number of artists working here who merit serious consideration. This fits the narrative we’re all comfortable with: you over there with your culture, and us over here with ours.

But this notion of understanding people, whether they’re in Texas or anywhere else, in terms of a handful of stereotypes, is becoming more and more problematic in our world, as our national political moment makes abundantly clear. You-in-your-big-patch-of-land versus us-in-our-little-patch-of-land might have been a handy way of organizing ourselves when transportation and the flow of information were slow and difficult, but nowadays it’s an antiquated and tribal way of thinking about things. Put another way, superficial observations or criticisms make great soundbites (and rallying cries for going to war—or running for President), but have little to do with the chaos, subtlety and richness of our human reality. 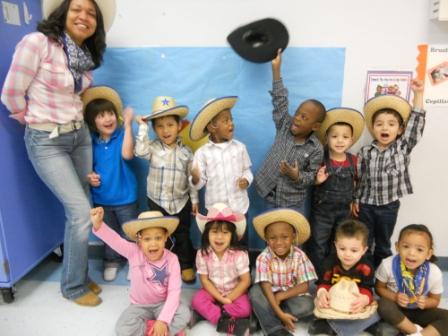 Which is not to say that there aren’t differences. Texas is different from other places. John Steinbeck compared Texas to a religion, saying that people either passionately love the place or passionately hate it, “and, as in other religions, few people dare to inspect it for fear of losing their bearings in mystery or paradox.”

It is this paradox of Texas that explains its allure for the millions of urban moderates who live here. We don’t stay because we all like our statewide politicians or our refinery pollution or closing down medical clinics that service women in rural areas. We stay because we love Texas, and we love it because—cliché or no—there’s a sense of independence, that you really can pretty much do whatever you want here. Our state character derives from the people who settled this state: tough, independent bastards who wanted out from under the establishment (which, not coincidentally, also describes many of the early settlers of our country, and many of the immigrants who come here to this day). It also describes what it is to be an artist. The artists who choose to live in Texas do so despite the fact that the art market is headquartered elsewhere. For them, the glamour and pull of the big money isn’t strong enough to overcome the pull of the Texas ethos of looking at and thinking about the world independently. 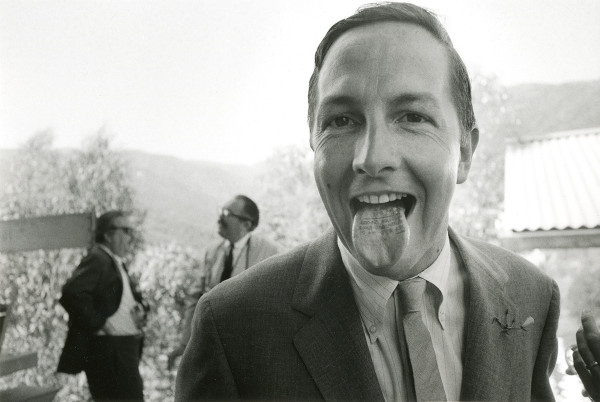 Robert Rauschenberg, who hailed from Port Arthur, TX, and yes, who moved away. The name of this site is an homage to him.

My friend Carl Horn, a manga editor for Dark Horse Comics, pointed out to me recently that the seminal British science fiction writer (and self-described “anarchist and anti-imperialist”) Michael Moorcock lives half the year in Bastrop, Texas. In 2002 Moorcock told Texas Monthly that he had moved to America in the spirit of his revolutionary hero Thomas Paine, and he chose Texas, he said, “because I didn’t want to move to one of the usual British enclaves—New York, Boston, or San Francisco… I wanted to move somewhere which had its own strong mythology and Texas has that in bucket-loads. The landscape lends itself to a very distinctive mythology which has, of course, influenced much of the world.”

Embracing the mystery and paradox of Texas means taking the good with the bad, and sometimes it seems like the rest of the country doesn’t want to take the good. Even the things that people elsewhere like about Texas are not the things we Texans care about. Only tourists get excited about Prada Marfa. There’s way more that’s cool and interesting about this state, and it offers itself up for discovery endlessly, even to people like me who’ve lived here most of their lives.

As they say, may you live in interesting times. But may you also live in an interesting place. In Texas, we do.

I’m from the Arkansas Ozarks but spent nearly five years attended Baylor University, in Waco, Texas, and I like the state.

However, we Arkansawyers know that Texans look down on us. Even Glasstire:

“The museum’s home of Bentonville, high in the Ozarks (the region is undeniably beautiful), is also home to the Walmart Corporation, and it’s a semi-charming town, but the region feels a little spooky. Its stubborn ruralness has a whiff of meth hillbilly. As I walked and drove around town and dealt with my hotel’s front-desk people and gas-station cashiers and the like, I could sometimes hear the sinister banjo playing in my head.”

That was from an article on Crystal Bridges Museum. A number of commenters took exception to these remarks, but received no response.

Sorry about the typo:

I love your piece. Am in Japan just now and wish I had had print copies of it for every American and Canadian at tonight’s
dinner table – who did not think there could be anything wonderful about Texas except maybe Big Bend. Thanks so much..

Having gone to both high-school and college in Texas, I had a bit of a feel of it.
Kingwood, Houston, Galveston, Austin, and San Antonio were a few of the places I “rested my hat”.

Words and phrasing have always been important to me, which is why your last paragraph leaves me a bit puzzled. “May you live in interesting times,” is a English expression (misattributed to the Chinese), wishing ill upon the recipient.

Your last paragraph appears to state that Texans live in both a cursed time and place.

Is that what you meant?

No, that’s not what I meant.

Rainey, do you know Molly Ivin’s statement “Texas is the national laboratory for bad gub’ment.”? Hilarious and so very true. She wrote that back in the 80’s when she was covering the Lege! When Abe Rosenthal fired Molly from the NYT because she didn’t fit in with his patriarchal views of writers and their work she returned to Dallas then settled in Austin. Why? For the very reasons you state that artists come to Texas or stay here – there is room for independent thinking.

Thanks for a great op ed. It’s good to be reminded of the great things here when met with disdain and resistance to Texas as I have been these past years working on my doc about Molly.

He studied under Keith Carter and he worked in the Clinton Administration if that explains anything.

You could almost drop the Texas from the piece and replace it with the USA. I live in California which is large state and we have many differing views of what it means to be a Californian. I am glad you brought Steinbeck into the equation. His book America and Americans written in the 60’s was seminal in bringing me home to the country I love and hate.

Rainey, I like your tribute to Texas; it’s honest, not defensive. I think Texas fosters artistry and independence. I was born and raised here, one of seven girls. I have lived in Africa, Mexico, Belize, Bangladesh, Indonesia and Vietnam and have lived in Houston since 1967, and I LOVE Texas! (btw, it’s Steinbeck)

For all its warts, Houston is an exciting city to live in. I like a place that’s looking forward, not backward.