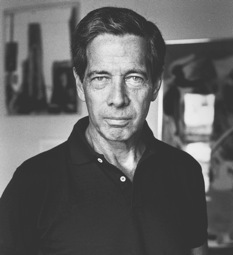 In celebration of the Menil Collection’s 25th anniversary this fall, Calvin Tomkins spoke at the Menil in conversation with director Josef Helfenstein. Because of the occasion, their discussion centered around artists connected to the Menils and Tomkins’ memories of John and Dominique de Menil. Tomkins even wore a kelly green tie in honor of John de Menil, who apparently loved solid color ties.

The conversation had some juicy anecdotes. Tomkins vividly recalled his first art writing assignment for “Newsweek,” when he interviewed Marcel Duchamp at the King Cole Bar in the St. Regis hotel. Duchamp was sitting at the bar in front of Maxfield Parrish’s mural that Tomkins described as “interminable kitsch,” and that Duchamp sincerely praised when he and Tomkins sat down to talk. Duchamp was able to turn into gold what Tomkins said were “stupid” questions.

Tomkins asked, “How do you spend your time since you stopped making art?”

Duchamp replied, “I’m a breather, a respirator, isn’t that enough?”

Tomkins pinpointed the interview with the charismatic Duchamp as what piqued his interest to pursue art writing in a more focused way. At the time, he was actually working as a foreign correspondent for “Newsweek” because they did not have a dedicated art writer. Eventually Tomkins moved to “The New Yorker,” where he wrote an art beat column called “Casuals” that led to the profiles of artists, curators, gallerists, collectors and art world luminaries that he is so known for. 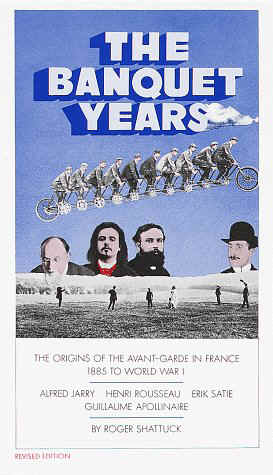 What was more interesting to me personally than these recollections was Tomkins’ own character and approach. In an extremely humble way, he traced his own journey through 1960s New York as an organic series of lucky coincidences. His time with Jean Tinguely led to Robert Rauschenberg; Rauschenberg to Cage to Cunningham, etc.

He said that at the time, he thought of his method of anecdotal profiles as doing something similar to a book he had read called “The Banquet Years: The Origins of the Avant-Garde in France – 1885 to World War I.” In this book, historian Roger Shattuck traces the emergence of the Paris avant-garde through the lives of Alfredy Jarry, Henri Rousseau, Erik Satie, and Guillaume Apollinaire. Tomkins said that he felt he was writing during an equally important cultural moment in New York in the 1960s. 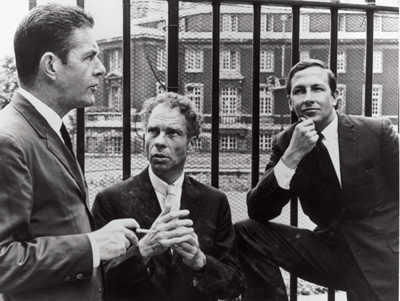 But plenty of people writing at that time in the same position could have missed or discounted the artists Tomkins wrote about. Rauschenberg was often derided as an “anti-art” prankster. Duchamp was known in the art world, but had faded from public recognition. Instead of closing himself off to these artists who seemed to defy Tomkins’ own expectations about art, Tomkins remembered with pleasure how absorbing their thinking and way of seeing the world opened him up.

He quoted a couple of times how Rauschenberg told him in regard to ideas about art and self-expression, “I think my work should be more interesting than my own personality.” Tomkins said that he had always thought art was basically about self-expression. He also said that he was fascinated by Cage’s statement that the “purpose of art is to wake us up to the life we are living, which is wonderful once we get our minds out of the way.”

Tomkins had enough sense at the time to embrace the very values that the people he was interviewing were espousing. His own relaxed, calm temperament and humble nature was most likely a perfect fit for soaking in the 1960s moment that often sought to democratize art and radically embrace the everyday, spawning pop, minimalism, conceptual and performance art. Tomkins described his own process of writing as a collaboration and “voyage of discovery,” where maybe both the subject and Tomkins would find out things about themselves that they did not know before. As he later put it, “we’re in this together and let’s hope we make it out.” I am sure such an attitude took incredible patience. He described waiting four to five hours in Rauschenberg’s studio before he was ready to talk.

It is easy to romanticize this moment that Tomkins so brilliantly captured at the time, and I wish he could come back for another conversation to focus on how things have changed. I would be very curious to know how his experiences with the current celebrities of the art world compare or contrast to his experiences with an emerging Rauschenberg or Johns, who became famous just as the art market began to boom and the art world became increasingly professionalized.

I would also love to know how self-conscious Tomkins might be of how his own profiles shape the reception of certain artists. He did mention Duchamp’s charisma in recounting his first meeting with him, and he also talked about how he visited Duchamp’s studio. During this studio visit, he said that Duchamp had a kind of unwavering confidence. Duchamp insisted on an “aretinal” or post-retinal art, but when he talked about it, he was almost amusing himself and playing with an idea. Duchamp is a forefather to conceptual art, and I wonder with art where there is less “there” (i.e. not necessarily an object to look at, etc.), how the artist’s own character or personality may play a greater role toward influencing people’s perceptions or interpretations of the art itself. (For example, it would be interesting to know how Tomkins’ time spent with Maurizio Cattelan compares to time spent with Duchamp.)

Tomkins was asked about how his profiles are or are not forms of art criticism. He did say that he did not see them as criticism since they are journalistic, but I do wonder how he makes the decision to profile one artist over another. Does he work with artists he does not like? Or does he feel very ambivalent about their work,  personally? Obviously, a trend in art criticism that many people feel has hurt the field is that people only review shows they like or want to support and rarely write anything negative. I wonder how Tomkins sees whether his profiles can be summed up as negative/positive or simply “objective,” as problematic as that word might be.

Aside from all these lingering questions, seeing Tomkins speak was an inspiring moment for me. As an art writer and curator, I often think about the ego involved with both, and how sometimes my job is simply to step out of the way. Whether it is translating the qualities of a work of art or an attempt to distill an artist’s ideas into something accessible for museum visitors, it can be hard to not twist things to fit your own preconceptions or perspective. Tomkins can be a role model for how sometimes the most important part is being there, paying attention, asking the right questions and keeping an open mind.

Joshua Fischer works as the assistant curator at Rice University Art Gallery, where he’s curated installations by Andrea Dezsö, Ana Serrano, and Yasuaki Onishi. He graduated from Trinity University where he double majored in Studio Art and Sociology. He then received an M.A. in American Studies from the University of Texas at Austin.

Tomkins has always been a great inspiration to me. One of the best columnists ever

Missed a huge opportunity to converse with Tomkins years ago in New Orleans, for NOMA’s great Degas exhibition. My family and I were staying in same hotel as Tomkins and his wife. They were so impeccably groomed and quiet–and John and the boys and I were such a noisy mess–that I felt completely unworthy of approaching him.

This is a thoughtful and lovely recap. If I couldn’t attend, at least I can see how it went. I hope you have the chance to interact with Tomkins again.

This article makes me wish I had been there at the talk. I’m putting Thomkins’ books on my Amazon list right now!